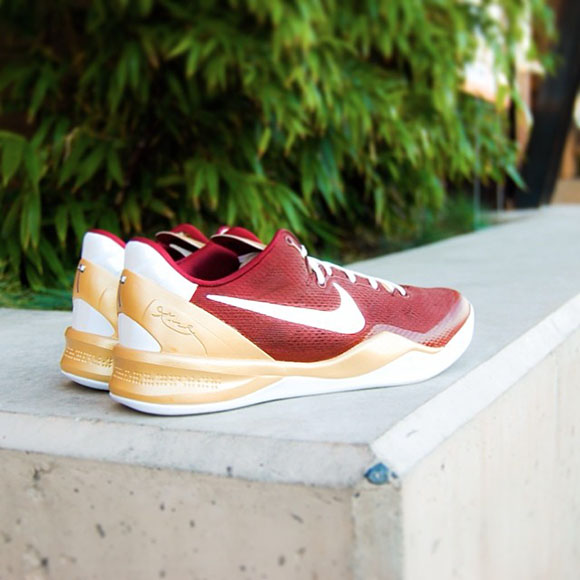 After seeing Florida State dethrone the SEC from football supremacy less than three weeks ago, JP Custom Kicks created a private order that may do the same to some of his competition. These Kobe 8’s come complete with a Garnet upper with Gold on parts of the heel panel as well as the midsole and tongue. White laces match the outsole and Nike Swoosh while features such as the Tomahawk takes its place on the heel, an arrowhead on the tongue and on the inside half of the kicks there is the Florida State logo with 2013, the year they won the championship, embroidered on it. Hopefully this private order was because he is a fan and not because he lost a bet, either way JP Customs did a fantastic job on these Kobe’s.

How do you feel about the Kobe 8 “FSU” Custom by JP Custom Kicks? Tell us in the comments section below and stay tuned to Sneakerfiles for update son everything sneakers! 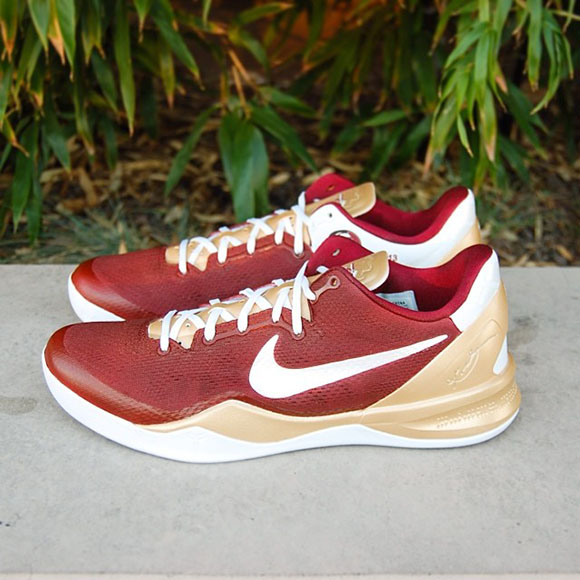 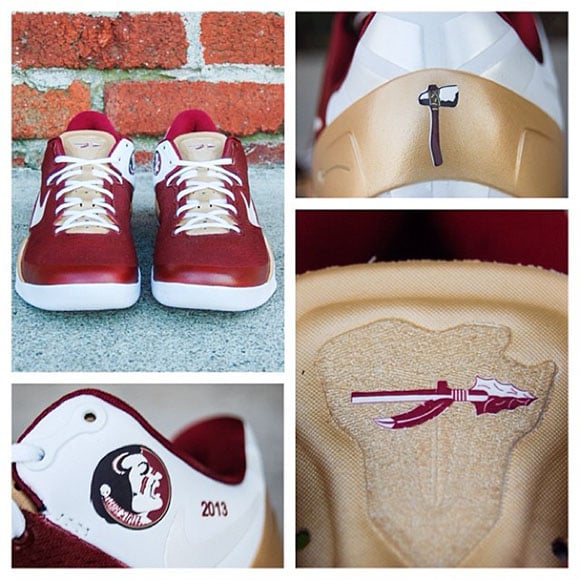