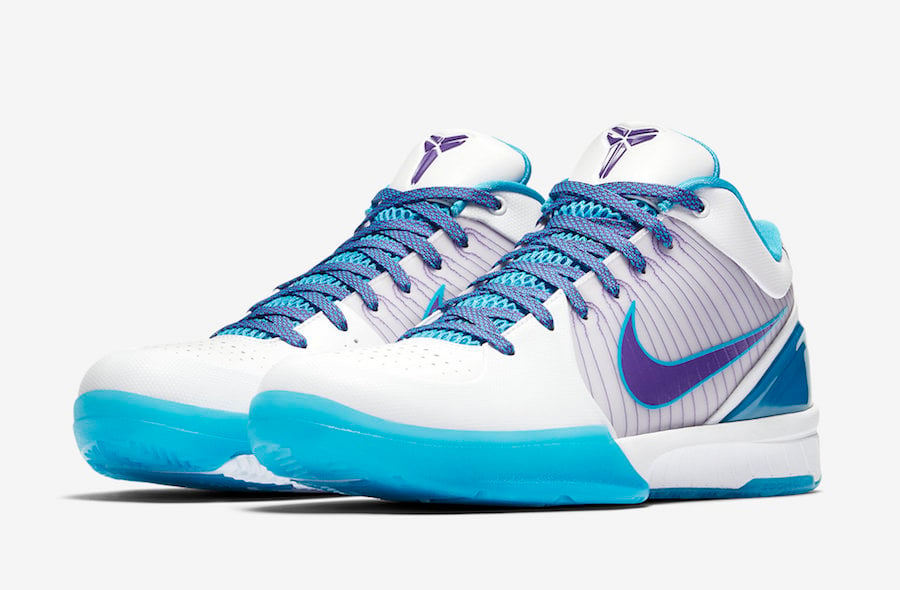 Coming dressed in a White, Orion Blue and Varsity Purple color combination. This Nike Kobe 4 Protro will resemble that of the iconic ‘Draft Day’ release. Featuring a White upper with both Blue and Purple detailing which pays tribute to Kobe Bryant originally being drafted by the Charlotte Hornets in 1996 and then traded to the Los Angeles Lakers.

You can expect the Nike Kobe 4 Protro ‘Draft Day’ to release at select Nike Basketball retailers and online at Nike.com on February 15th. Retail price is set at $175. More images can be seen by scrolling below.

Update: The ‘Draft Day’ Kobe 4 Protro will release on February 15th and is a tribute to Kobe Bryant being drafted by the Charlotte Hornets in the 1996 NBA Draft as the 13th pick. As history goes, the same day he was traded to the Los Angeles Lakers and as a nod to this moment, Nike released the ‘Draft Day’ Zoom Kobe 4 in 2009. 10 years later the model will return to celebrate the 2019 NBA All-Star Weekend in Charlotte. 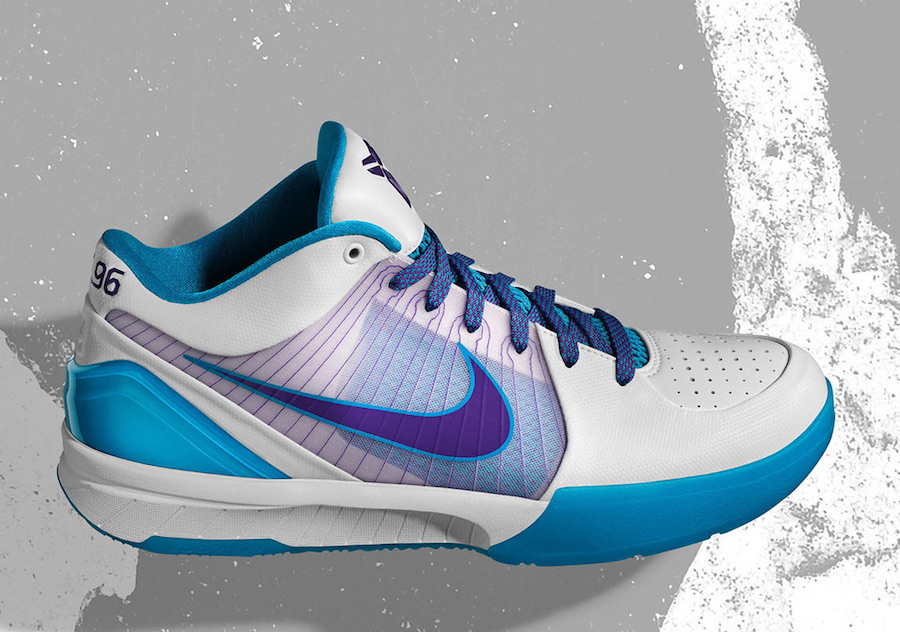 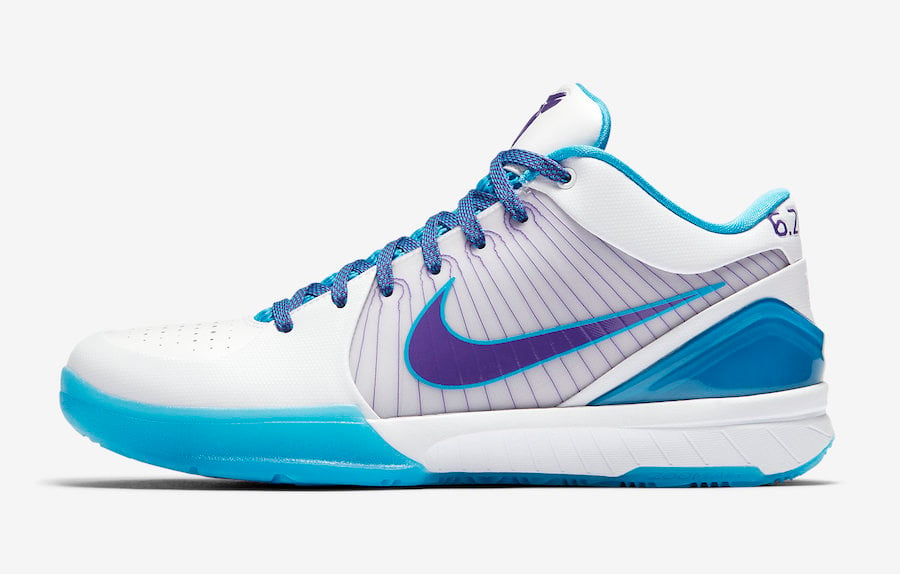 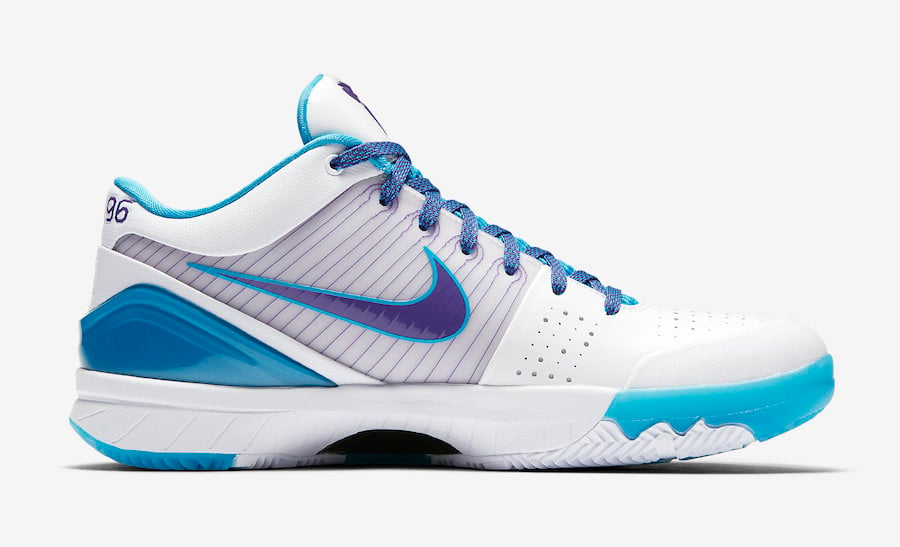 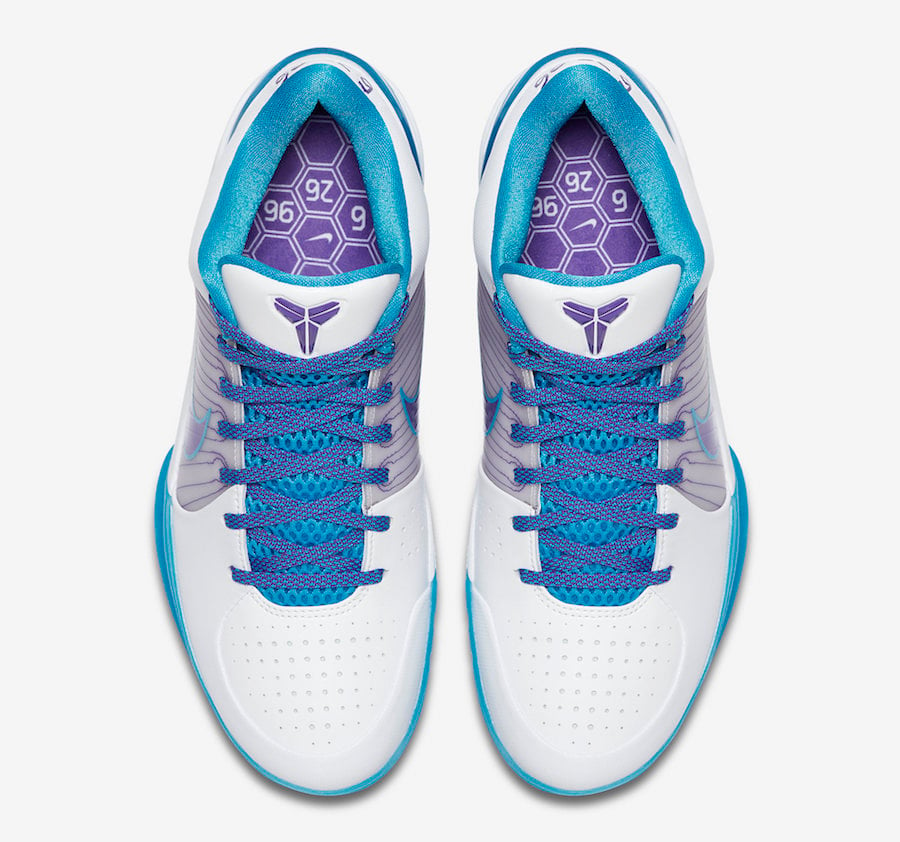 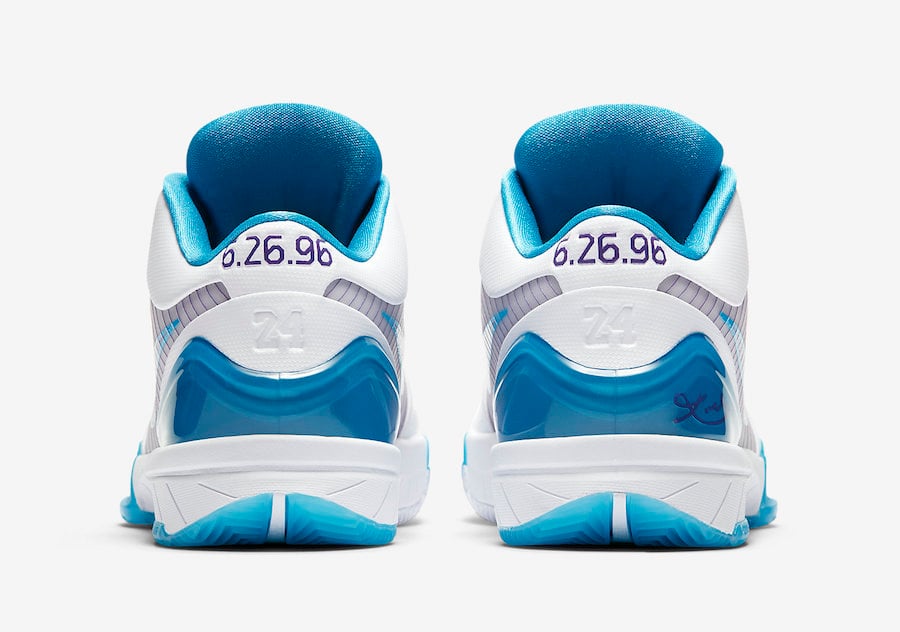 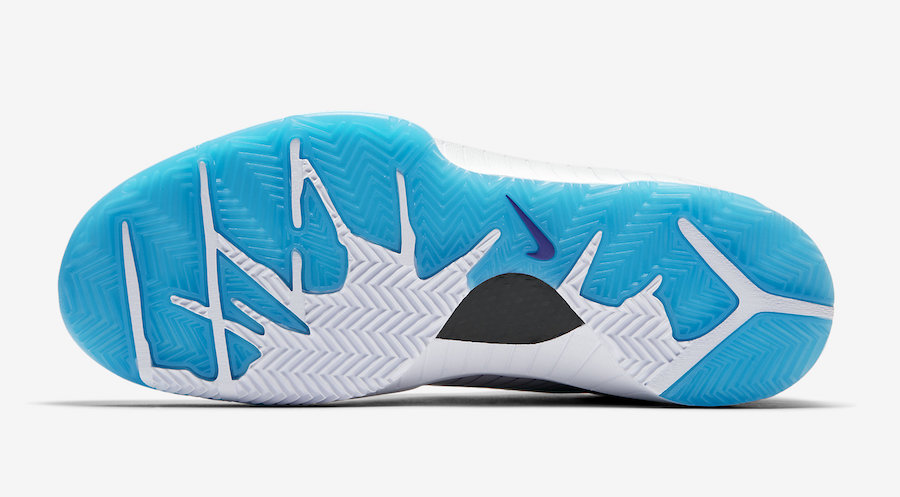 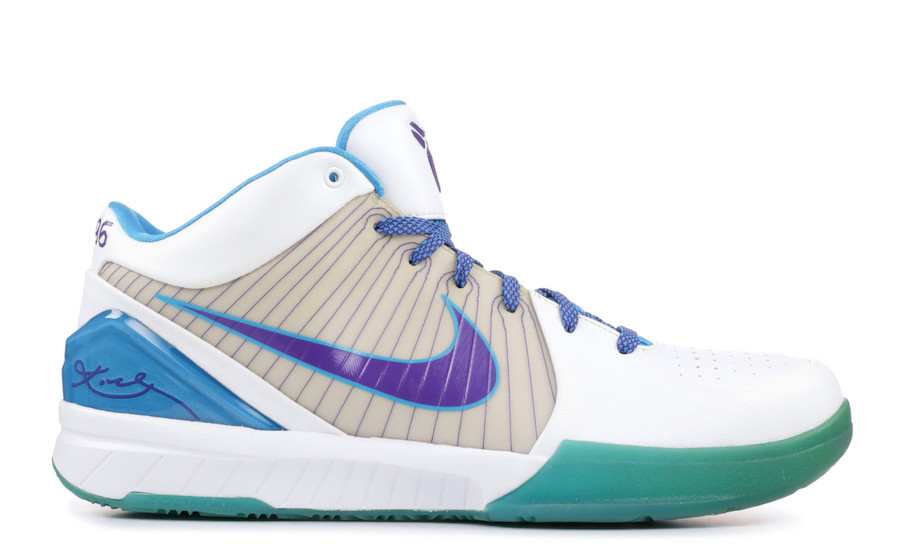 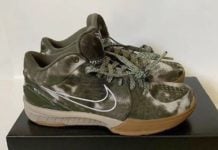 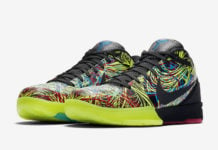 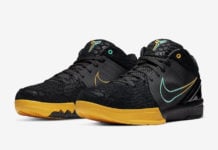 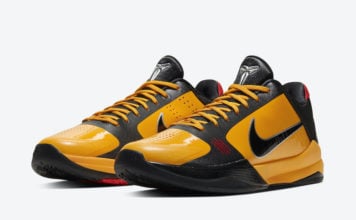