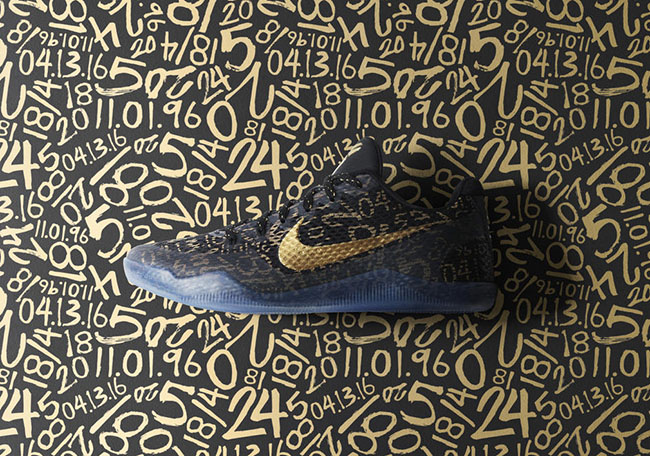 On April 13th, Kobe Bryant will play his last game before hanging up his sneakers for good from the NBA. The day, which has now been dubbed ‘Mamba Day’ will also have a special release from Nike, the Nike Kobe 11 Mamba Day iD. Only available for a limited time which will go on sale at tip-off of his final game.

This Nike Kobe 11 celebrates Bryant’s career by the numbers. It’s also open for personal interpretation, allowing athletes and fans to stamp their departing word for Bryant on the inner tongue.

The final NikeID shoe of Bryant’s professional career will feature a graphic highlighting eight notable stats that have fueled the love and hate, including: the dates of his first and last games (11.01.96 and 4.13.16), five World Championships, four All-Star MVP awards, 18 All-Star appearances, 81 points scored in a game, 20 years played in the league and 24 for his jersey number. 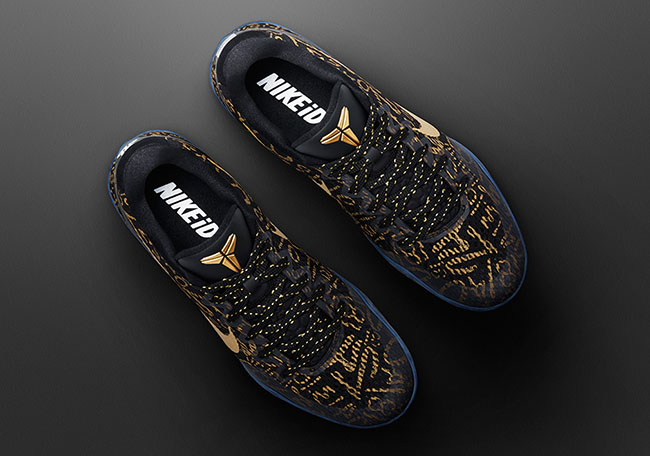 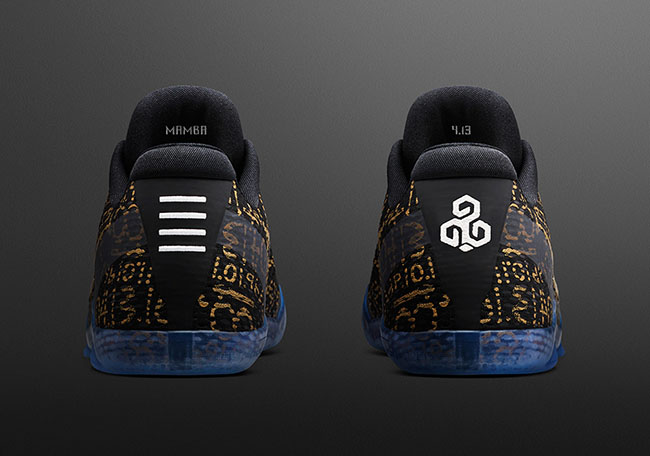