Kobe Bryant’s nickname, the Black Mamba will be represented on his latest signature shoe. Shown is the Nike Kobe 11 ‘Green Snake’.

This Nike Kobe 11 features a Green and Black color combination which also showcases a few unique graphics. The base features Black while streaks of Green and Yellow run across which resembles a snake shedding it’s skin. Following is Volt that lands on the Kobe branding while Silver hits the Nike Swoosh. In addition, the heel will feature a snakeskin texture with a Black Mamba ready to strike. Completing the look is Green used again through the midsole and outsole with a translucent finish.

Check out a few more images of the Green Snake Nike Kobe 11 below. They are set to release at Nike Basketball retailers as a GS exclusive on August 8th, 2016. Retail price will be $135. Keep scrolling to check out more images.

Update: Tomorrow the Nike Kobe 11 ‘Green Snake’ for kids will release at retailers like Shiekh Shoes. 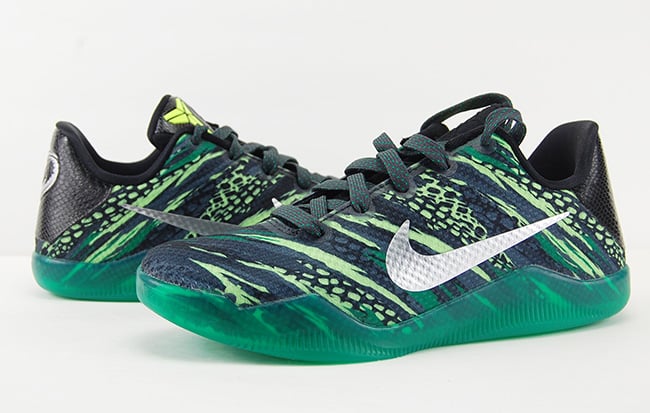 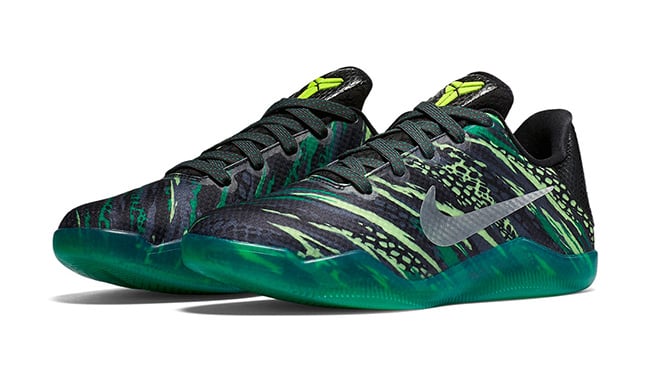 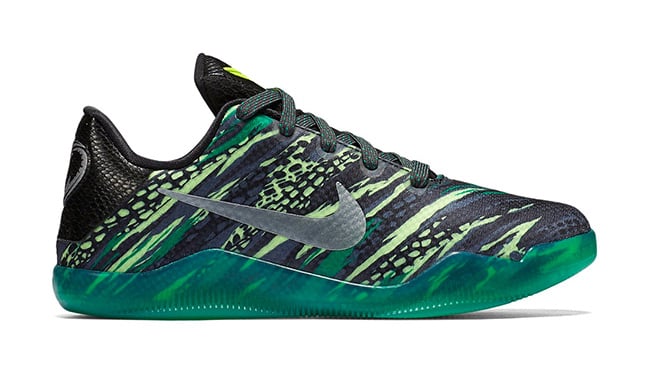 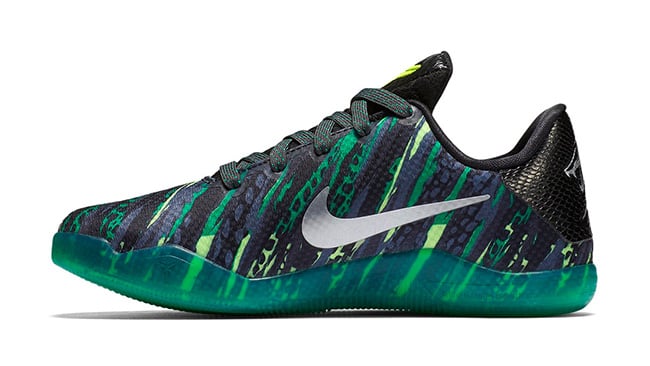 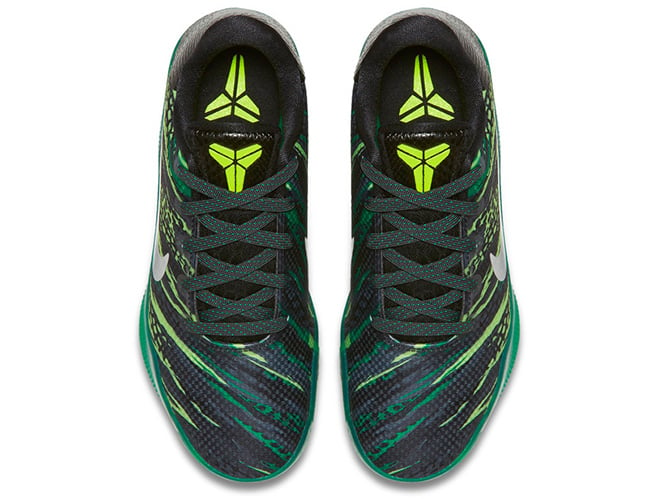 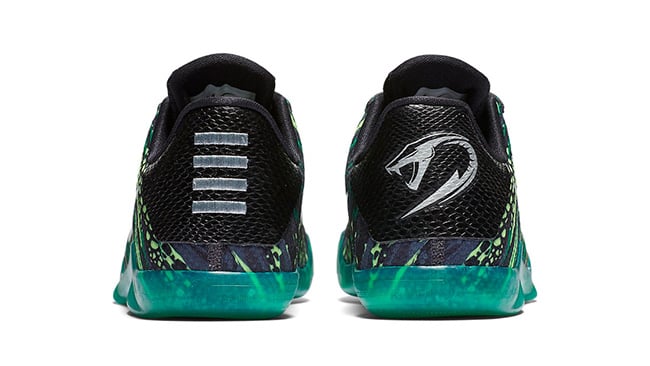 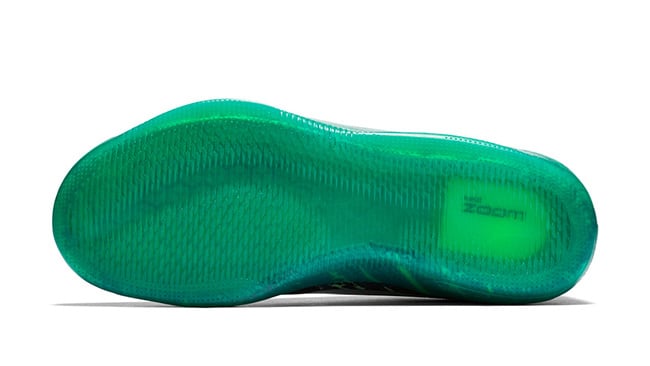 Update: The ‘Green Snake’ Nike Kobe 11 is a GS exclusive that will be available on August 8th, 2016 at retailers like Kickz101. 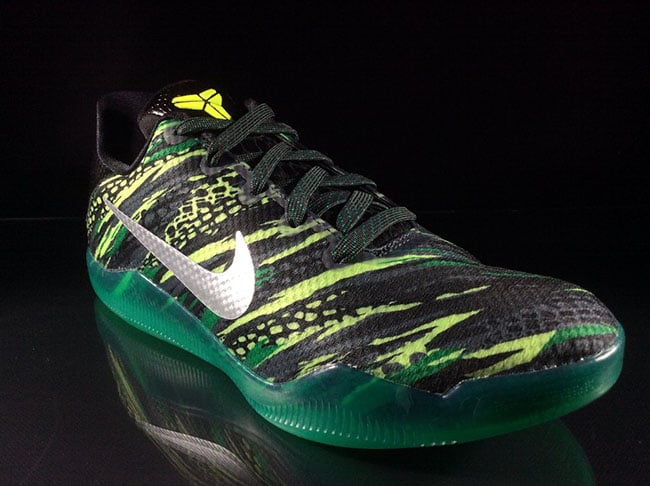 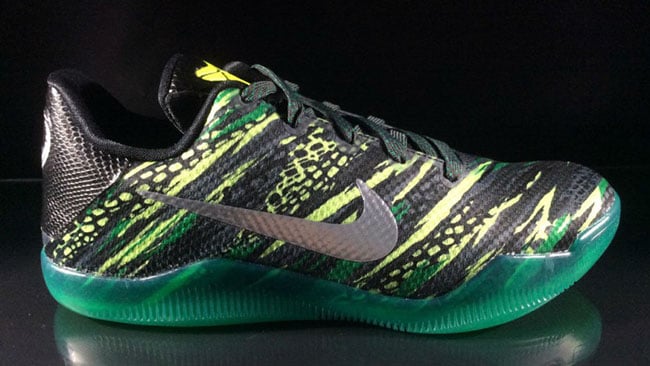 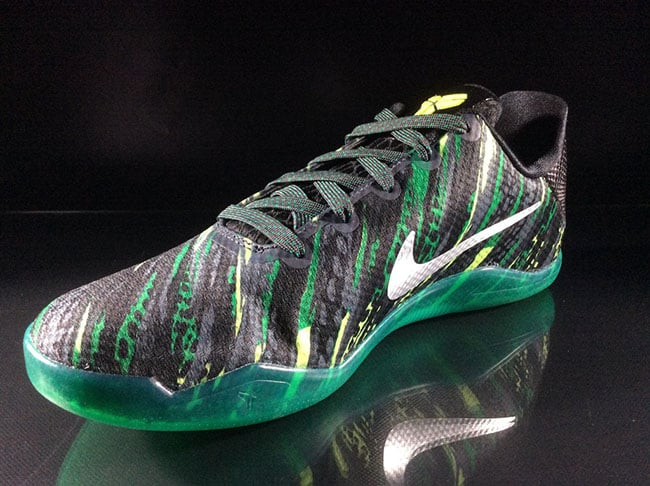 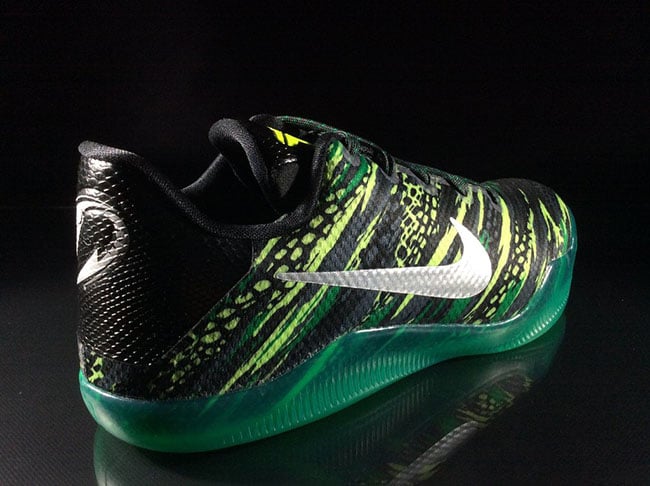 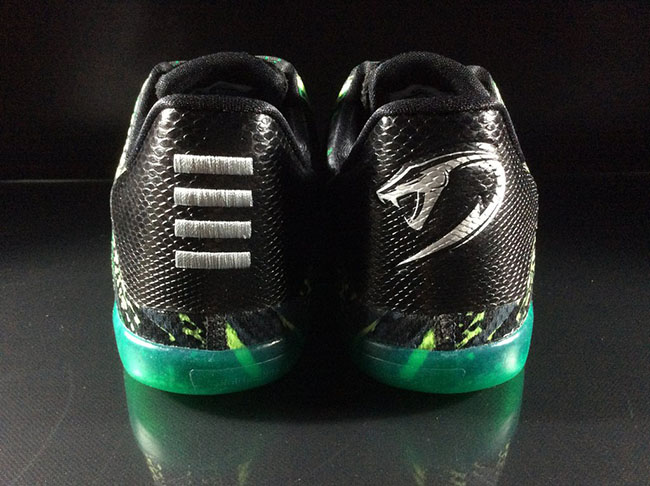 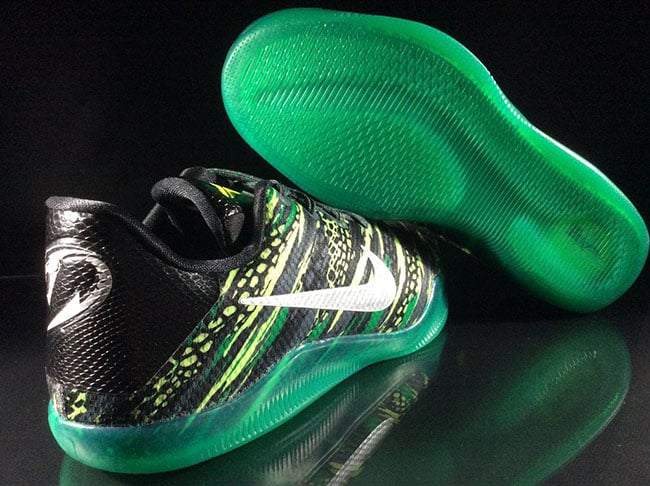 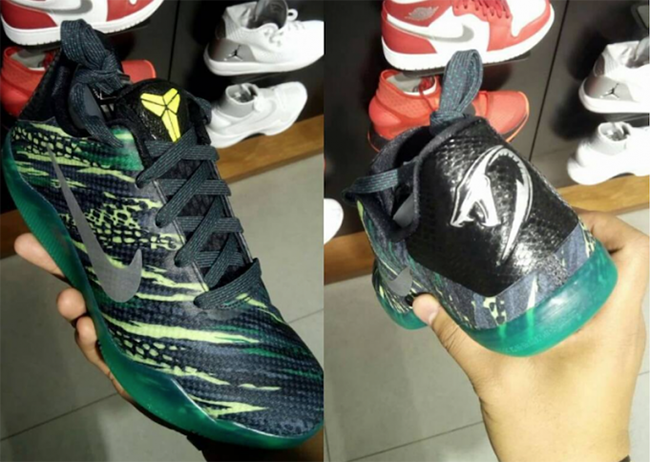 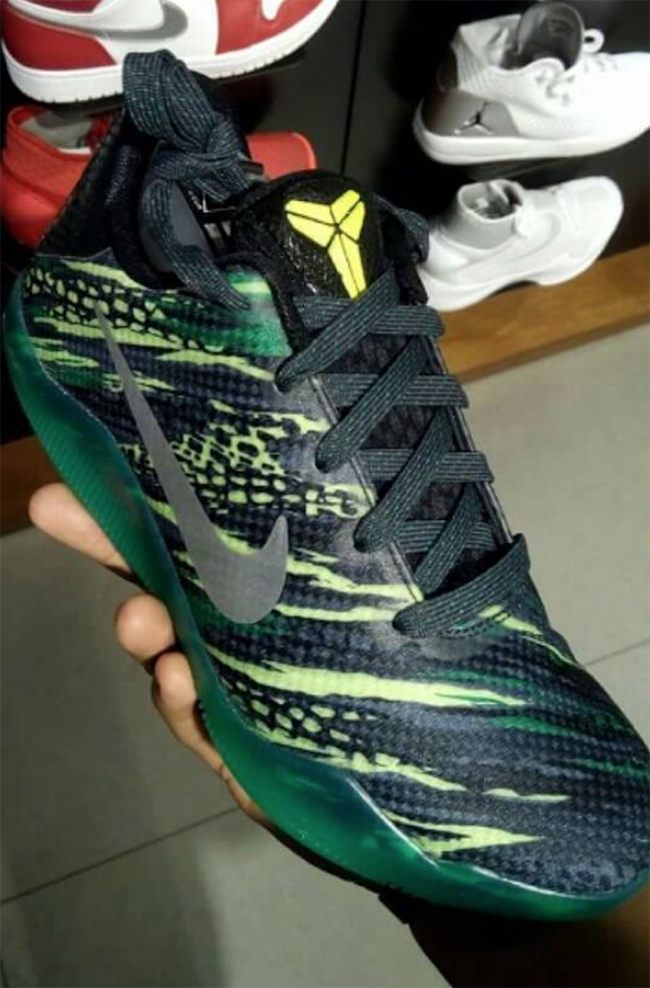 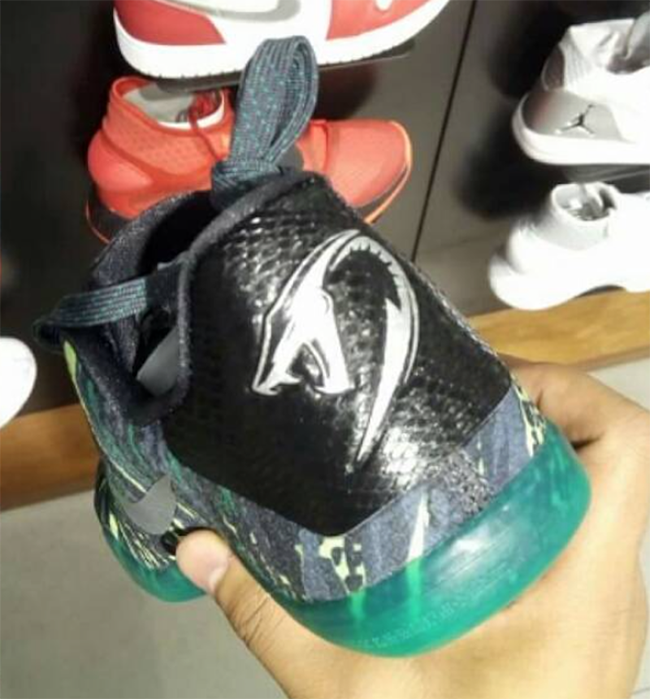