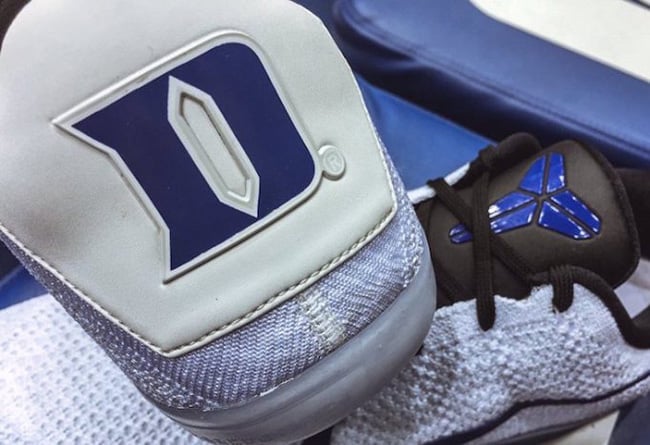 This isn’t the first time that Duke received their very own Nike Kobe 11. However with the new NCAA Season, they have recently received a new edition of the Nike Kobe 11 Duke Blue Devils PE.

Playing for a Nike sponsored school has it’s perks. With the new season starting, teams typically get in various Nike signature shoes in their team colors with the Duke Blue Devils being the latest.

Dressed in Duke colors, this Nike Kobe 11 features White across the Flyknit base. In addition we have Black used on the tongue, laces and liner while Royal Blue accents the branding. Finishing the look is a translucent outsole and Duke branding on the heel.

Below you can see a larger image of the Duke Blue Devils Nike Kobe 11 PE. Let us know what you think of them by dropping a comment below. 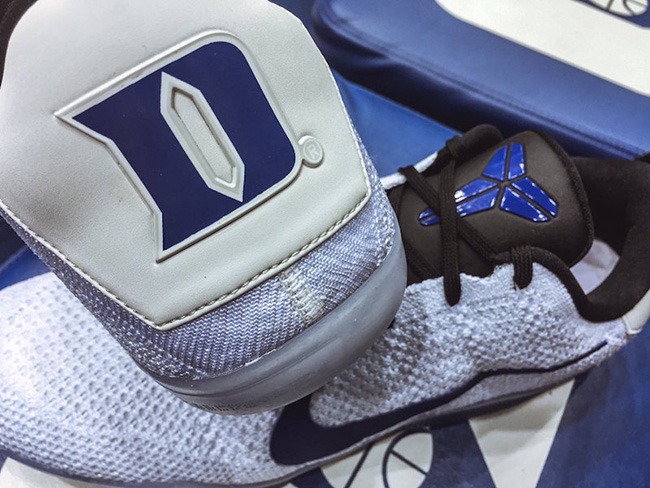