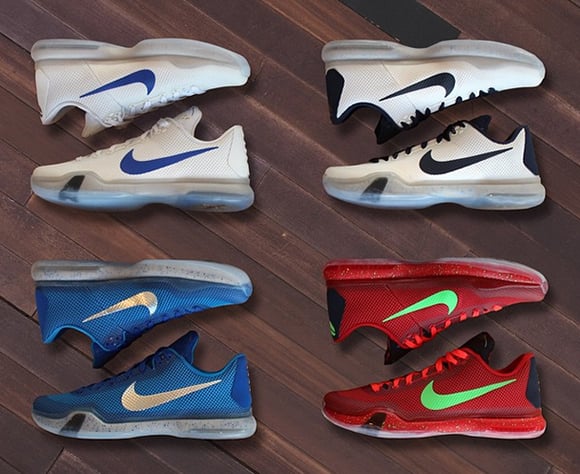 March Madness is in full effect and we hope your team is still in the tournament. Some of the schools that are endorsed by Nike will actually have some exclusive Kobe 10 PEs, which the brand has recently showed off.

Some of the March Madness Kobe 10 PEs presented we have featured in the past and were actually worn before the tournament begun. Featured are Kobe 10s representing Kentucky, Villanova, Arizona, and Duke. Unfortunately we won’t see Villanova rocking them as they were eliminated.

In order to obtain a pair, you either have to A. Play for one of the schools, B. Good friends with someone involved with the organization, or C. Try to score a pair on eBay or another auction website.