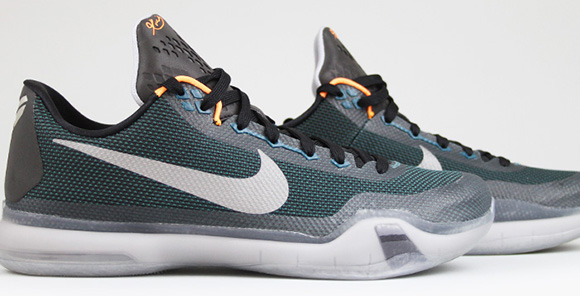 Prior to today we had a look at the kids version of the Nike Kobe 10 Flight, and thanks to Villa we now can see some additional shots of the adult version.

Not much differs between the two, while the Flight Nike Kobe 10 features a teal base that almost looks black. Citrus hits part of the liner, eyelets and lace tips with a flat grey shade used for the swoosh. The midsole features a translucent tint while 3M is used on the tongue, heel and swoosh. 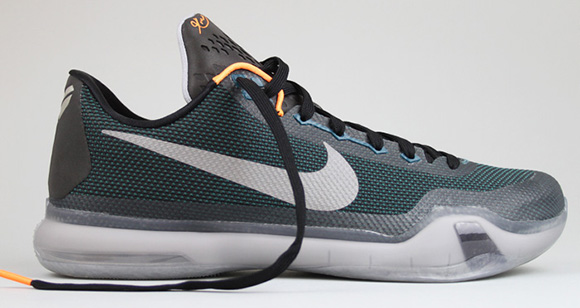 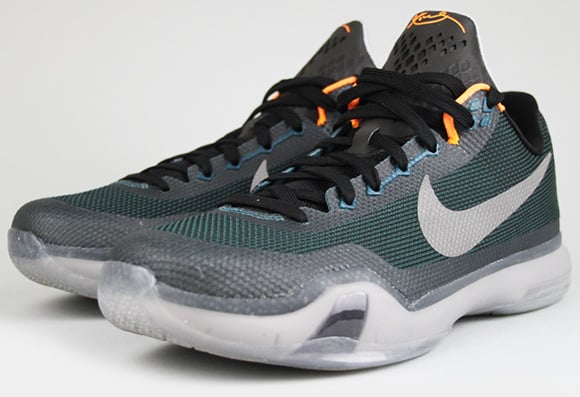 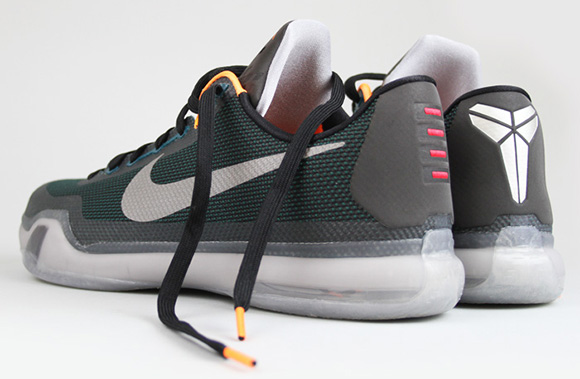 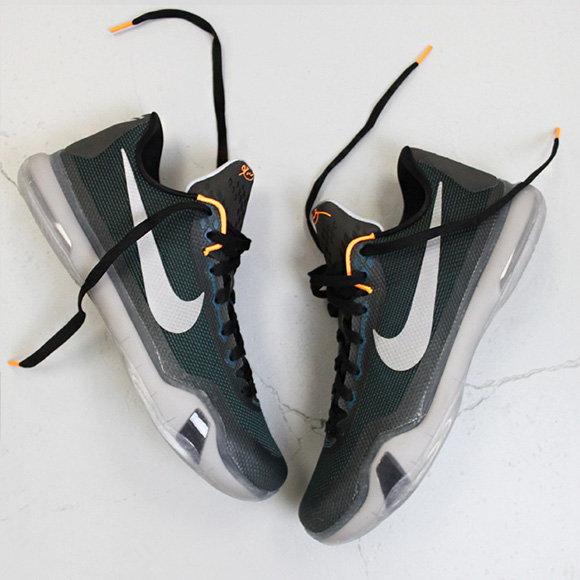 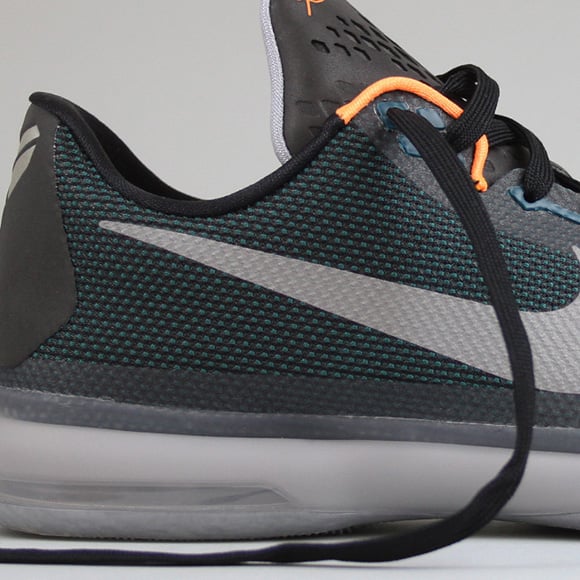 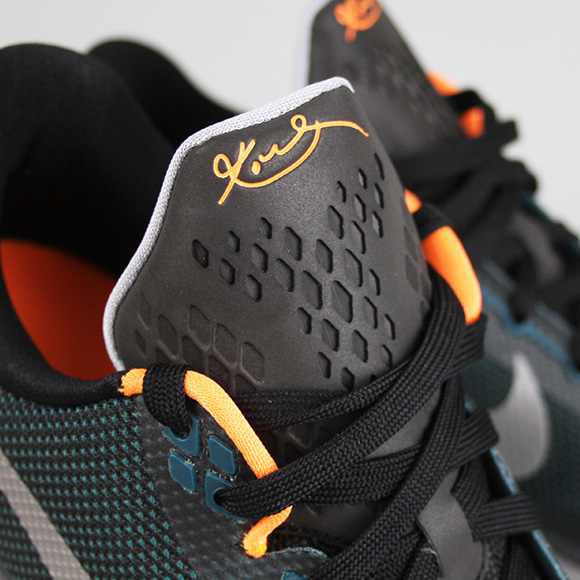 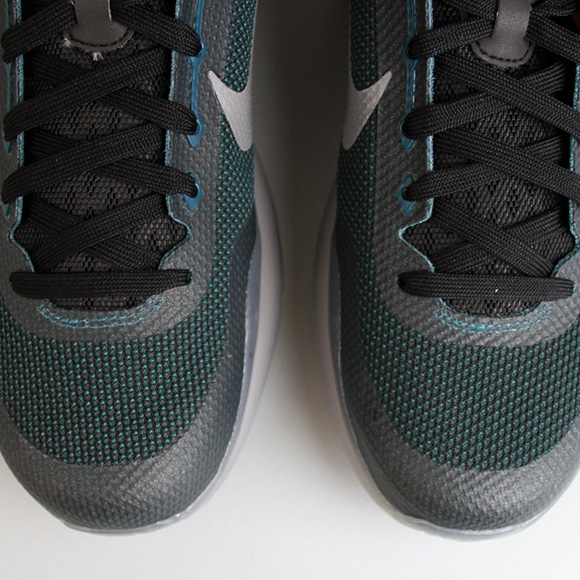 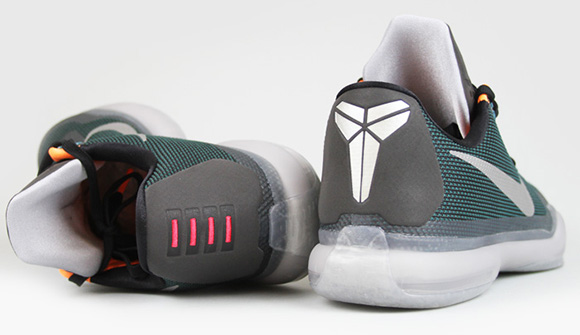