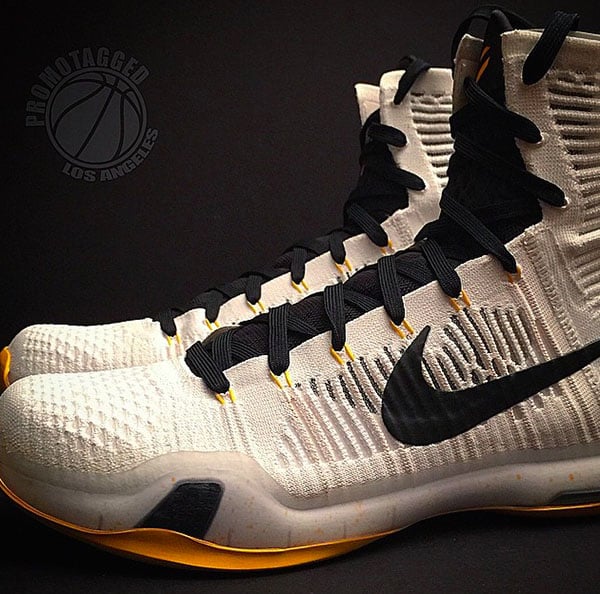 Although Kobe Bryant didn’t have much playing time this season due to injuries, Nike was still planning on lacing him up with his own PE’s that we probably would have seen on his feet in the later part of the season. Coming to light is a new pair made exclusively for Bryant.

The Nike Kobe 10 Elite PE comes in a Lakers Home color scheme. Using white through the Flyknit uppers, black lands on the tongue, laces and swoosh. Del Sol, which is basically yellow is seen on the KB logo, flywire, outsole and speckled through the midsole.

The Del Sol Nike Kobe 10 Elite PE won’t actually hit retailers, but if they did would you purchase them?