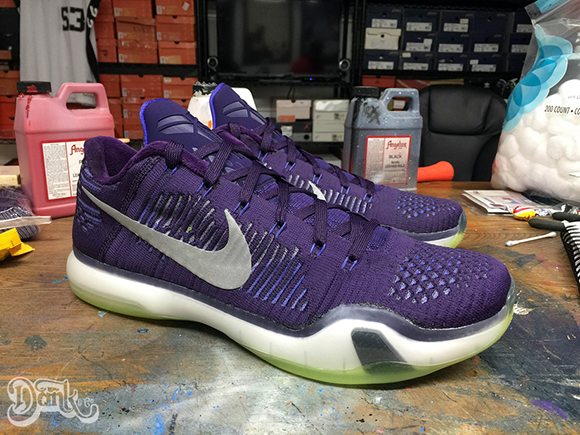 On Friday, the first Nike Kobe 10 Elite released which was suited in Lakers colors. Known as ‘Team’, the pair came in high top form. What if Nike just released a low top Elite model instead? Customizer Dank does a fantastic job on showing us what they could and in our opinion should have looked like.

Nike does have some Elite Kobe 10 lows coming apart of the HTM series and has released in Milan but U.S. residents will have to wait. While there was no painting, the transformation took place by taking the high top Elite Team model and cutting it down to size.

Do you think the brand should have released the Custom Team Nike Kobe 10 Elite Low instead? 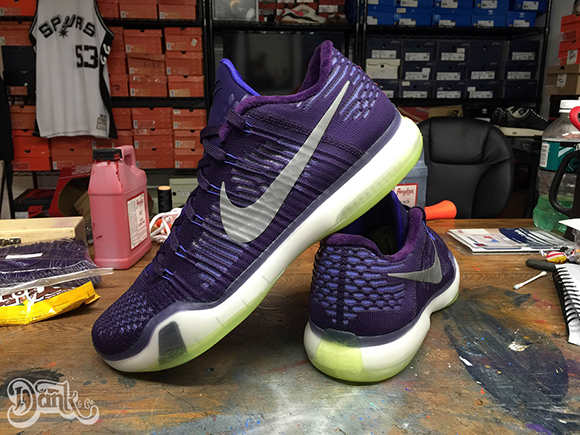 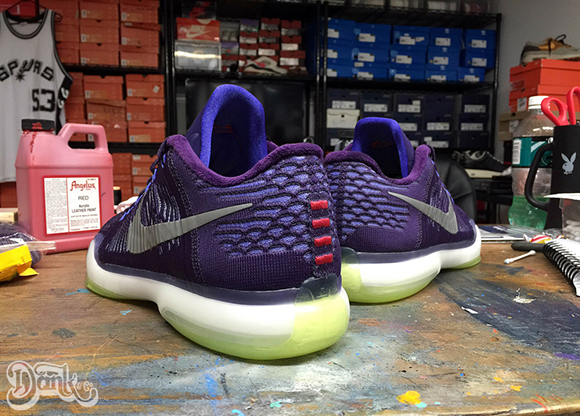