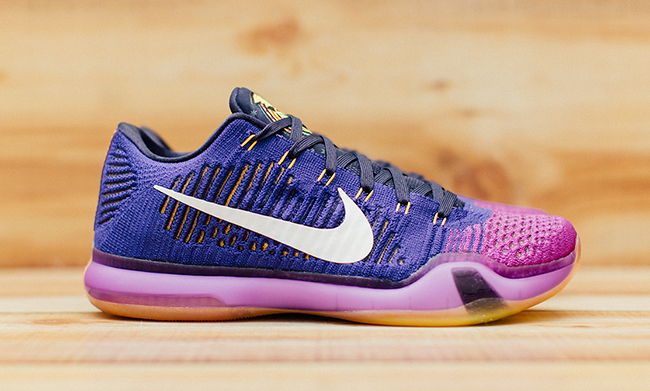 Although Kobe Bryant is all systems go for the 2015-16 NBA season, we aren’t sure which pair he will lace up for opening night, however there is a possibility that the Kobe 10 Elite Low featured here is the pair he wears when the Lakers take on the Timberwolves.

A color mashup of court purple, white, vivid purple, cave purple and hyper orange does match the Lakers uniforms. The Flyknit uppers features various shades of purple while the swoosh is done in white. Finally orange is added to the translucent outsole, Flywire cables and tongue branding.

Below you can check out another image of the ‘Opening Night’ Nike Kobe 10 Elite Low. If you plan on buying, they will release at Nike Basketball accounts on October 24th, 2015 days before the NBA season tips off. Retail price is set at $200.

Update: Stores are now receiving the Nike Kobe 10 Elite ‘Opening Night’, thus giving us another look at them. Locations like Social Status will launch them on October 24th, 2015 for $200. 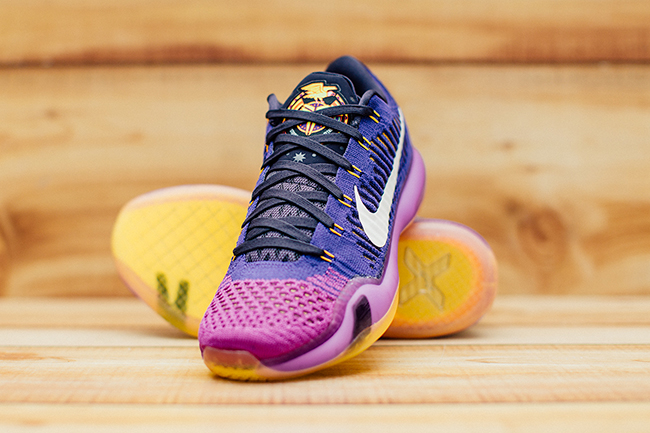 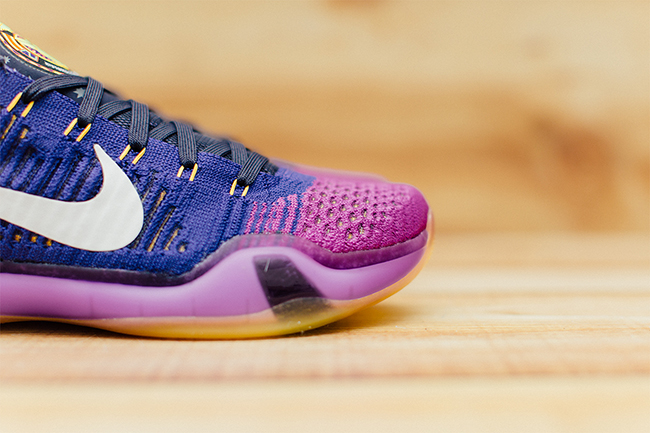 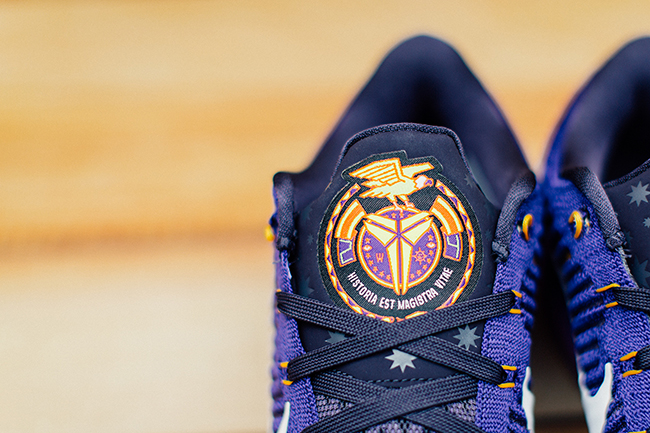 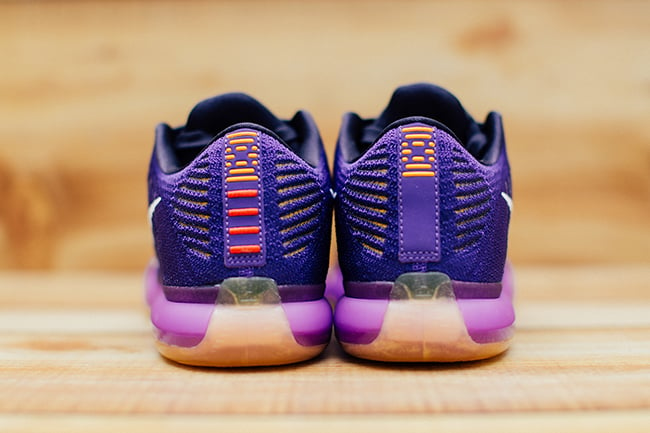 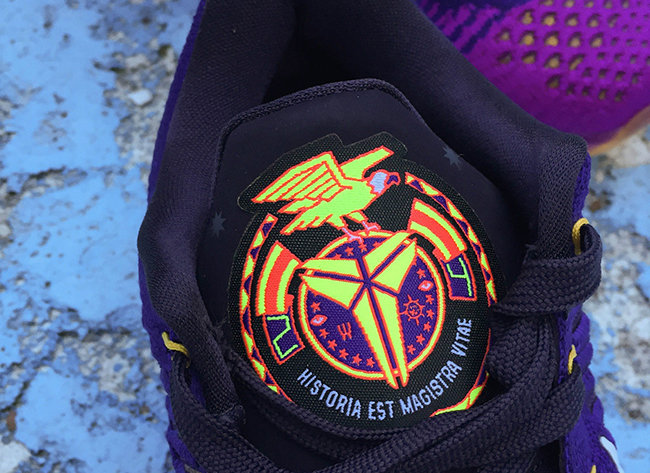 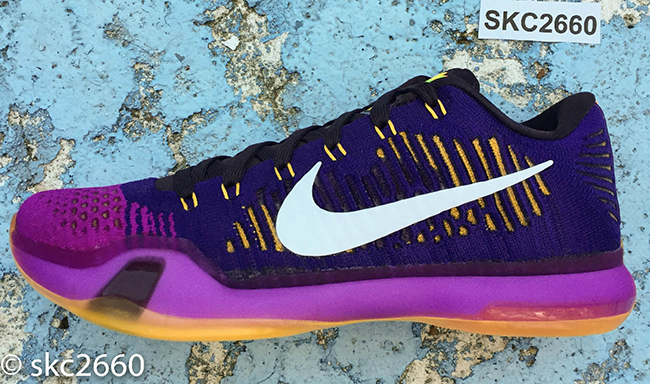 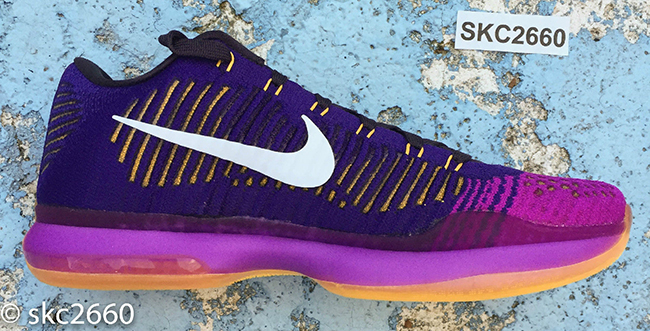 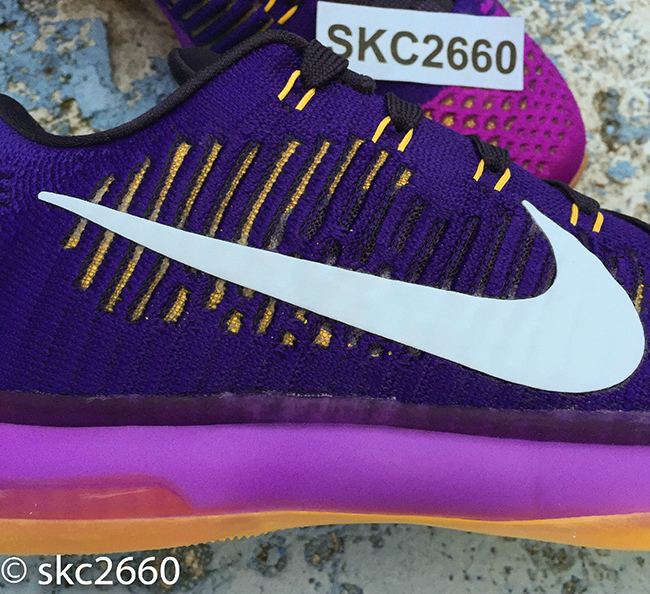 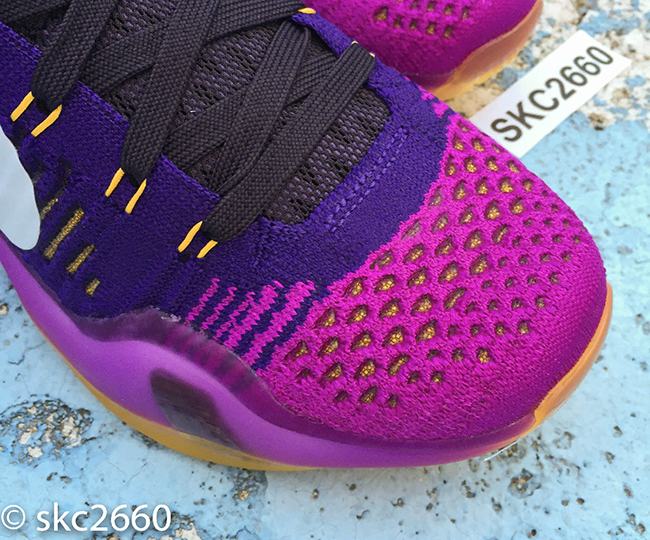 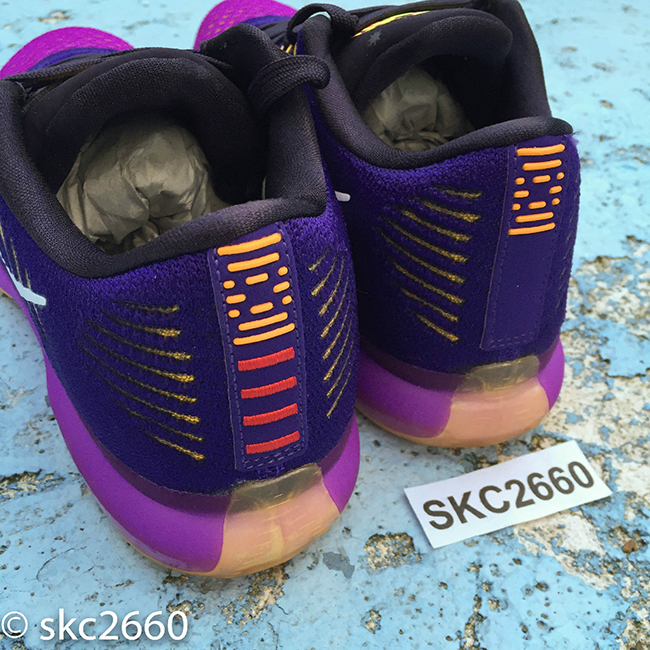 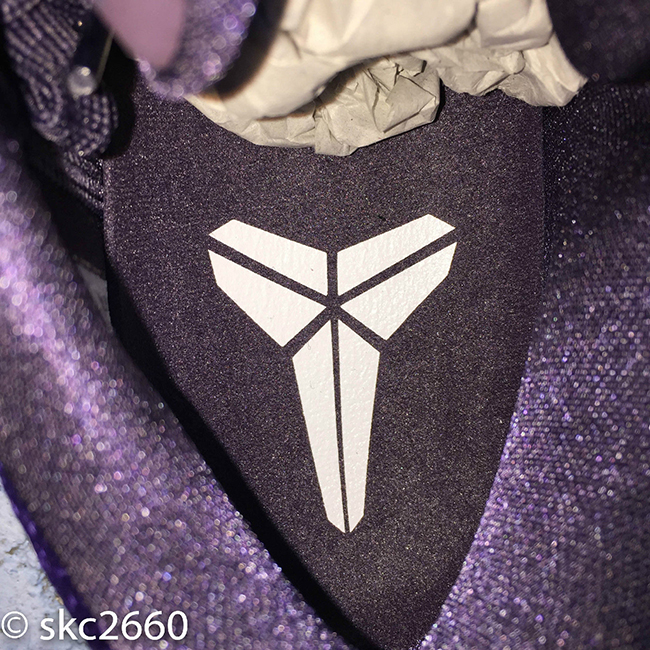 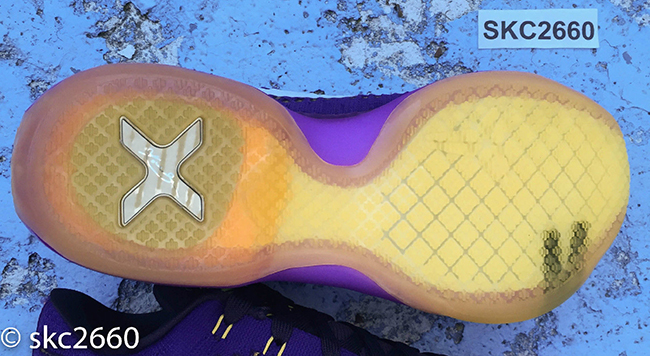 Update: After select images of the Nike Kobe 10 Elite ‘Opening Night’ have leaked, we have better images showing off additional angles. You can buy this pair now at LMTD Supply. 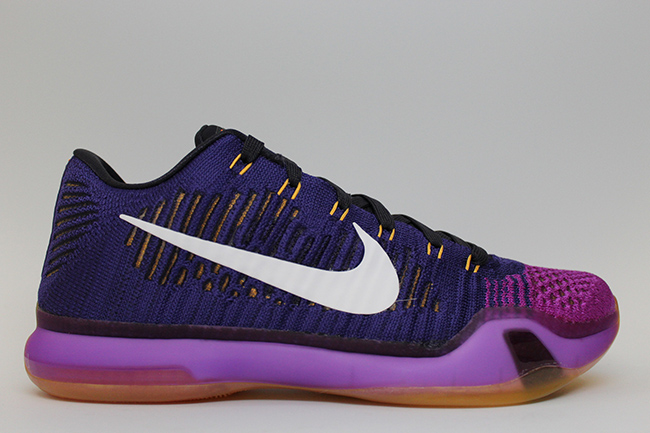 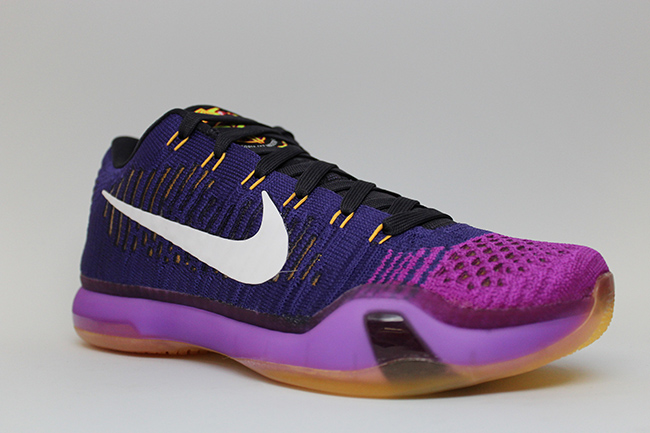 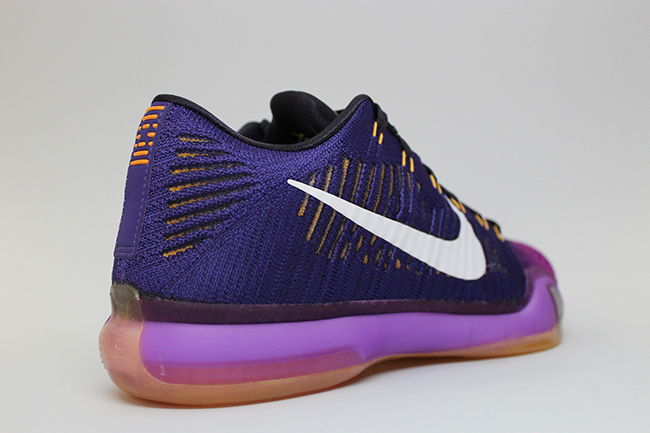 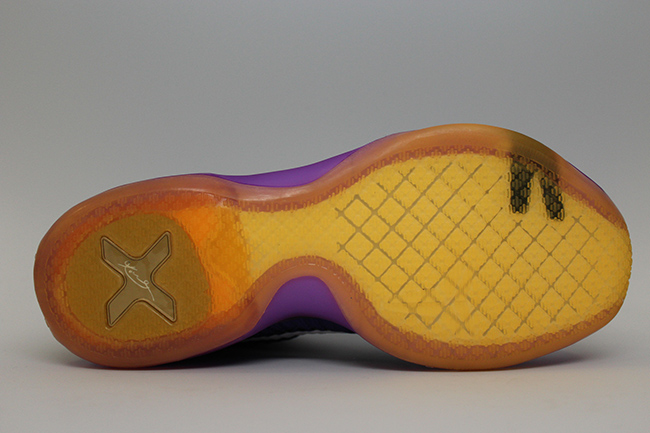 Update: Our latest preview of the ‘Opening Night’ Nike Kobe 10 Elite Low it shows us various angles we have yet to see before. You can grab a pair before the official release date of October 24th, 2015 on eBay. 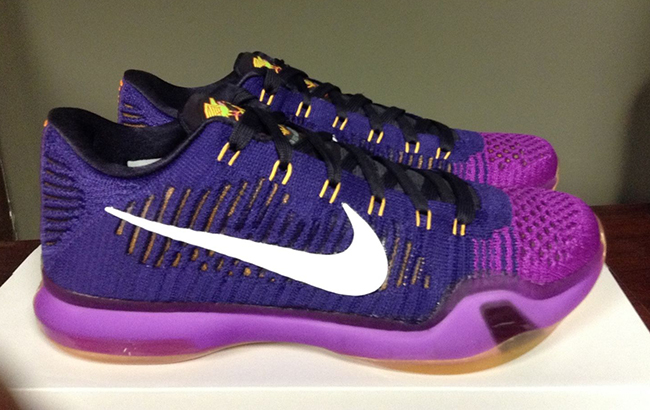 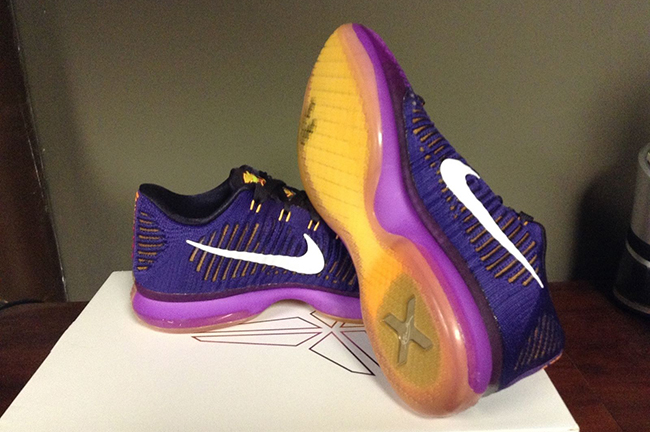 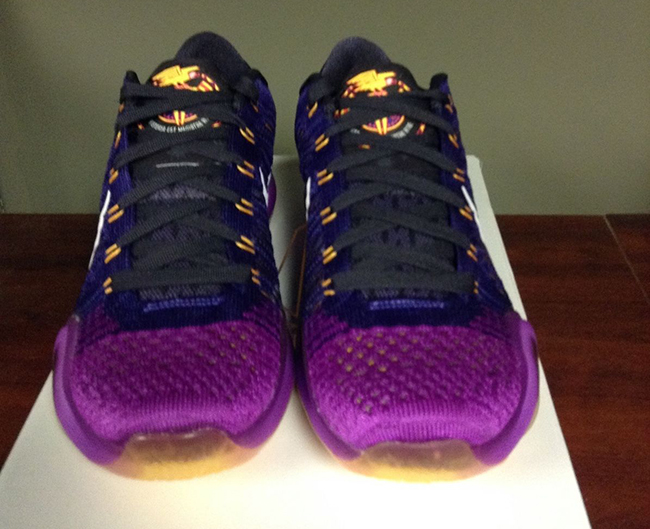 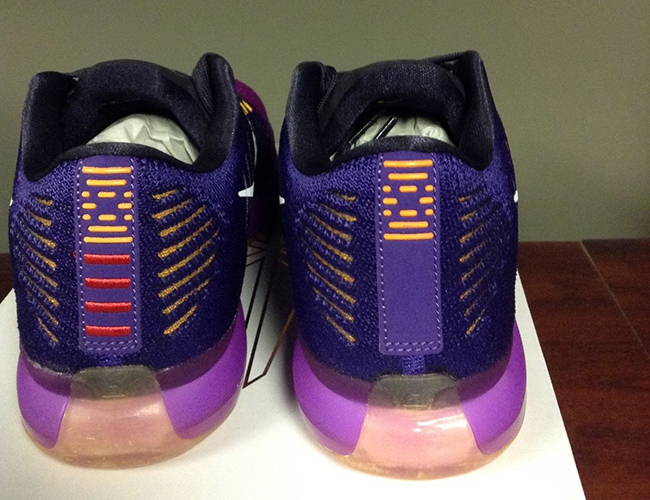 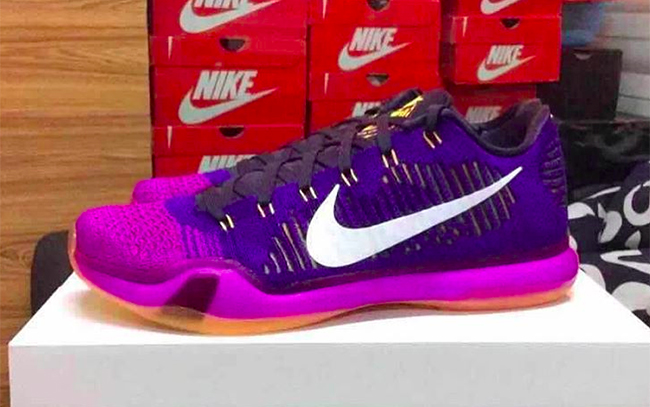 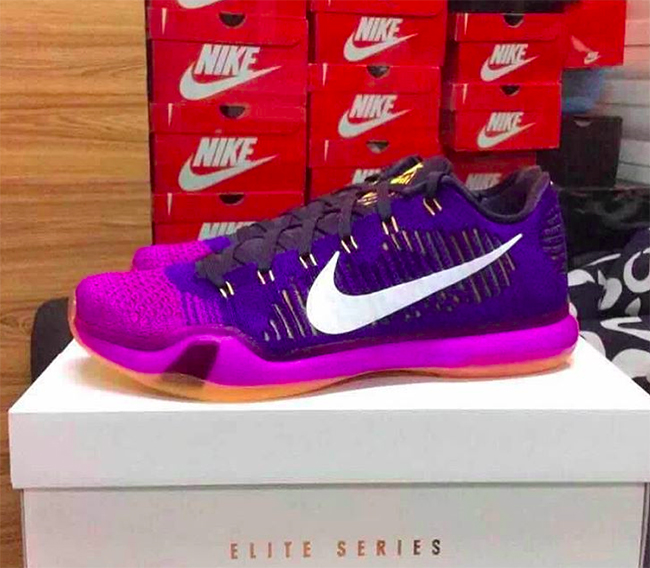