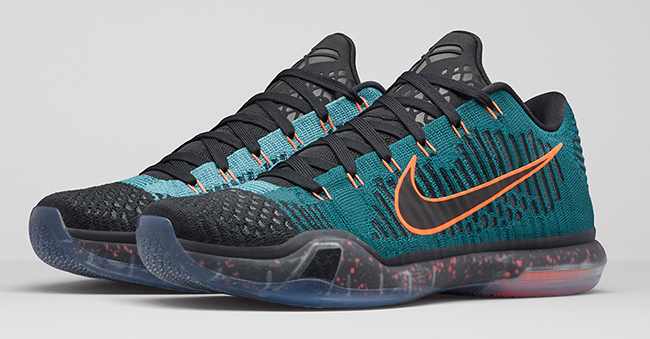 Just leaked is the Nike Kobe 10 Elite Low Drill Sergeant, the next model to be added to the Elite Low series from Nike Basketball.

The uppers on this Kobe 10 Elite Low come with radiant emerald throughout the Flyknit tooling. Black works it’s way onto the toe cap, around the translucent midsole, paneling, tongue and laces. What appears to be total orange details the Flywire, speckled bleeding through the midsole and outlining the swoosh.

The ‘Drill Sergeant’ edition of the Nike Kobe 10 Elite Low will launch to Nike retailers on August 12th, 2015. Retail price has been stated to be $200, which was like the previously released Elite Lows. What are your thoughts on this pair? Let us know by leaving a comment below and check out the additional images we have.

Update: Originally being called ‘Dark Atomic Teal’, the new nickname for the Kobe 10 Elite Low is ‘Drill Sergeant’. We also have obtained official images from Nike, giving us a better look. 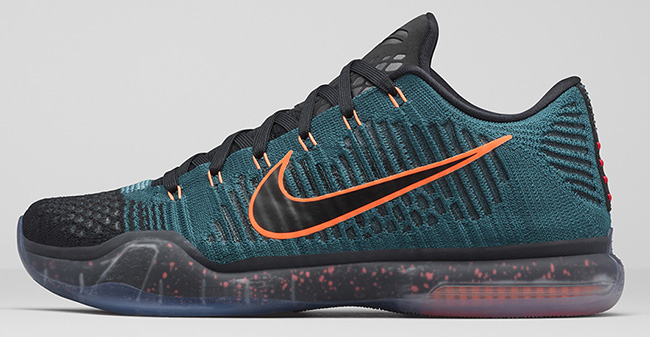 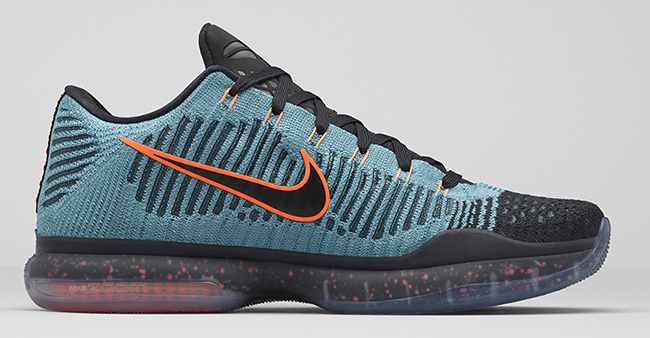 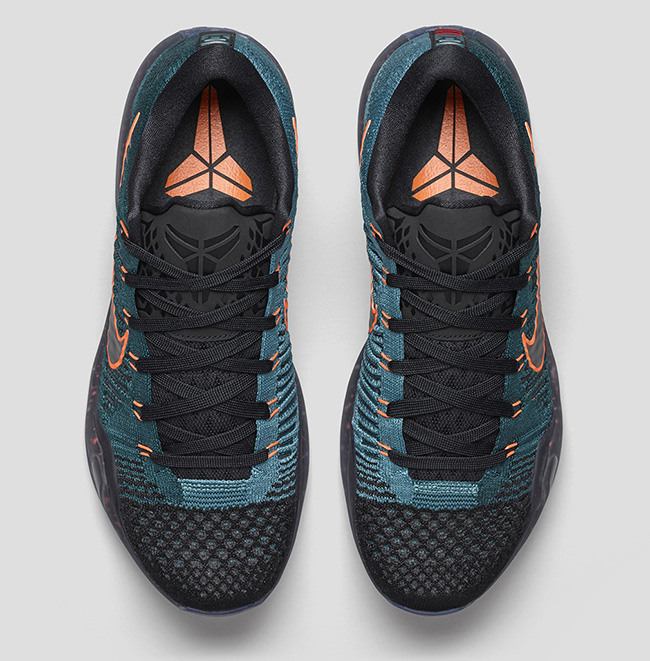 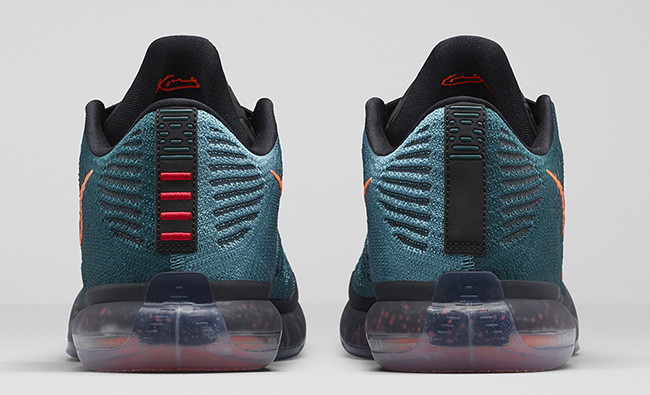 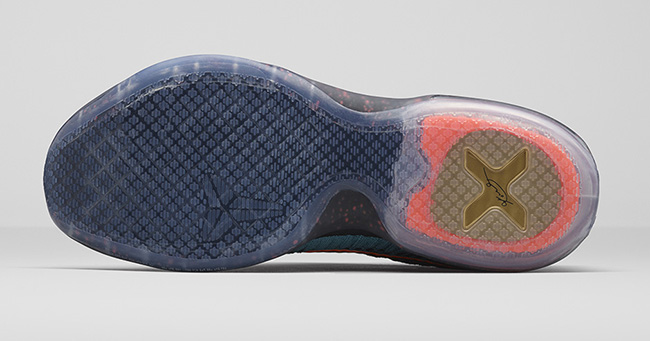 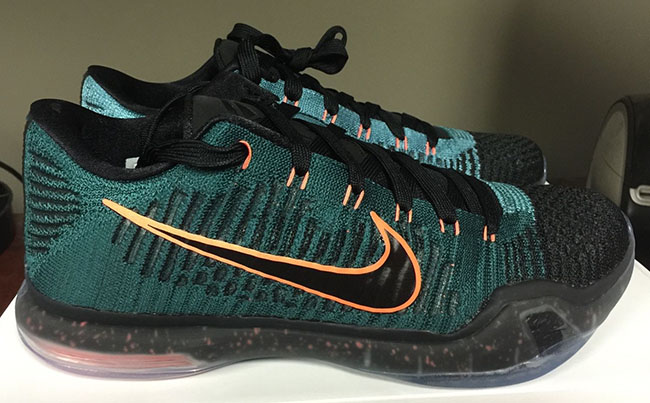 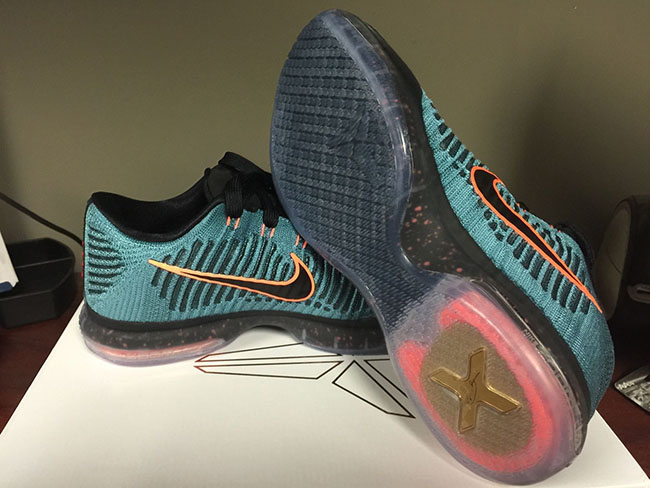 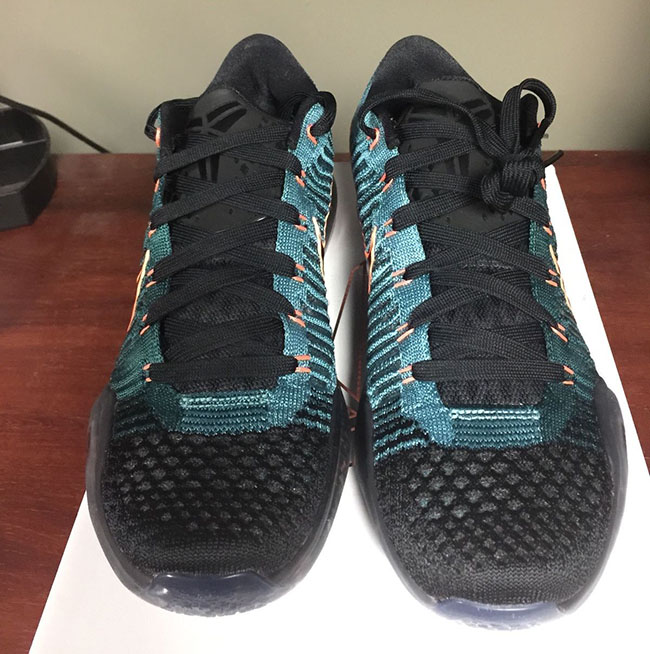 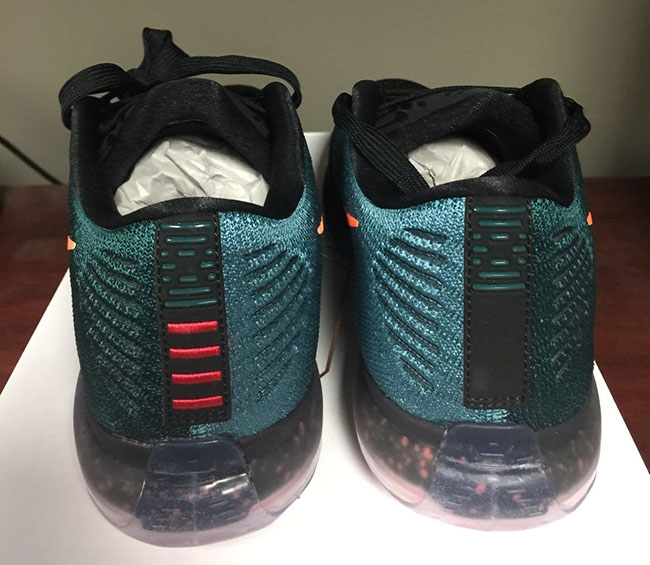 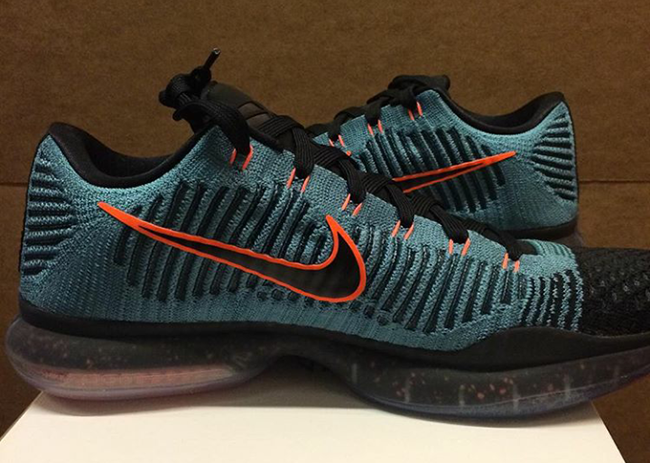 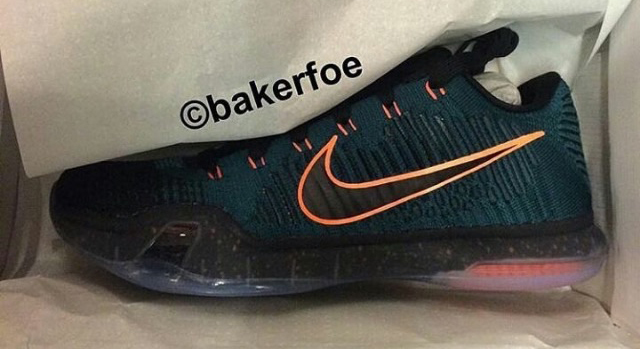 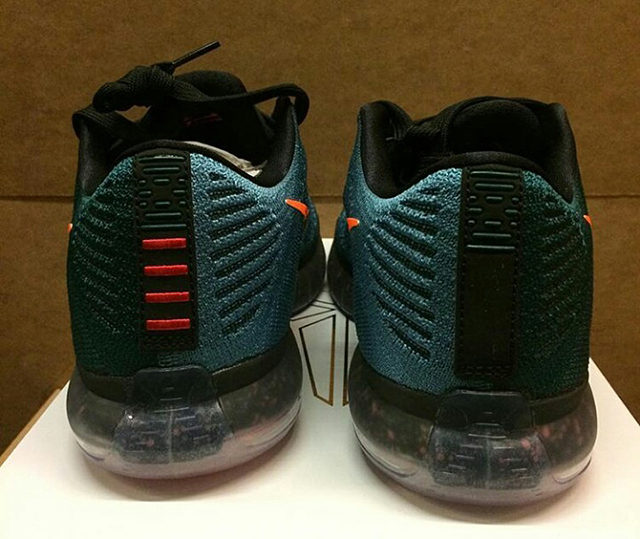 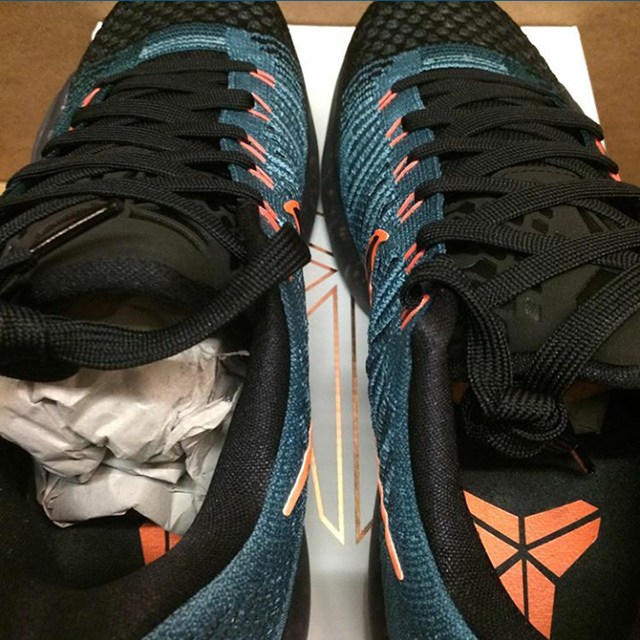