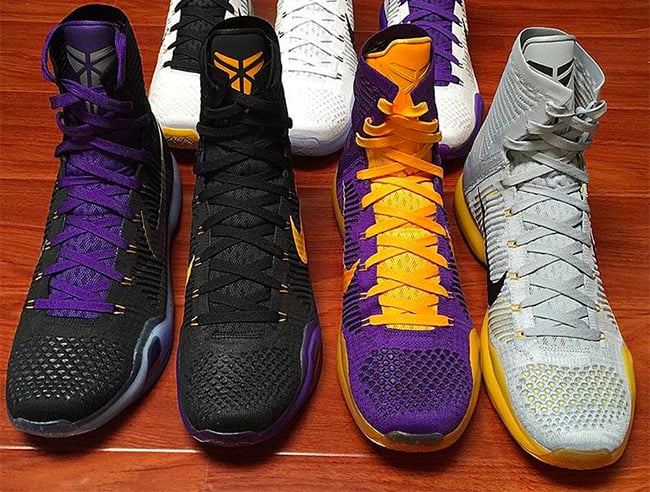 While Kobe Bryant’s time on the court during last years NBA season was limited due to injuries, Nike still blessed him with Nike Kobe 10 Elite ‘Lakers’ PE. While none of the pairs shown made it’s way to retailers, they have somehow landed in the hands of sneaker collectors.

Some of the pairs shown we have featured here in the past, but for the majority of them only single images have floated around. Each pair shown comes with LA Lakers vibes while unique color placement and even uppers set them apart.

Below you can see a larger image of all the pairs that complete the ‘Lakers’ Nike Kobe 10 Elite PE collection. It would be nice to see Nike release a few of these, but we don’t anticipate that ever happening. Out of the seven shown, which would you buy if you had the chance? 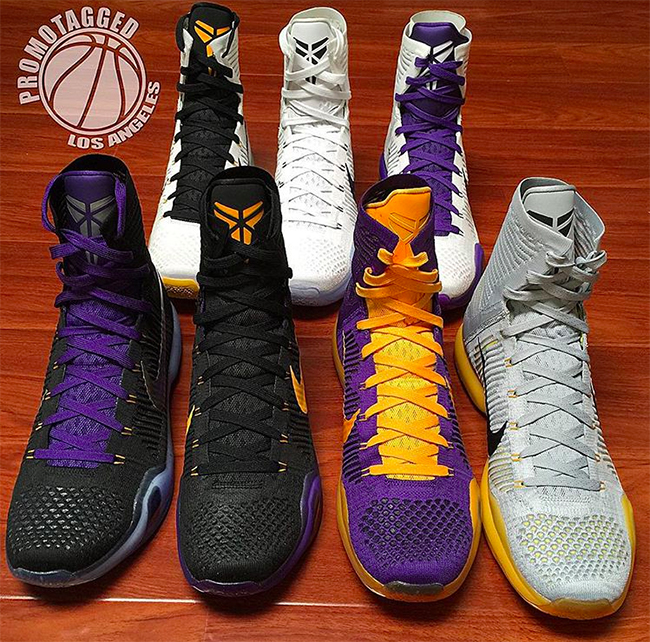