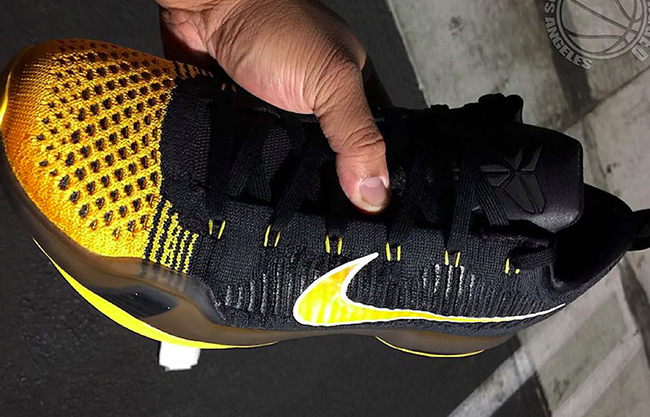 Kobe Bryant was spotted wearing the Nike Kobe 10 Elite ‘Hollywood Nights’ PE when he and the Lakers took on the Brooklyn Nets while grabbing their first win of the season. Somehow, a well known collector has gotten his hands on this player exclusive.

Executed in a black and yellow color theme, the Flyknit upper gets treated to mainly black while yellow hits the toe box. Yellow is also used on the swoosh with a white outline and eyelets. The last detail is the dark brown midsole, almost gum.

More than likely the ‘Hollywood Nights’ Nike Kobe 10 Elite won’t be landing at retailers since this was a pair made exclusively for Kobe Bryant. However if things do change and Nike decides to release them, we will be sure to let you know. See an additional photo of Bryant’s latest PE below. Do you think Nike should drop this pair? 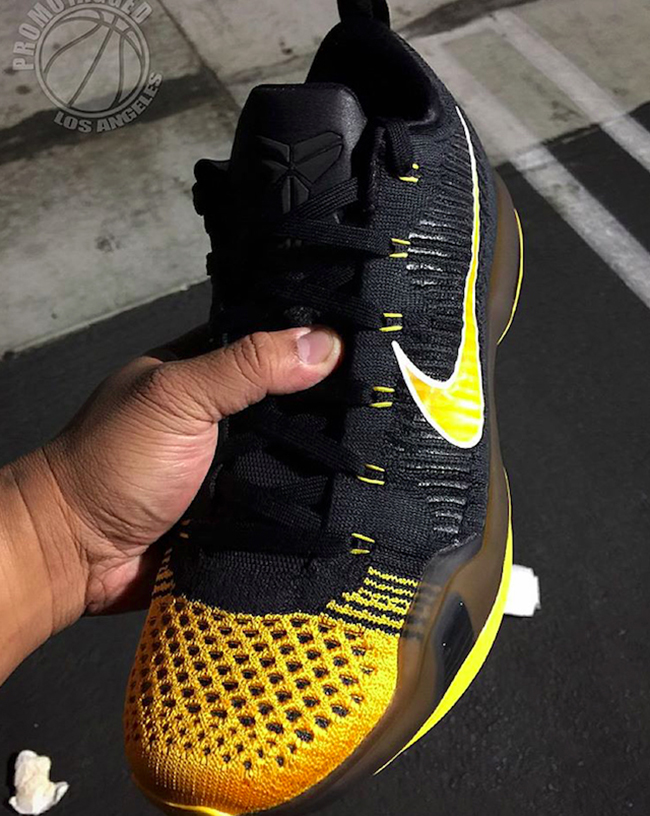