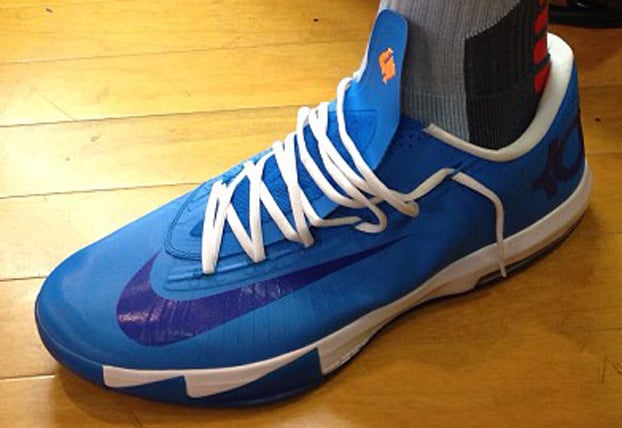 As we least expected it, yet another signature Kevin Durant model has surfaced. Sporting a royal blue Hyperfuse base, these popular low-cut kicks look to include contrasting team orange, purple, and white accents throughout. Now, let’s be clear. There’s no official word as to whether this mock up will release, hence they could also simple be a NikeiD creation.

Either way, what are your thoughts on this Nike KD VI (6)? Are they worthy of a release, and would you actually head out to the stores to pick them up? Sound off in our comments below and stick around for more developing news. 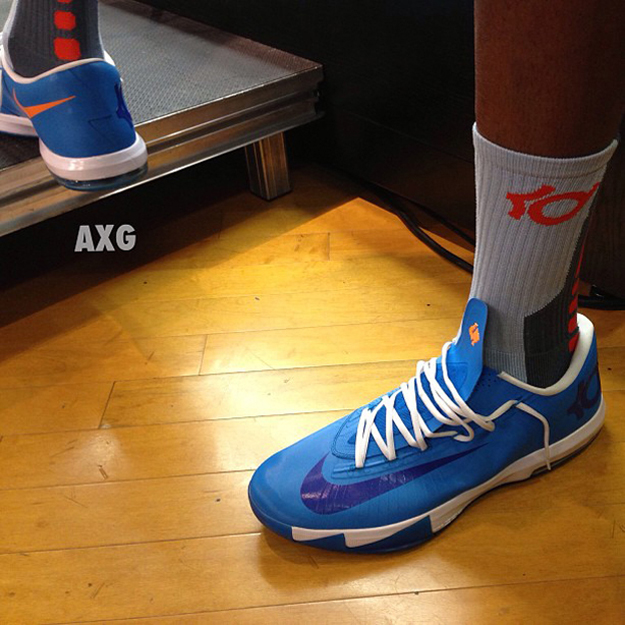