The KD Trey 5 series will never get the love and attention they deserve due to Durant’s signature series, even though the Trey 5 II received an upgrade as far as looks go. Today we have a look at the Clearwater and Total Orange pair that is slowly releasing.

With a mixture of clearwater and orange, the Nike KD Trey 5 II closely resemble the OKC Thunder. Landing on the toe box area is what looks to be almost digital print or even like a wool sweater texture.

The Nike KD Trey 5 II Clearwater and Total Orange is now available at afew store and will be hitting the U.S. soon. 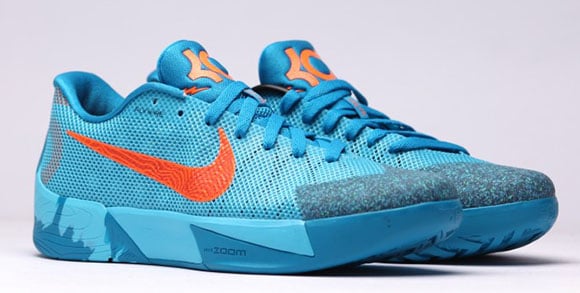