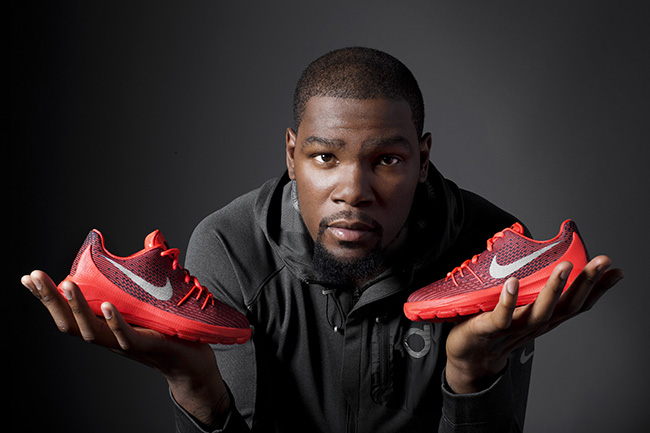 The Nike KD 8 V-8 was one of two KD’s unveiled today by Nike. The V-8 model was being called ‘Bright Crimson’, but now that we know they are inspired by his custom Camaro.

In 2010, Kevin Durant bought a Camaro which he then customized it with a matte red finish, tinted out and a black KD emblem on the grill. 5 years later we are lead to the V-8 model.

Featuring bright crimson, black and white throughout. The uppers and midsole consists of bright crimson with the base using flyweave technology. Black is used through the flyweave and on the KD logo which sits upon the crimson red tongue with a reptile scale overlay. The extended heel which adds in stability derives from sabertooth tiger fangs. White is applied to the swoosh, but in all honesty looks like grey from these images.

The V-8 Nike KD 8 will release at Nike Basketball accounts worldwide on July 11th, 2015. Retail price is $175. Bellow are official images of the shoes from Nike. Have your thoughts changed on the shoe? Let us know be leaving a comment. Stay tuned for more images and details.

Update: Sizes for the whole family will be available on July 11th, 2015 when the Nike KD 8 ‘V8 Camaro’ releases. 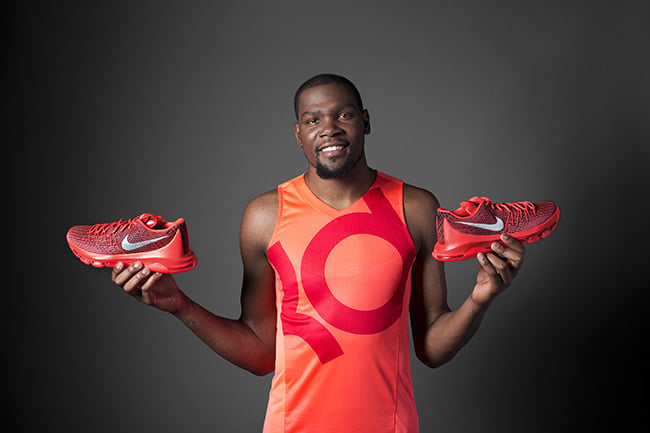 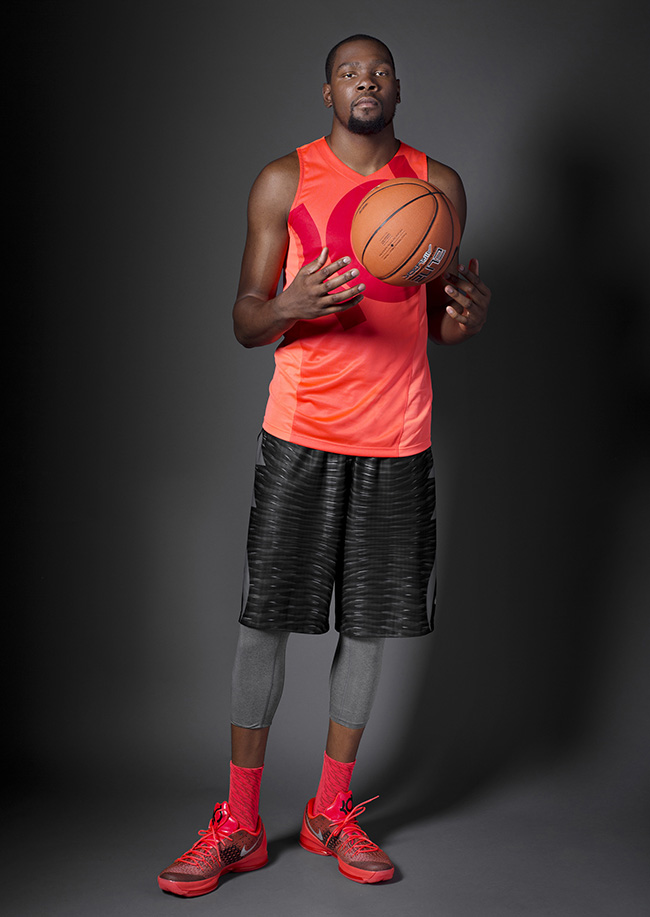 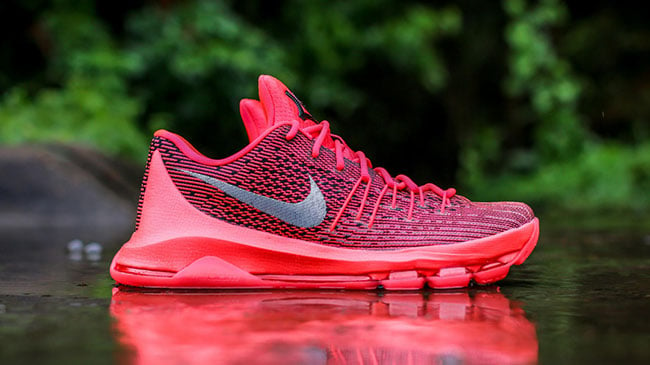 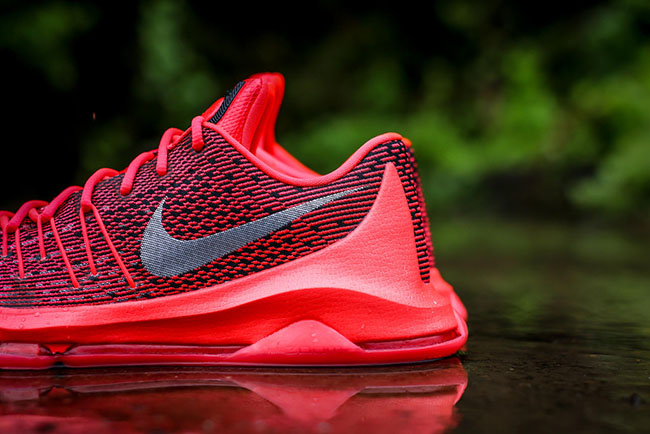 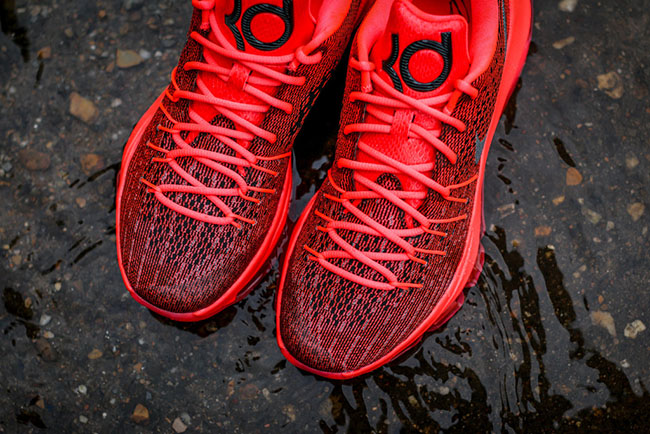 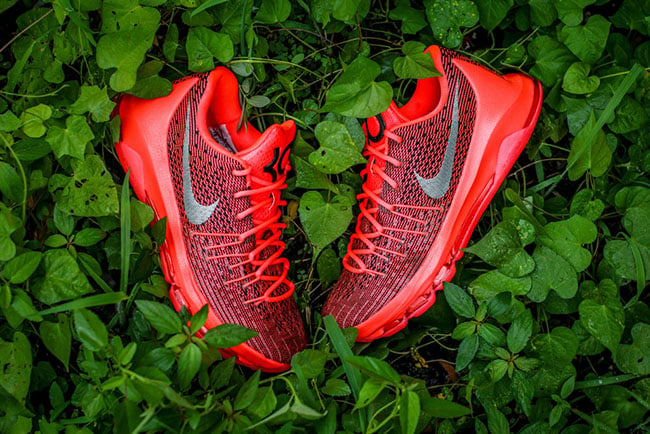 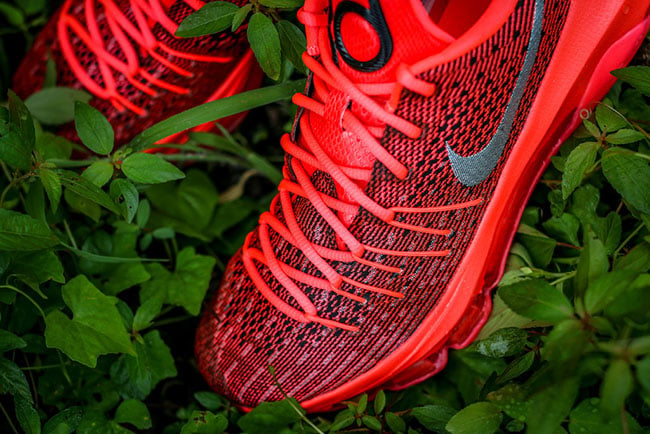 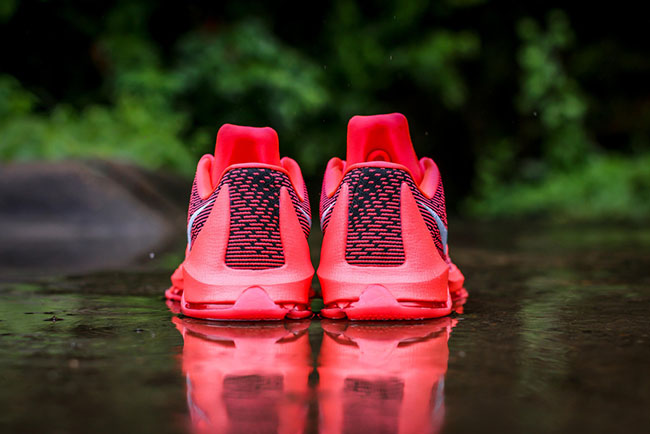