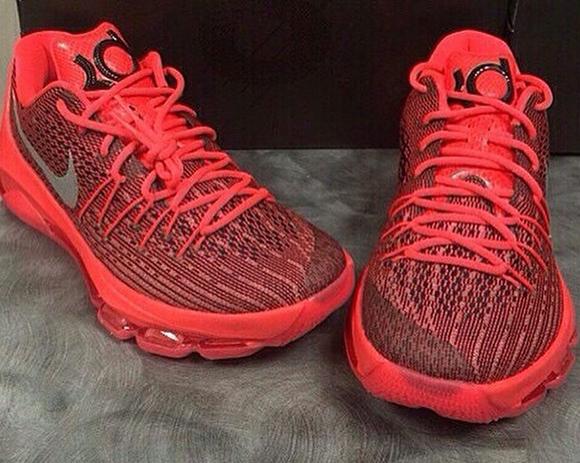 Ok we are a bit shocked by this image, the source has said this pair is the Nike KD 8, but it doesn’t take a genius to see the resemblance of the Air Max 2015 here. We are a bit reluctant to say first look because it hasn’t been officially confirmed yet, but the source does hold weight and in all likely hood these is the real deal.

Not all the technology has been leaked on the Nike KD 8, although Durant did say in an interview that his newest shoes were going to be crazy and we have to agree with him. Using a 360 air unit which is combined with flywire on the uppers. Instead of a reversed swoosh which is seen on the newer AM models, it actually is presented in the right away with what looks to be 3M reflective material. On the tongue is Durant’s logo while the uppers are dressed in multiple shades of red.

No additional information is known of the potential Nike KD 8, but we can assure you the retail price will be higher than $150, what his current model goes for. 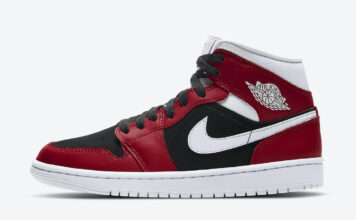