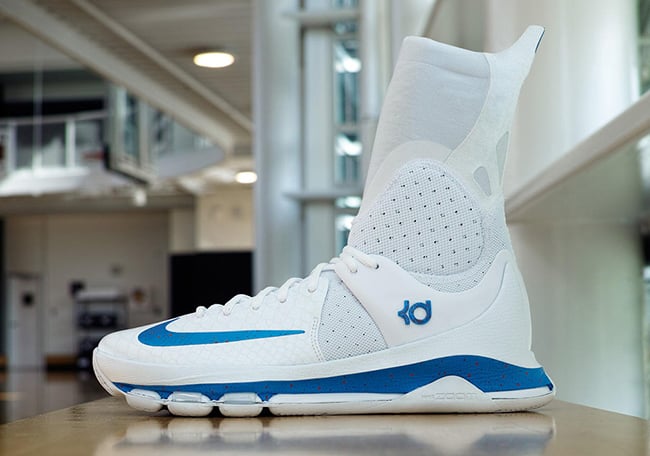 Kevin Durant and the Thunder will start the semifinals against the San Antonio Spurs this weekend. Likely an exciting series, Durant will be rocking this pair of Nike KD 8 Elite White Blue PE when he and his squad play at home.

This Nike KD 8 Elite made for Durant is another straightforward color scheme which comes in White and Blue. Predominate White is spread throughout the base, up the extended collar and the outsole. Following is accents of Blue that land on the KD and Nike branding as well as running through the midsole. Overall, another simple and clean look for this player exclusive.

Like mentioned, you can see Kevin Durant wearing this version of the ‘Home’ Nike KD 8 Elite next year when OKC plays against the Spurs at Home. More than likely this pair will not release, but if something changes, we will let you know. 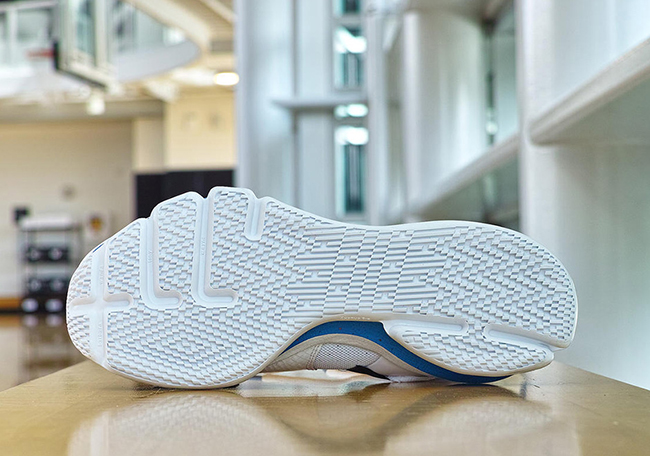