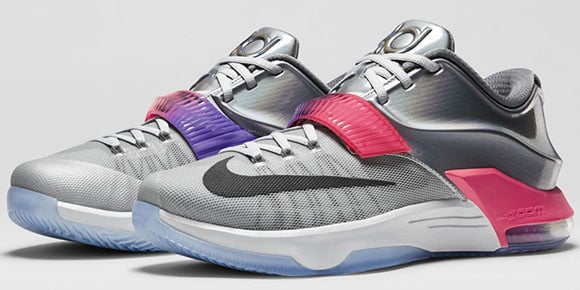 Earlier in the day, a first look was leaked of the KD 7 All Star which he will be wearing on court when Durant battles the East. Now we already have an official look that probably wasn’t expected to hit the net just yet.

The set of new images of the All Star Nike KD 7 shows off every angle you can think of. In fact a picture is shown with the right lighting that allows the 3M swoosh to pop. Pure platinum dresses the uppers while an iridescent gloss lands on the Hyperposite overlay. The medial swoosh and strap starts out as pink and gradients to purple. 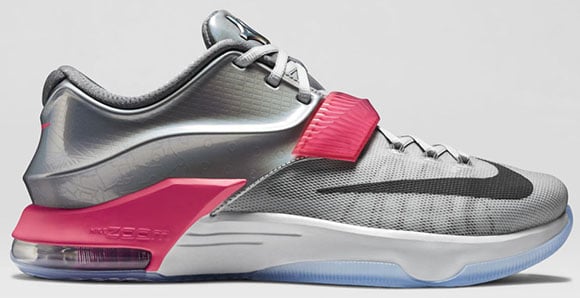 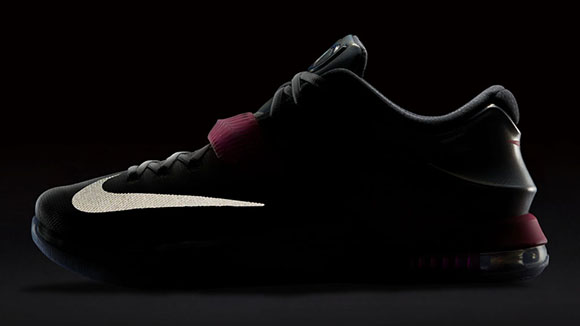 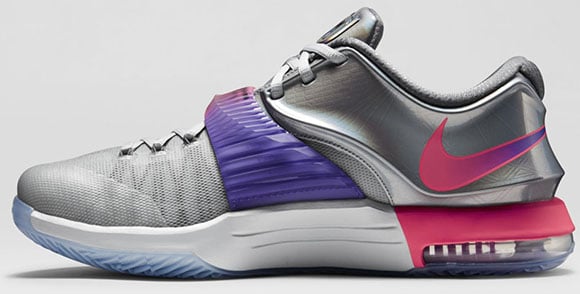 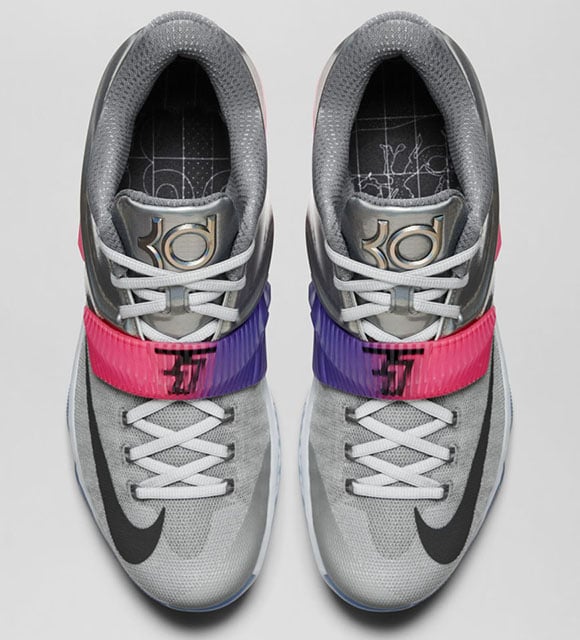 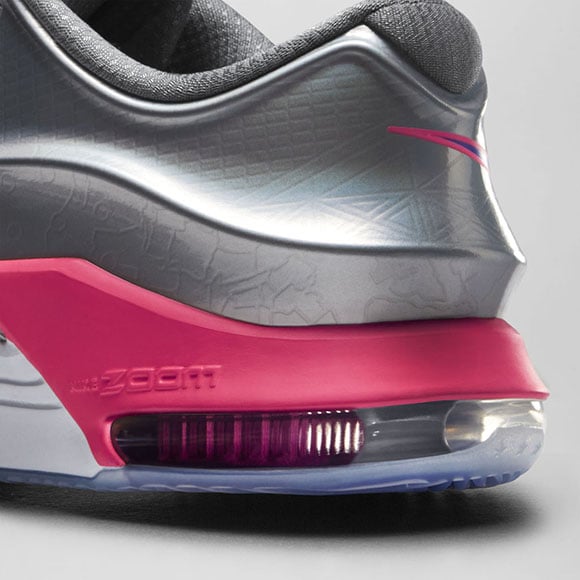 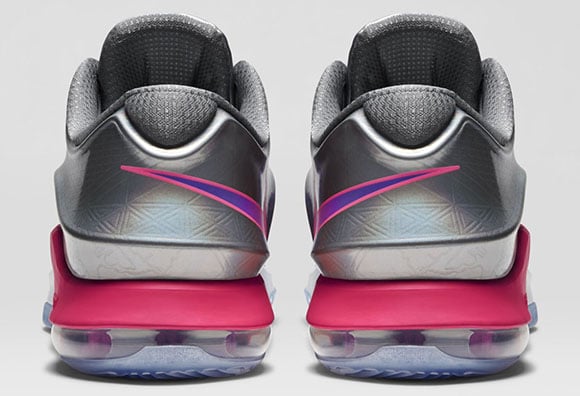