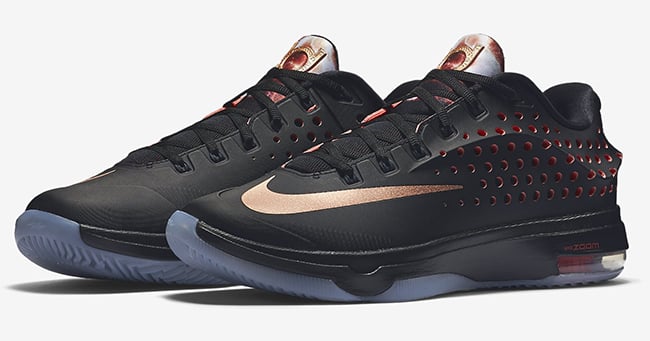 This Friday the last set of Nike Basketball Elite series will launch according to their initial press release. Doesn’t mean that others won’t come (think EYBL). With the release just days away, we now have a detailed look at the Rose Gold Nike KD 7 Elite.

Featuring a matte black through the uppers and midsole, the added perforation exposes hot lava. Metallic red bronze is used on the swoosh while the tongue uses a flame print. Last but not least is the addition of a translucent sole.

The Nike KD 7 Elite Rose Gold is probably the most sought after from the series, yet we don’t anticipate a fast sell out. Releasing on June 5th, retail price is $200. Below you can get your fix via many images. 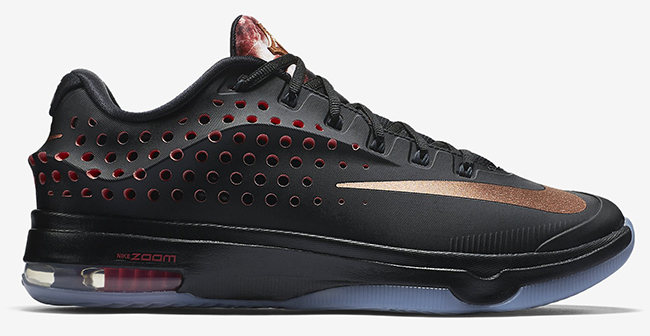 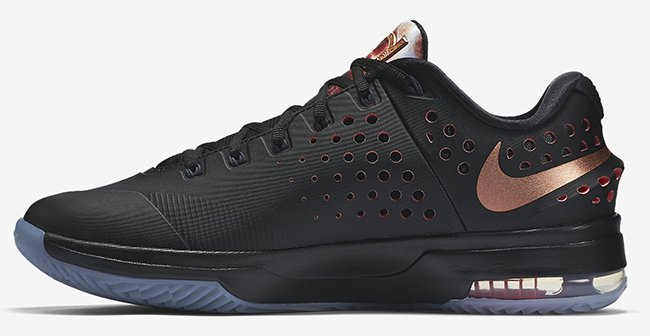 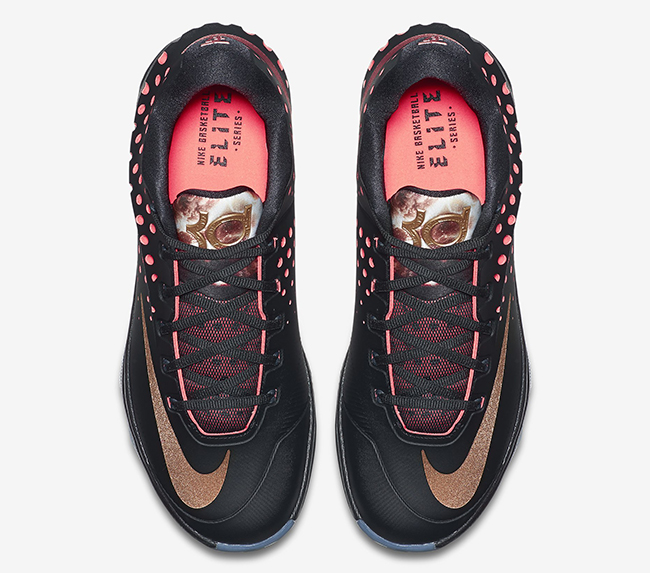 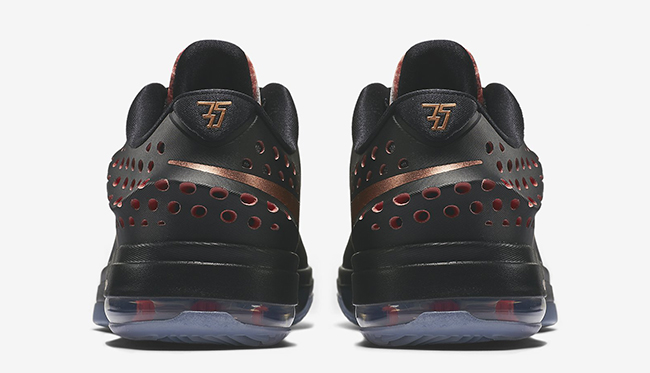 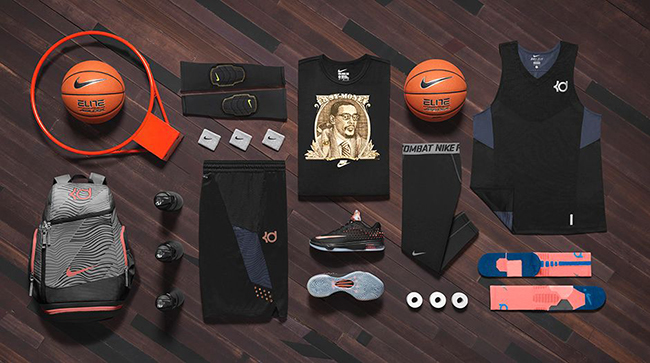