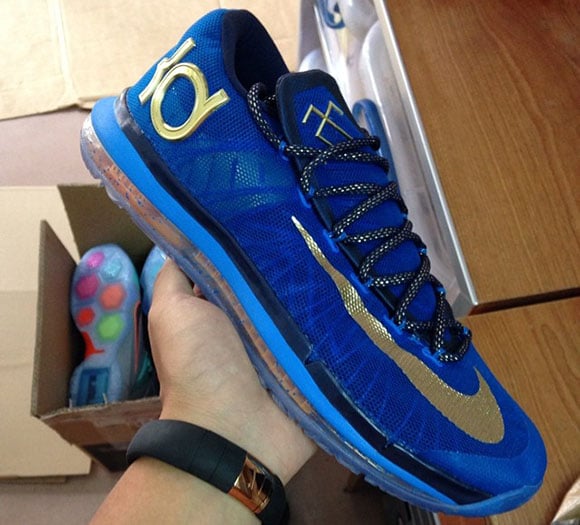 Nike has already made plans for Kevin Durant if he and the Thunder made the finals. This pair of Nike KD 6 Elite is said to be a ‘Finals’ pair.

Predominate blue is used with a mesh upper. Gold detailing on KD’s logo, Swoosh and other parts of the shoes. Durant usually does not wear the Elite version on court so it will never be known if he would of played in this pair.

Now reading between the lines, Simon5302 said they were limited to 2,000 pairs. Does this mean if they released or if Nike is still planning to drop them? I guess time will tell. 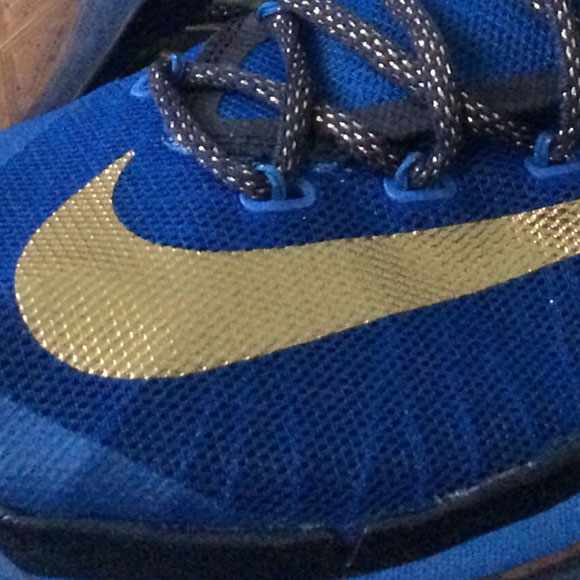