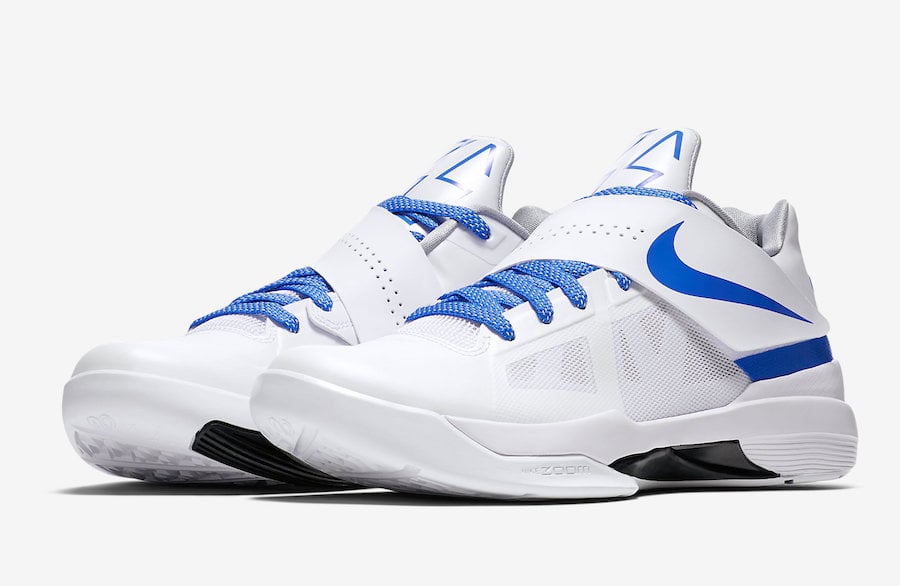 The Nike KD 4 ‘Thunderstruck’ is part of the Nike Champions Think 16 Collection will launch during June 2018.

This Nike KD 4 comes dressed in a White, Photo Blue, Wolf Grey and Black color combination. Featuring White throughout while Blue accents are used. In addition we have Black detailing. The nickname ’Thunderstruck’ comes from Kevin Durant’s performance during Game 6 of the 2012 NBA Playoffs which he helped lead the Thunder to a win over the San Antonio Spurs to advance to the NBA Finals.

The Nike KD 4 Thunderstruck is scheduled to release at select Nike Basketball retailers on June 7th. Retail price is set at $140. Once we have more information and images, we will make sure to update you. For now continue to scroll below to check out another photo.

Update: Nike has unveiled the official images of the ‘Thunderstruck’ KD 4. The pair also features the number 16 on the inside of the tongue, NBA Finals printed on the insoles and a Gold Larry O’Brien NBA Championship Trophy hangtag. 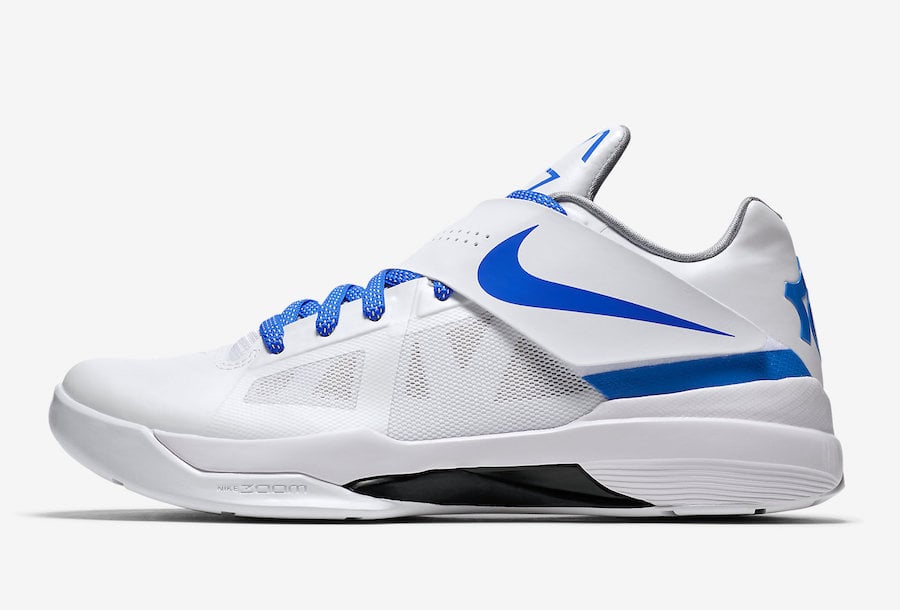 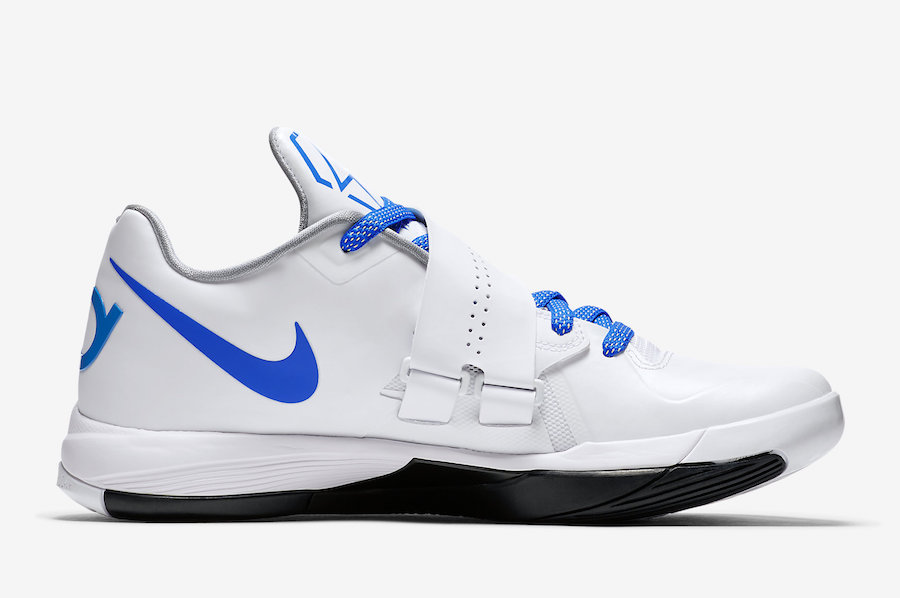 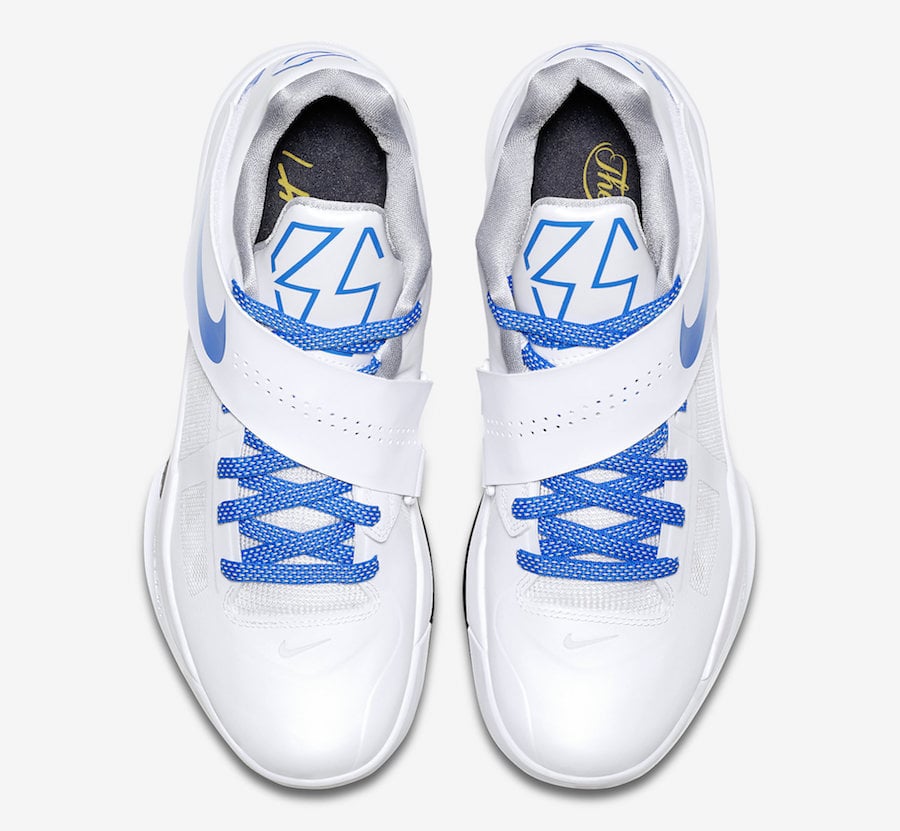 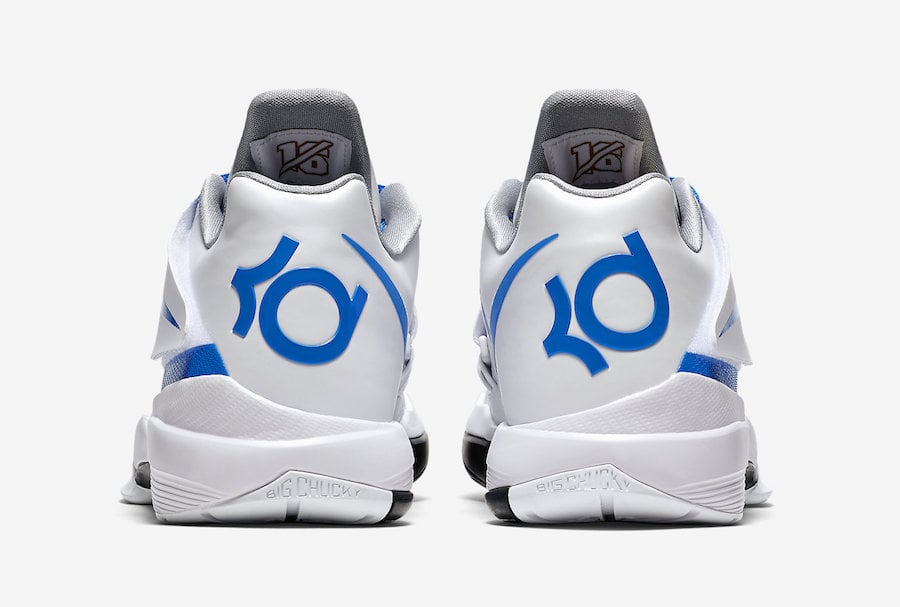 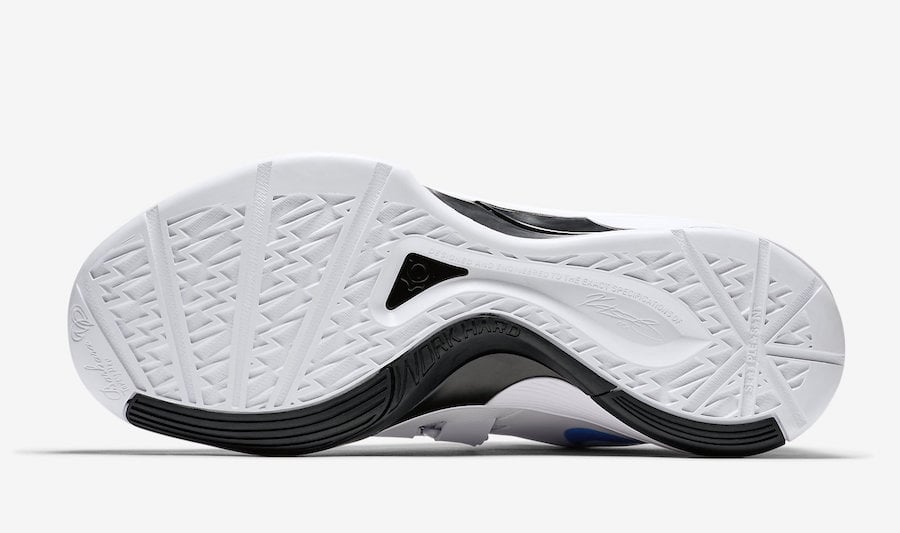 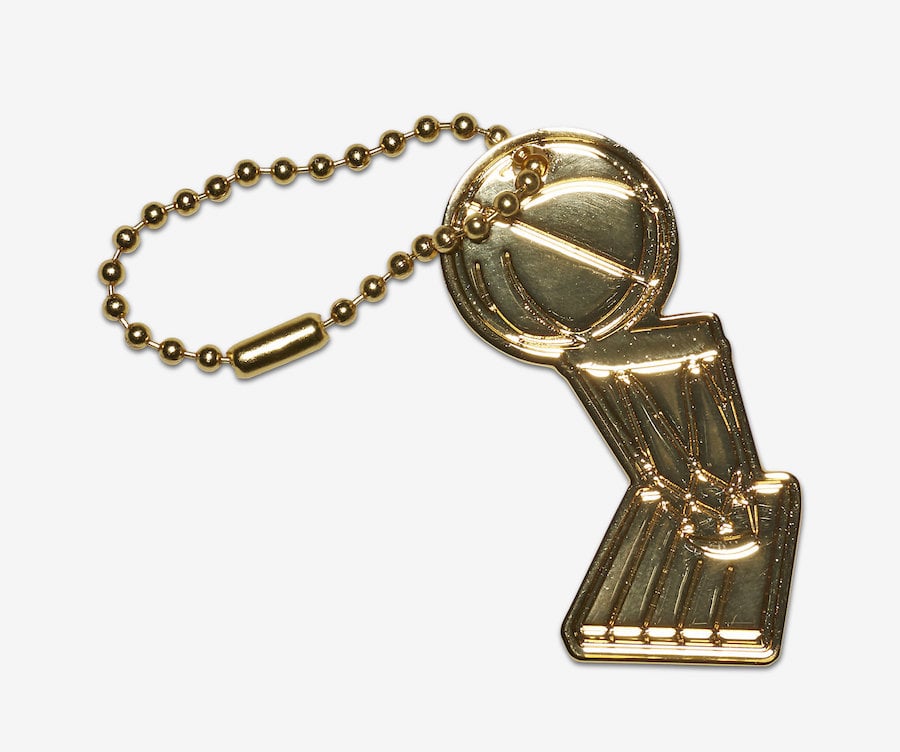 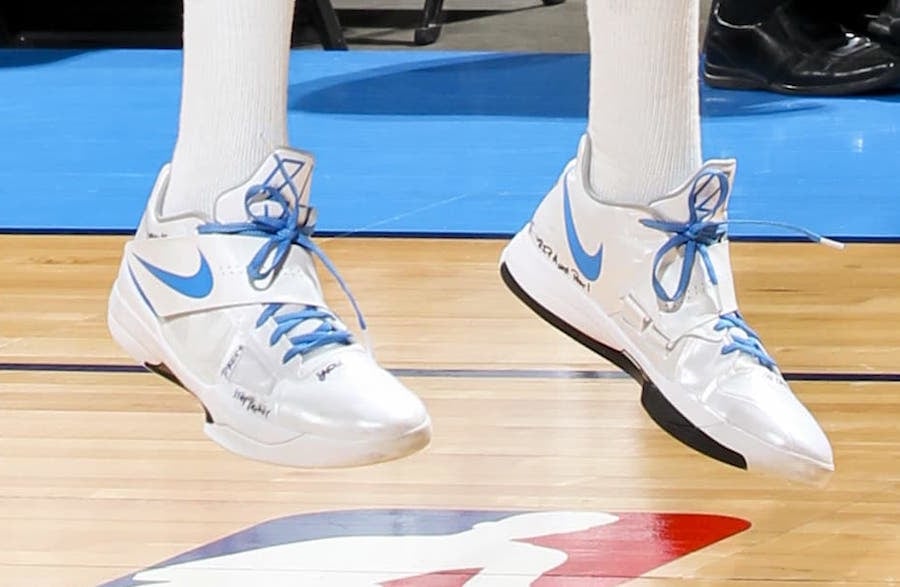 Nike KD 4 ‘What The’ That Should Have Released