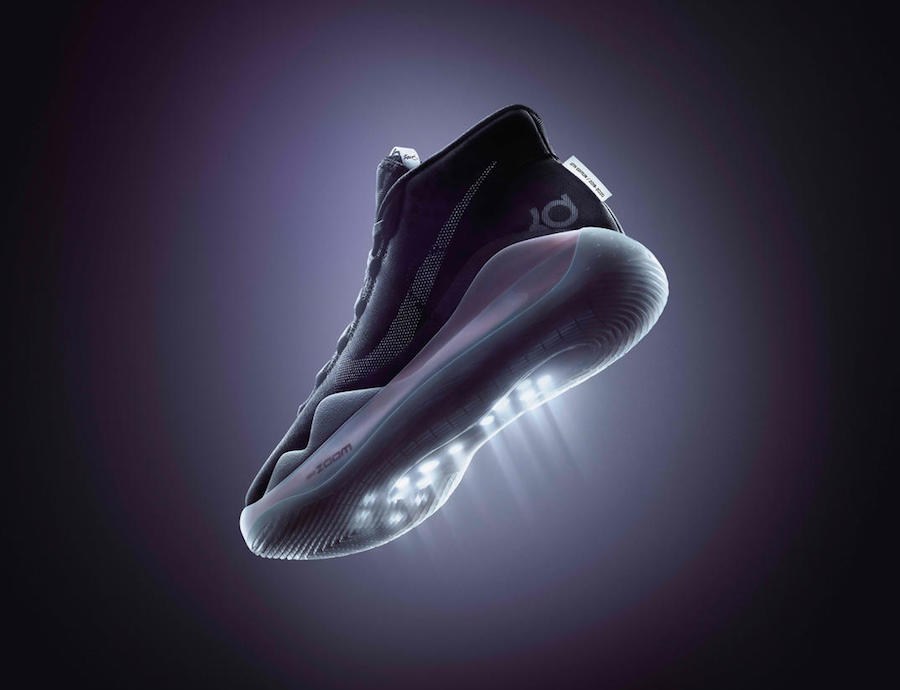 Nike Basketball has officially unveiled the Nike KD 12, Kevin Durant’s next signature shoe which will officially launch in April.

“It’s one of the unsung heroes in footwear,” says Leo Chang, Senior Creative Director for Nike Basketball Footwear. “The strobel isn’t approached differently other than how it’s been done over the last few decades. And yet it’s literally what separates your foot from the cushioning.”

Utilizing full length Zoom Air along with four-way Flywire. Because it is inert, the strobel disconnects the athlete from the shoe’s responsive cushioning. But by stitching a full-length articulated Air Zoom bag to the upper, Chang and Nike engineers made the Air unit a more dynamic element of the shoe.

You can expect the Nike KD 12 in the ‘90s Kid’ theme to release on April 1st. Following we have the Black and White pair known as ‘Day One’ which will release on April 6th. Retail price is set at $150. Below you can check out more images for a closer look.