By Brian Betschart
May 26, 2016
In
NikeNike Basketball 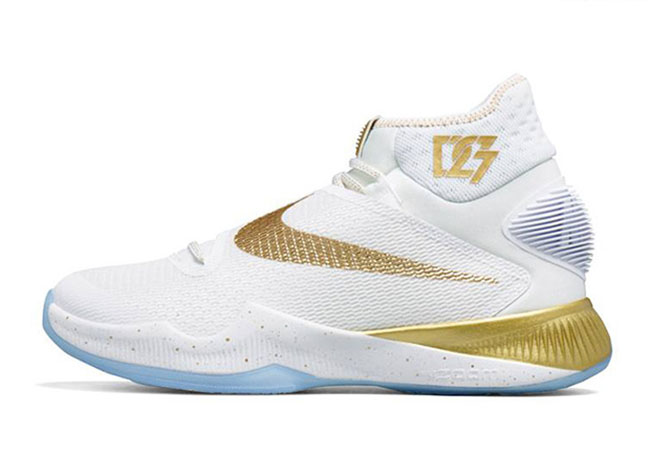 Draymond Green and the Golden State Warriors will host the OKC Thunder tonight for Game 5 of the Western Conference Finals. While the Warriors are on the brink of elimination, the All Star Power Forward will be wearing the Nike Hyperrev 2016 Draymond Green PE.

The Nike Hyperrev 2016 for Draymond Green features a clean White and Gold color scheme inspired by the Larry O’Brien trophy and the teams pursuit of going back-to-back. The uppers will use predominate White while Gold detailing lands on the Swoosh, around the lower part of the heel, speckled across the midsole and Green’s branding of DG23 by the collar.

There is also a second pair that features Black, Gold, White and hints of Blue which looks to represent the Warriors over the Larry O’Brien trophy.

Below you can check out both the Nike Hyperrev 2016 Draymond Green PE releases. Currently select Foot Locker locations in the Bay Area have released the two. To find out where, check out their Launch Locator. 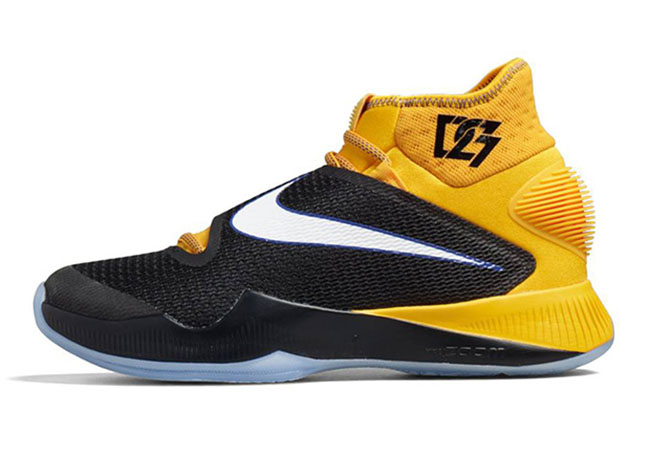