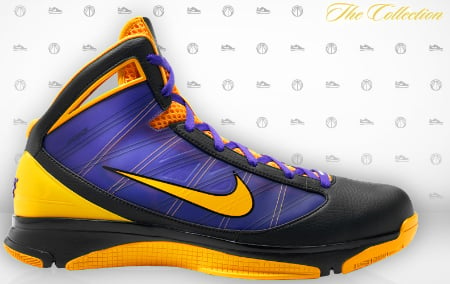 Even though Derek Fisher is no longer as good of a basketball player as he once was, Fisher is still an integral aspect of the L.A. Lakers. Thus, Nike has decided to make two Nike Hyperize colorways for the Lakers’ starting point guard. The first pair, dubbed as the “Home” PE, features a white base with purple and gold accents, whiile the “Away” pair hosts a black pair with similar purple and gold accents. Unfortunately, the “Derek Fisher PE” Nike Hyperizes will never make their way to retailers near you, so just check out the pictures after the jump. 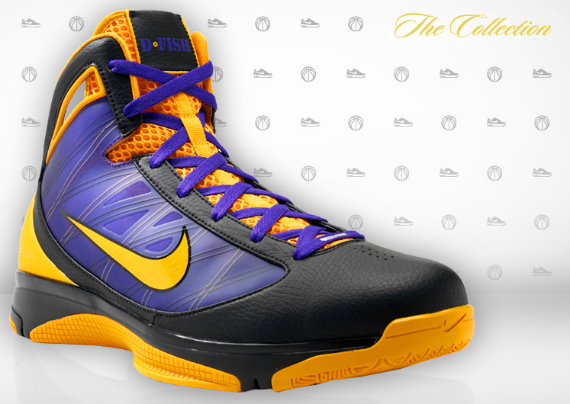 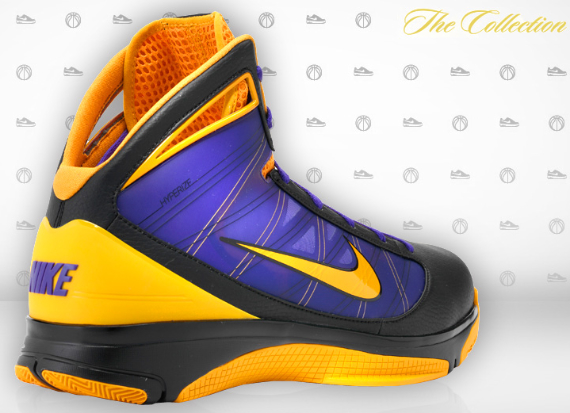 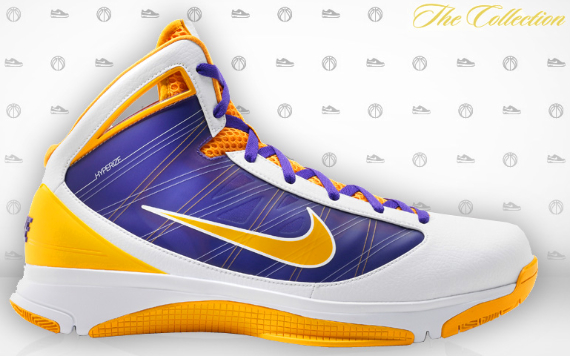 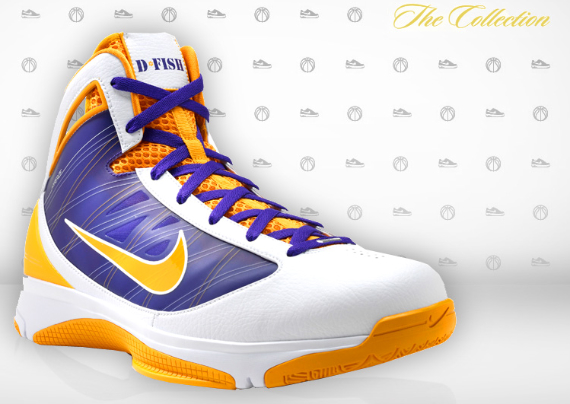 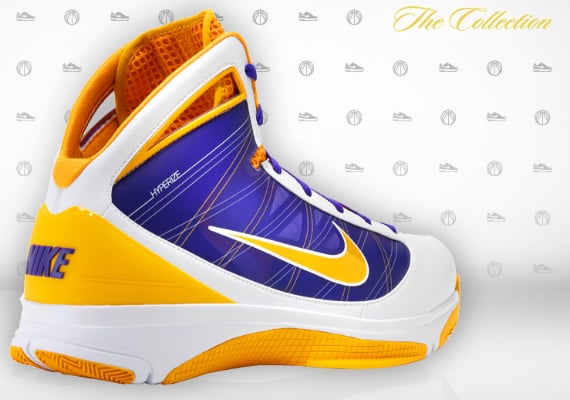