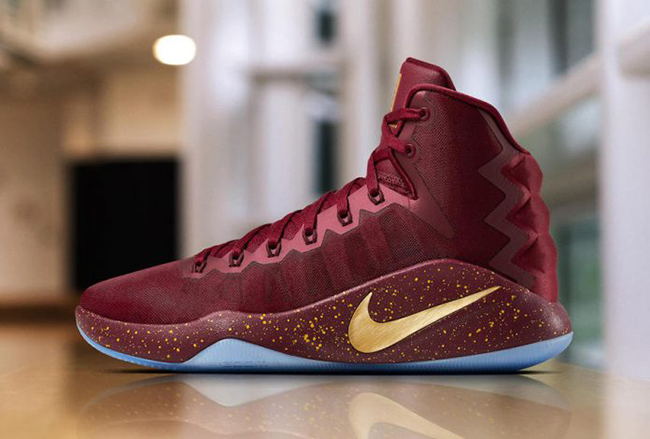 What everyone has been waiting for is the NBA Finals which will be a rematch between the Cleveland Cavaliers and Golden State Warriors. This marks the third year in a row that the two teams matched up in the NBA Finals. As for sneakers being worn, you can expect various special editions including Kevin Love’s recently unveiled Nike Hyperdunk 2017 NBA Finals PE.

As you can see, this Nike Hyperdunk 2016 is dressed in shades of Wine Red, Gold and Yellow throughout which mimics that of the Cavaliers uniform. Featuring Wine Red across the uppers, Gold lands on the Nike Swoosh and speckled across the midsole. Other highlights include Kevin Love’s logo on the tongue and an icy translucent outsole.

Below you can check out more images of the Nike Hyperdunk 2016 Kevin Love Finals PE which will give you a closer look. You can also expect Kevin Love to wear them frequently on-court during the Finals. While a release is unknown at the time of writing, we will make sure to update you with additional details. 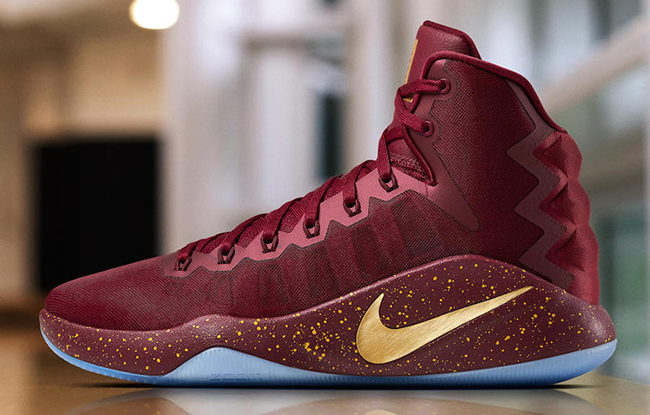 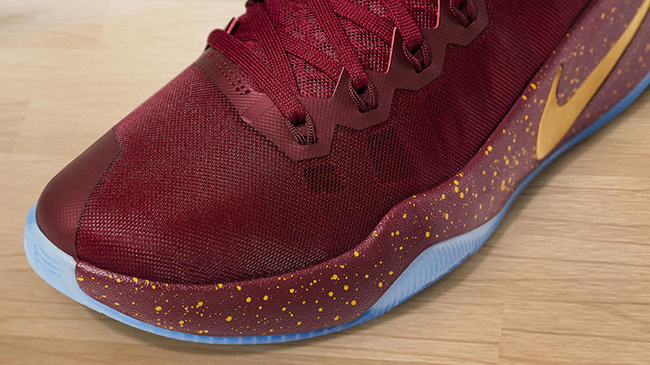