By Brian Betschart
May 14, 2015
In
NikeNike Basketball 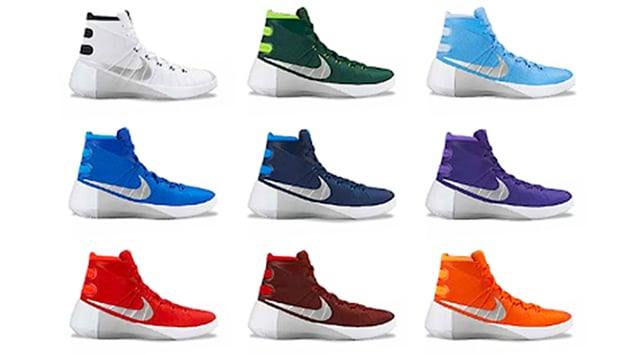 The Nike Hyperdunk 2015 is expected to hit retailers this summer, giving us an early start to hit the courts before next season starts. Taking on a bulkier build, but at the same time appears to give good ankle support, we now have an extended look at the colorways set to come.

A couple of the 2015 Nike Hyperdunks we have previewed but excluded from the image shown is the city pack which more than likely will have a limited run. According to the sheet, the pairs featured are apart of the TB series, otherwise known as Team Bank. Each of the 2015 Hyperdunk TB will retail at $140. 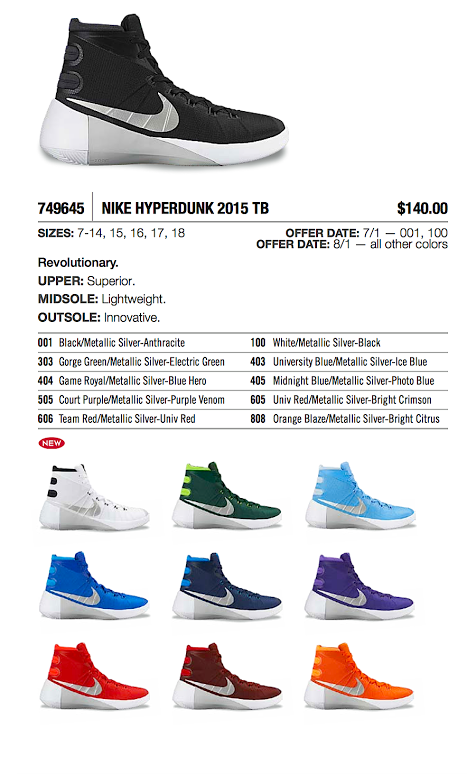