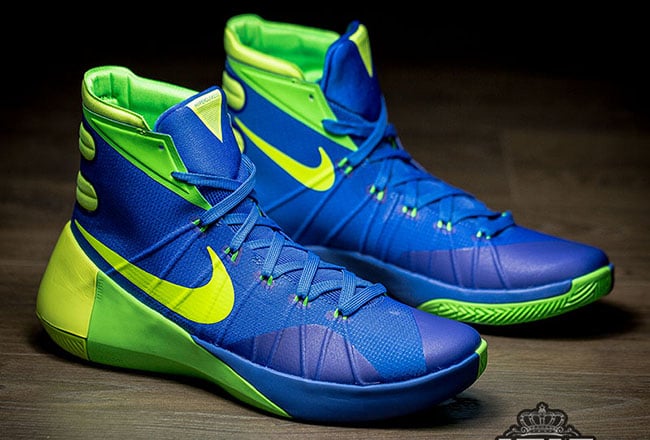 The Nike Hyperdunk 2015 Sprite will be one of a few initial offerings from Nike when they roll out the newest Hyperdunk model. Borrowing a color mashup we have seen through the LeBron series, the Sprite edition is one of a select few that will come with a more standout theme.

Staying true to the Sprite theme, they will use soar which is a shade of blue through the Hyperfuse base. On the heel, swoosh and part of the midsole, Nike has mixed volt and green strike.

While the Sprite Nike Hyperdunk 2015 is already available overseas, the shoes won’t officially hit retailers in the states until July 1st, 2015. Additional images can be seen below and let us know if you plan on hitting the courts in the Hyperdunk 2015. 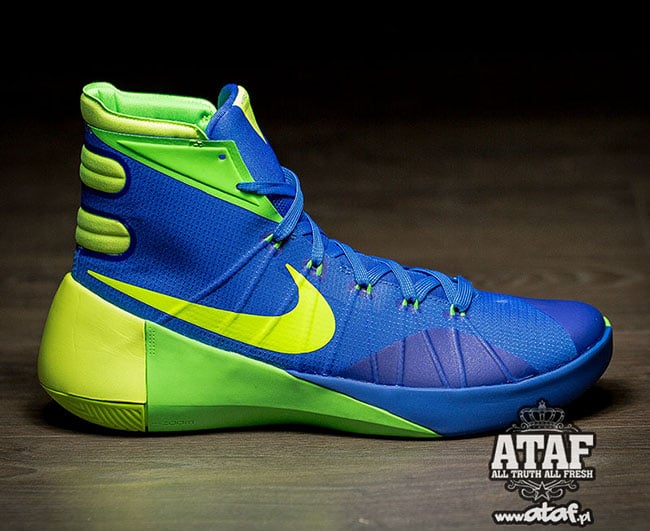 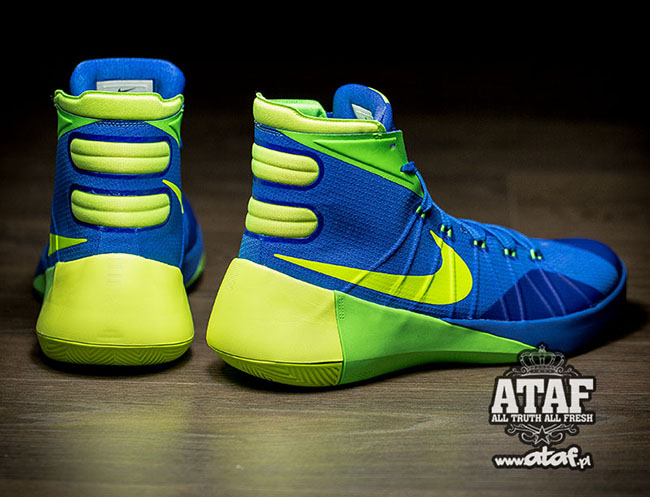