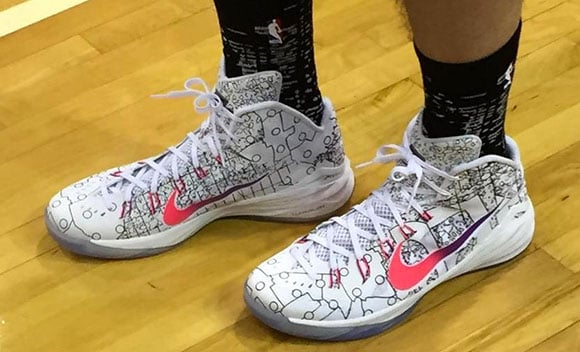 Mason Plumlee will be joining the Team USA for the Rising Stars challenge and will also partake in the Dunk contest. He was recently spotted in the Nike HyperDunk 2014 outfitted in the ‘Zoom City’ theme.

The All Star Nike Hyperdunk 2014 features a white base with a pink to gradient purple swoosh. Graphics used on the uppers also are inspired by New York City. They are finished off with an icy translucent sole.

Unfortunately there is no word that the Nike Hyperdunk 2014 All Stat will release to the public and probably will be seen on a few other athletes taking part in this weekends festivities.