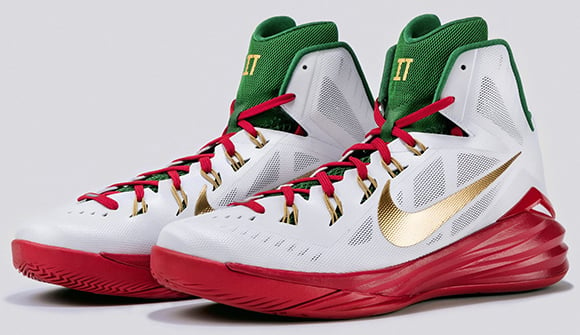 Reigning 3-Point Shootout champion and participating in the 2015 contest is San Antonio Spurs Marco Belinelli. The pair he could be wearing during this weekend festivities is the Nike Hyperdunk 2014 made exclusively for him.

The Hyperdunk 2014 could be a iD but either way they were produced for Belinelli. The sneakers colorway is inspired by his hometown of San Giovanni in Persiceto, Italy. Featuring a white base, green is used on the tongue and liner, red is placed on the midsole with metallic gold on the swoosh and tongue. Inside of the tongue reads “Family First” and on the outside reads “IT”, showing support to Italy.

We don’t expect the Nike HyperDunk 2014 Marco Belinelli PE to actually release, but you should see him wearing them on the court soon. 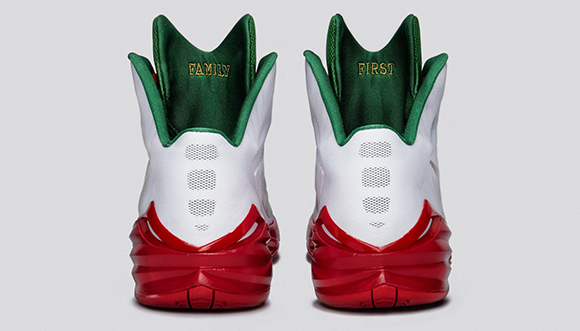