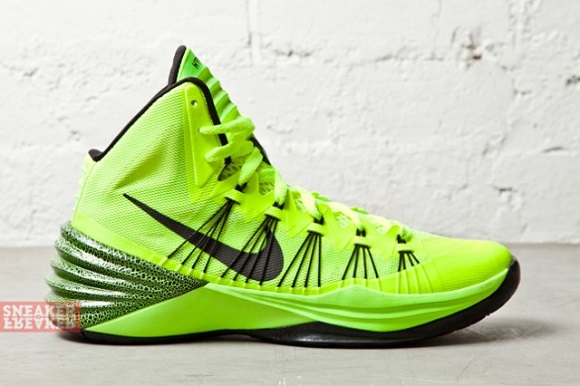 The Nike Hyperdunk 2013 just became that much more enticing due to the newest colorway to hit the sneaker; volt. Volt has been a popular colorway in the sneakerworld and a staple in many Nike releases. Although the newest of the Hyperdunk family has been large and even bulky looking, the 2013 Hyperdunk is ultra-light for a basketball high top shoe. The heel of the shoe is where you might spot the most detail.It features a ‘cracking’ effect that Nike has come to be quite fond of. The flywire is still present in the upper, just on top of one of the most eye-catching uppers in the sneaker world today. A finalized release date is still unknown but retail is expected to be similar to other Nike Hyperdunk 2013 models. This has been a sneakerfiles update; stay posted for more sneaker news. 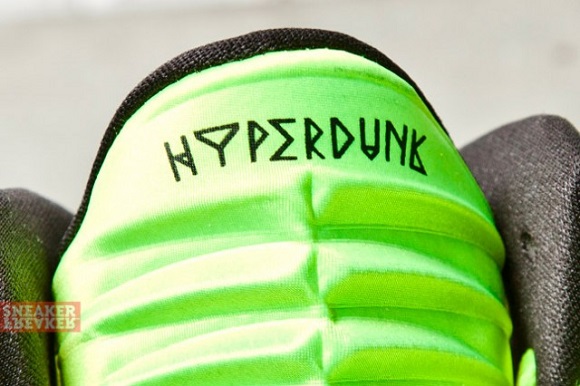 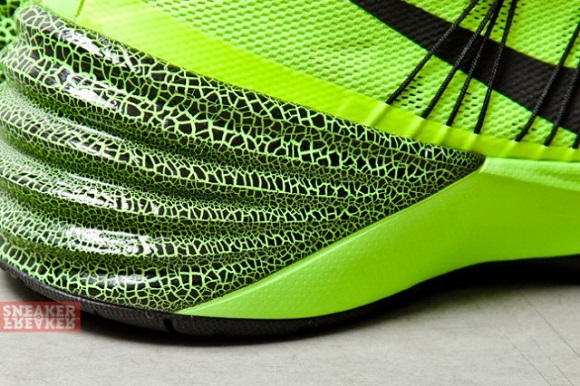 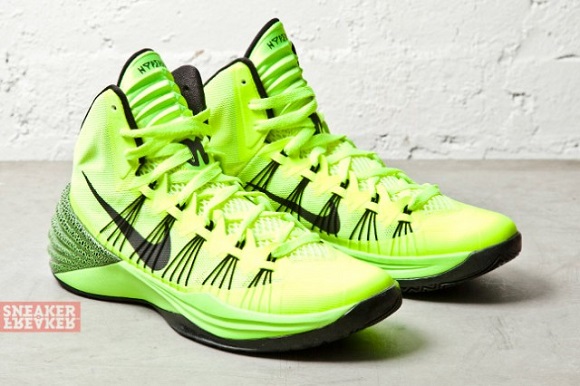 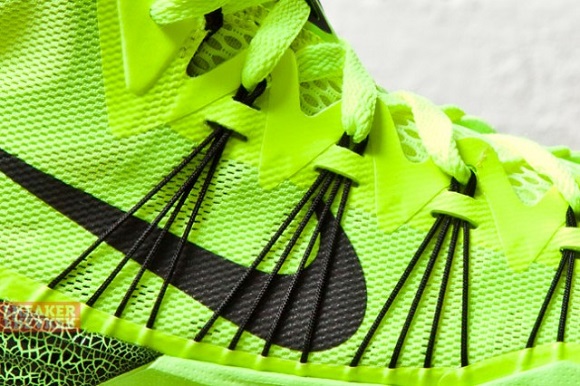