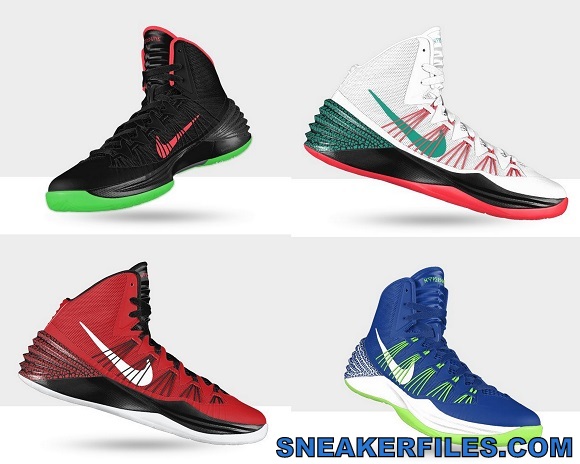 A couple months ago, we brought you a first look at the newest iteration in the Nike Hyperdunk series, the Nike Hyperdunk 2013. Today, we bring you news of the shoe’s addition to the Nike iD family of available palettes, giving you the ability to design your own version of the basketball shoe.

With several bright colors and options to choose from – including a “glow in the dark” option for several components of the shoe, including the outsole, midsole, and even the Flywire – fans of the Hyperdunk 2013 now have the option to design their own colorway of the shoe, matching their pair to their school or favorite team’s colors.

Available now at Nike.com, head over and design your own pair. Below are a couple colorways I came up with, including a version of the ever-popular “Yeezy” colorway (one that I happen to personally despise more and more with every new “Yeezy” custom) after a few minutes of trying out the different color combinations and options. Come up with some of your own and let me know what your favorite colorway looks like in the comments below! 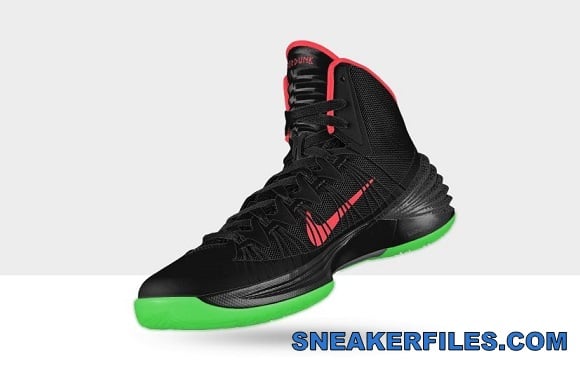 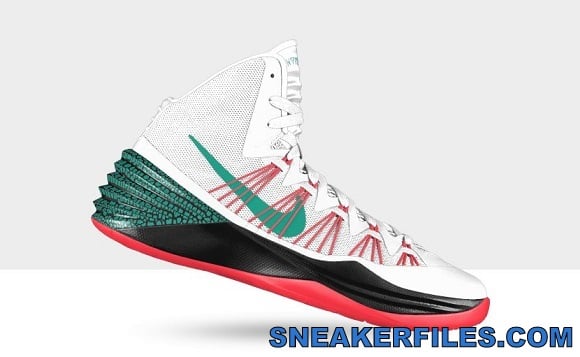 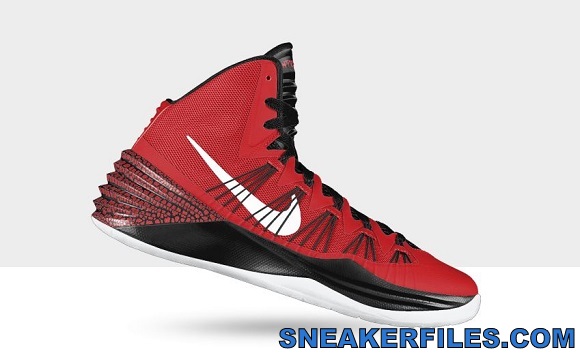 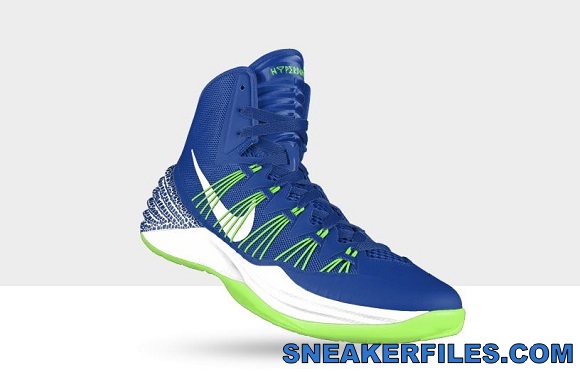 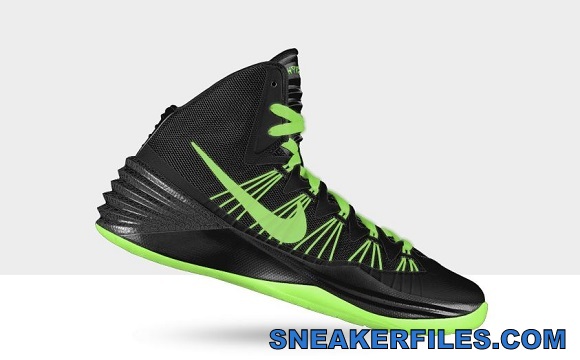