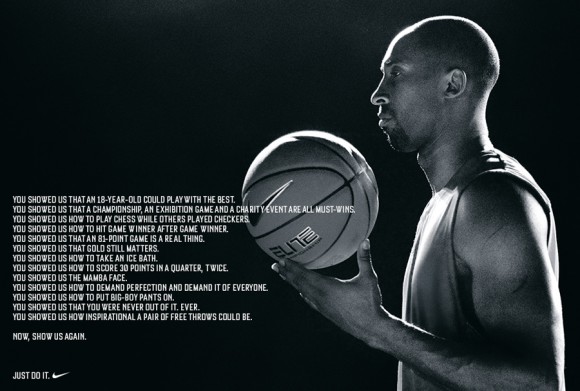 Kobe Bryants season-ending injury all but dashed the Lakers hopes for another championship ring, but putting the Playoffs aside, there is a far deeper story than what is seen on the surface.

As we all know, Bryant went down with a torn Achilles. But what you may not know is that this is an injury, that for most players his age, would be a career killer. In the eyes of the Black Mamba, this is just another challenge that he is more than capable of overcoming.

Kobes will to win and compete are characteristics that will without question carry Bryant straight into the Hall of Fame whenever he decides to hang it up and retire. This weekend, Nike Kobe with an ad that pointed out all of his great accomplishments and unparalleled professionalism. At the very end of the ad are the words Now, Show Us Again which unequivocally sets the tone for Bryants speedy recovery and triumphant comeback.

Though Father Time is catching up with the Mamba, we know just like everyone in Laker Nation knows that Bryant still has a lot left in the tank and will most assuredly return next season to show us more than we’ve already seen.

Check out he ad for yourself, along with a response from Bryant himslef, and let us know what you think. Get well soon Kobe, we wish you the best. 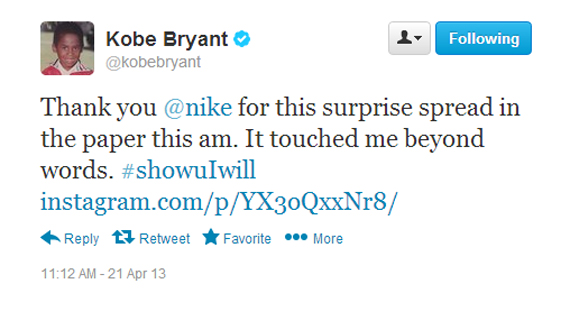 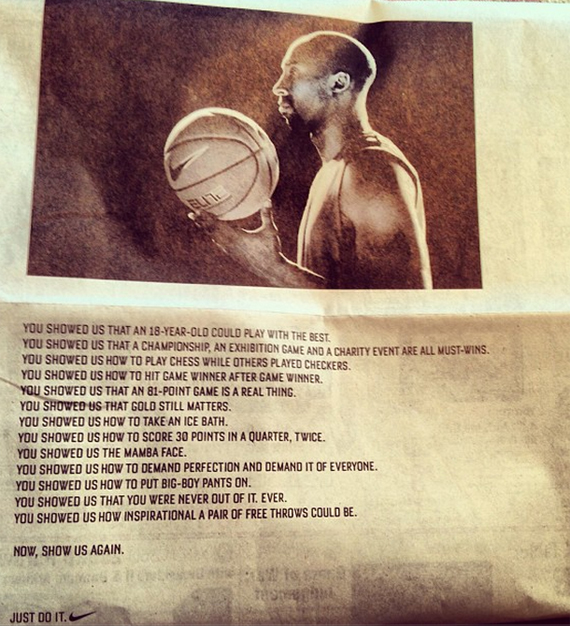