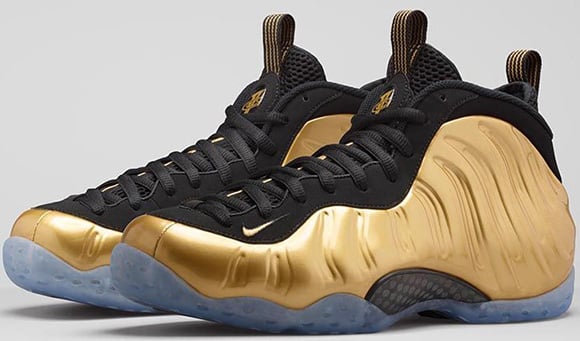 The Nike Foamposite One in metallic gold was scheduled to release tomorrow, March 14th. Then for unknown reasons, Nike pushed the release date back to April 3rd. While we are not sure why the date was changed, we said prior that we believe it was due to a strike at Nike.

Now with the good news, Nike pushed the release date forward. Like mentioned, the Foamposite One Metallic Gold was to release on April 3rd, but now they are releasing on March 20th. Good news is we are less than a week away and will officially launch this Friday.