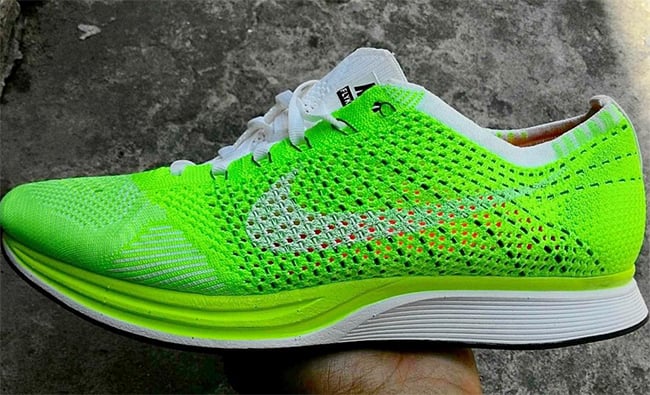 Nike did release a ‘neon green’ Nike Flyknit Racer in the past but the model shown is different. This pair will feature neon green throughout the Flyknit uppers which also bleeds into part of the midsole. Looking closer you will notice hints of orange seeping through the paneling. Following is white on the tongue and the other half of the midsole and are finished off with black detailing.

Currently there isn’t a set release date for the ‘Neon Green’ Nike Flyknit Racer shown. We do however expect them to release sometime in the next few months. Make sure to check back with us for additional details and photos of the latest Flyknit Racer.