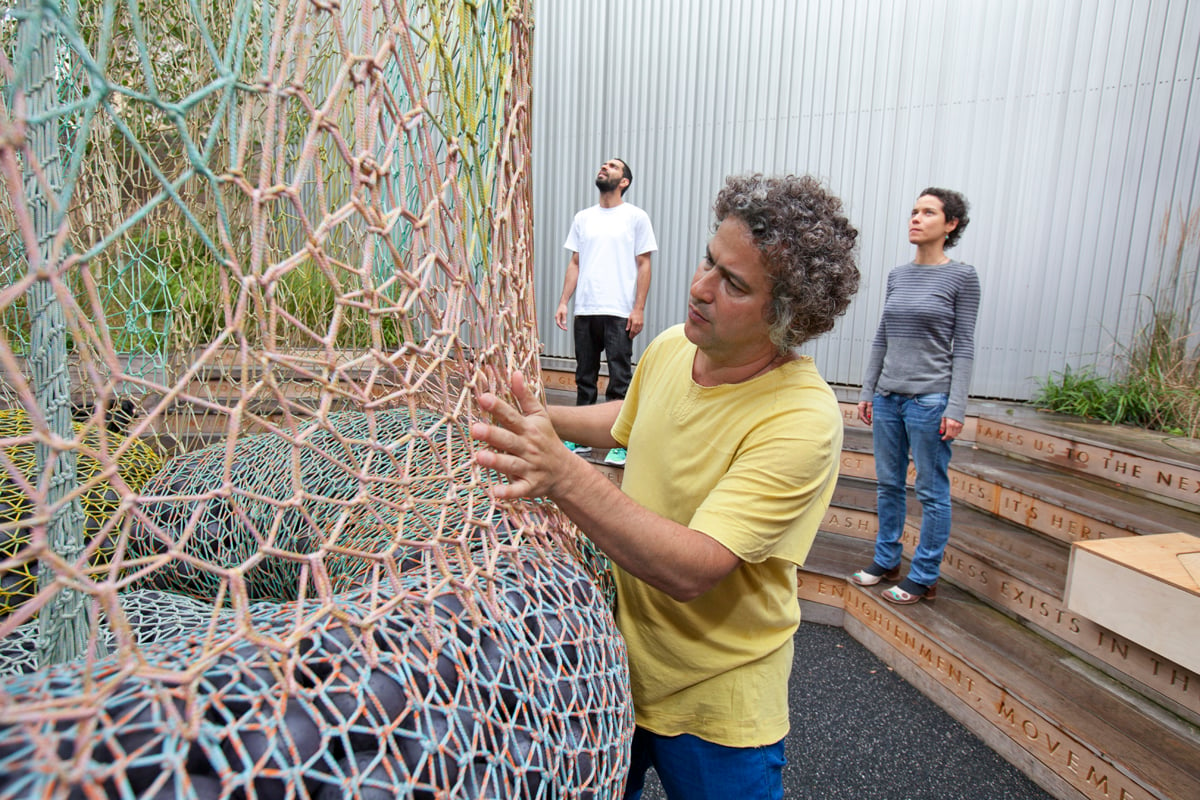 As a part of the Nike Flyknit Collective, NSW’s 1948 London is the current home to a special installation from artist Ernesto Neto.

Nike Flyknit redefines performance design in a near zero waste, incredibly comfortable, reductionist process that is altering the way we look at developing footwear. Carrying the core ethos of Nike’s 40 years of innovation, but delivering new solutions by way of modern technology, the characteristics of Nike Flyknit technology can be applied to the arts too — a different kind of performance. The Nike Flyknit Collective was formed to offer a place for global innovators in different fields to use the 4 key principles of Flyknit and apply and interpret them in a way that interacts and connects with local communities.

Leading Brazilian sculptor and artist Ernesto Neto’s unique installation in the courtyard of London’s 1948 space is an introduction to the Nike Flyknit Collective project that will span five key cities before concluding in Rio. On display until the 17th of August, Neto’s suspended vision focuses on formfitting, but also delivers its own vision of performance and sustainability.

Nike Flyknit is a paradigm shift. It changes the way performance footwear is designed, produced, and worn. Flyknit is a technology that allows the upper to be created out of precisely engineered yarns — it is a sustainable revolution in the form of a new proposal for the human body.

These are the core benefits of Nike’s Flyknit innovation and the elements that have more broadly formed the foundation of Nike design for the last 40 years. These ideals require a constant evolution of problem solving through design.

These are not qualities that are coveted solely by athletes looking for the competitive edge. They are a set of fundamental principles of design, art, and architecture which prompted Nike to create the Nike Flyknit Collective: a platform for creatives in all fields to generate dialogue around, interact with, and ultimately enable them to express these principles through design in their own way and in their own communities.

The notion of physical activity will play a role in both the concept and execution phases. While the process itself is intended to inspire the creator, the ultimate goal is for the final expressions to inspire the communities around them in a new and transformative way. Innovators across different disciplines and cultures are invited to convert the abstract benefits of Nike FlyKnit into practical, physical structures and spaces.

Considered one of the absolute leaders of Brasil’s contemporary art scene, Ernesto Neto’s reputation has been built around interactive installations and sculptures in which fabric, thread, and other woven membranes have been used as the means of transforming architectural space and the human body’s relationship to it.

A native of Rio, Neto’s most recent work has used a form of crochet to create a soft, suspended architecture that conforms to the body as it interacts with them. Lightweight, tactile, and formfitting, the structure embodies many of the key qualities of Nike Flyknit technology while proposing new ways of thinking about the human body and the physical architectures that define and contain it.

As with Nike Flyknit, each sculpture is made up of individual parts — thread or rope — then woven into an organic whole. Paralleling Nike Flyknit’s emphasis on sustainable production, the creation of the knitted textile was executed with an emphasis on minimal waste. In 1948 in London we are given an early peek of what will be presented in Brasil.

Consisting of a woven sculpture suspended in the courtyard of 1948, the Neto’s piece invites participants to climb into its netted enclosure, stretch, relax and consider the qualities of formfitting structures and their interaction with the human body. Just as the 1948 space operates as a hub for a variety of sporting collectives, such as London’s community running group, Run Dem Crew, Neto’s work embraces and encourages another form of kinetic activity.

Neto’s work will be on display at 1948 until the 17th of August. Over the following weeks, the Nike Flyknit Collective members will unveil further works in London, Shanghai, New York, Tokyo and Milan, concluding in Rio, where the spotlight is set to fall on the future of performance. 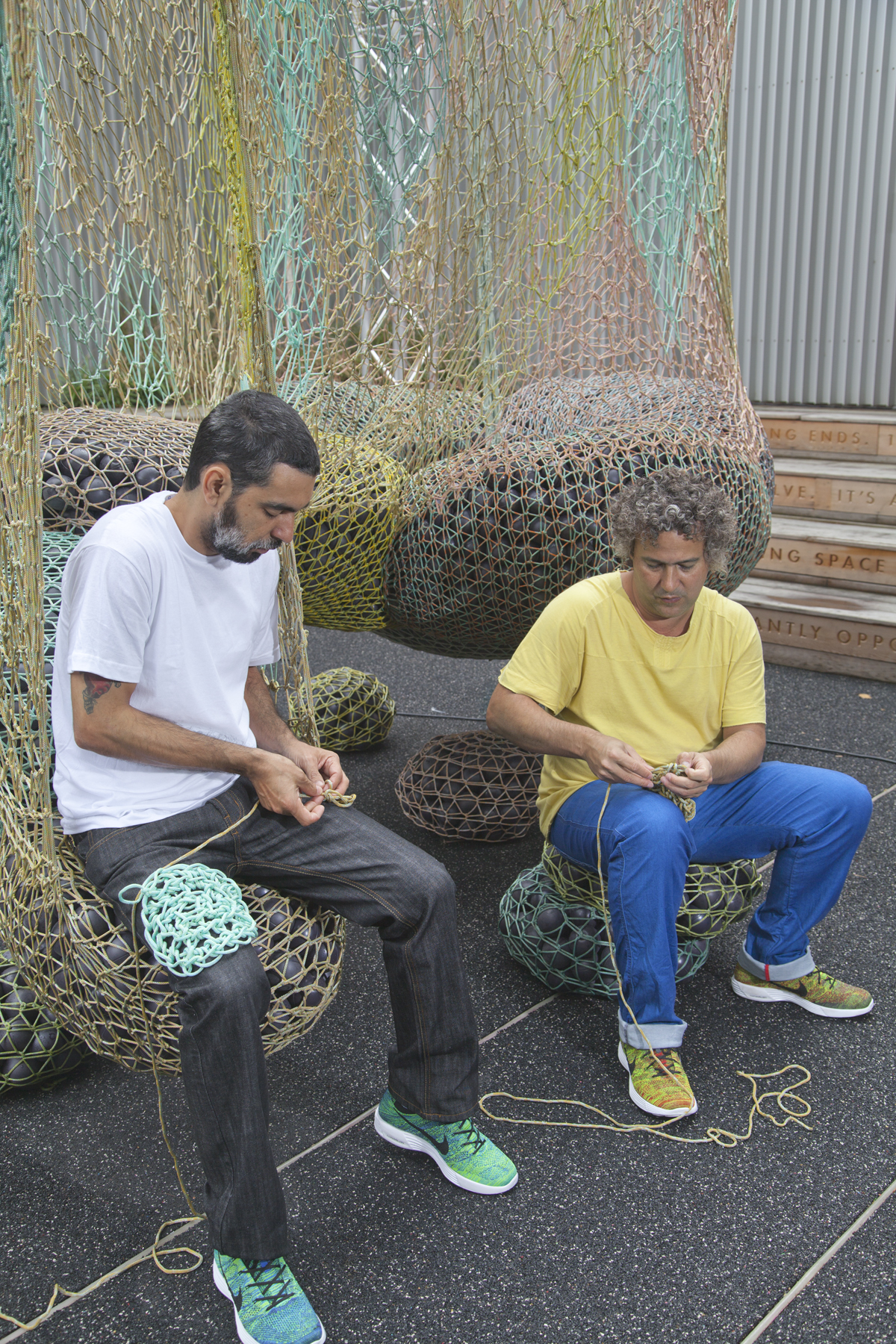 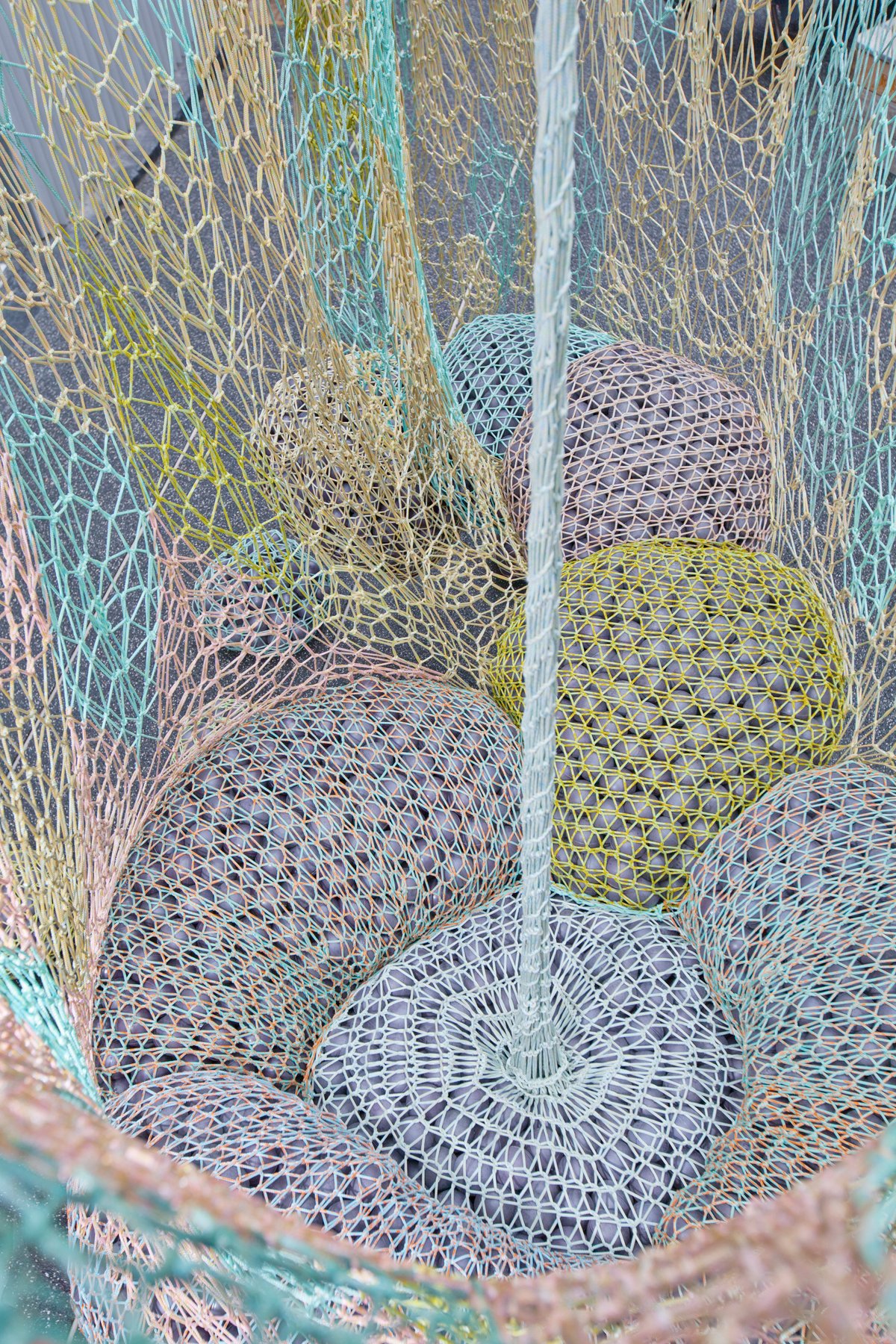 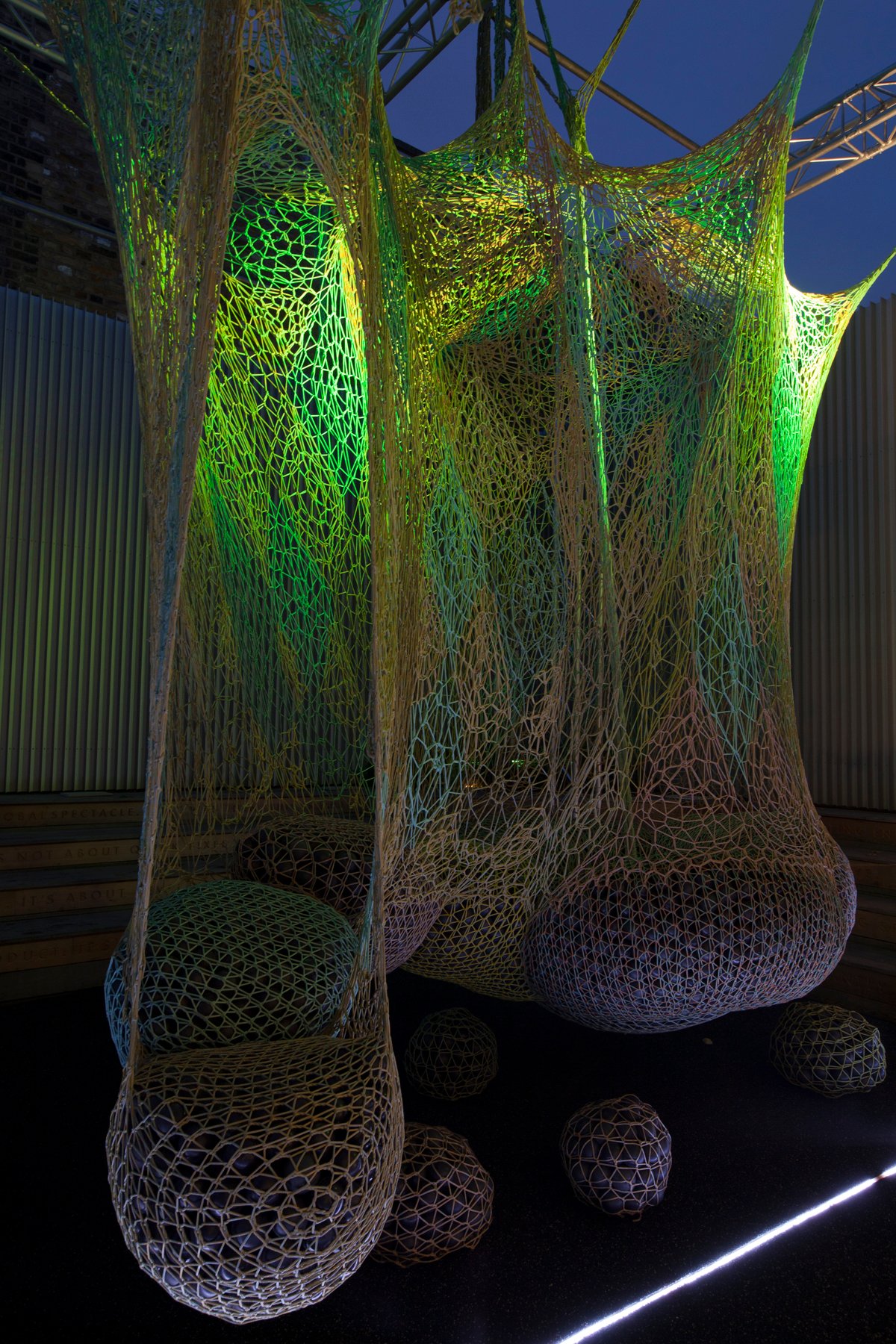 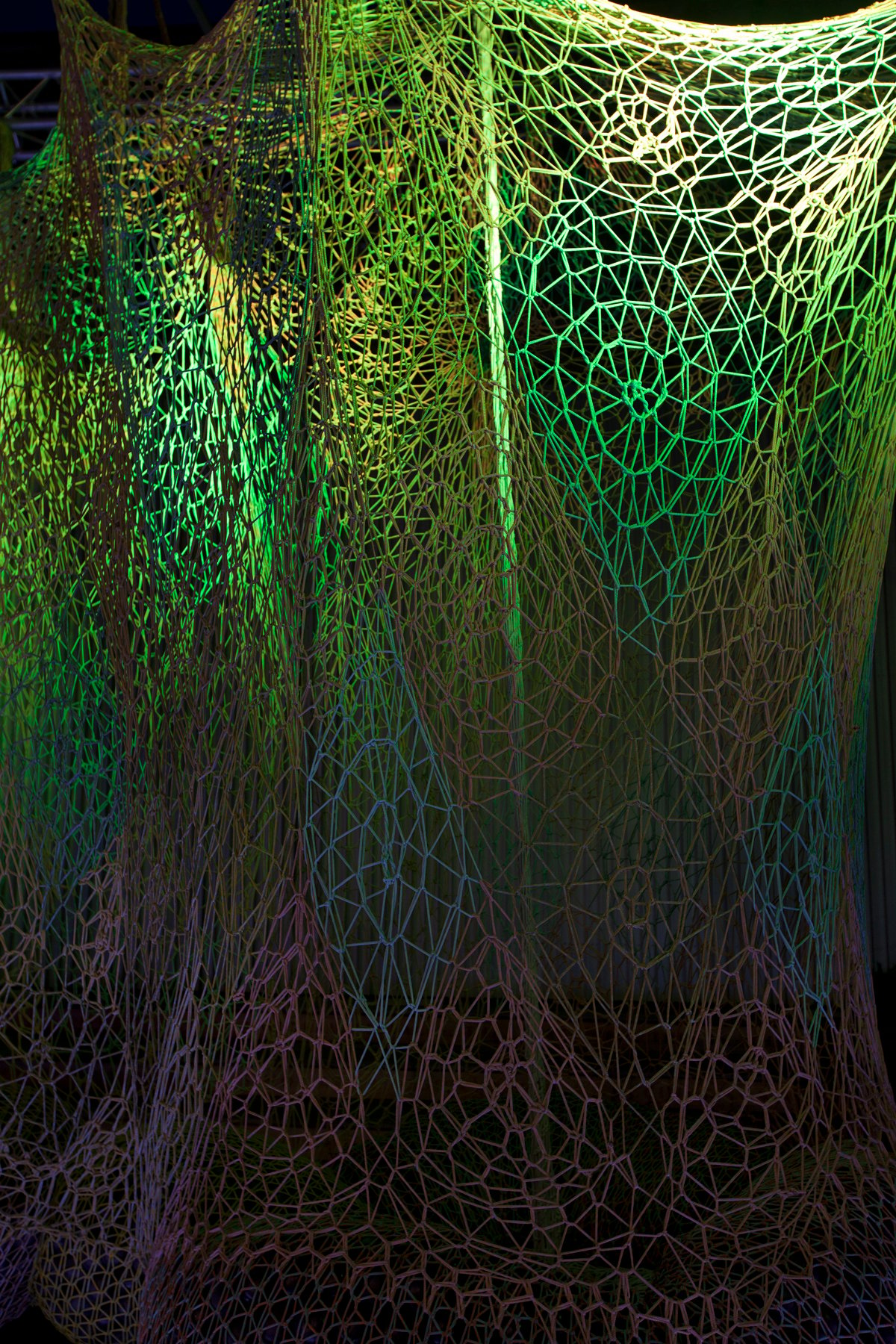 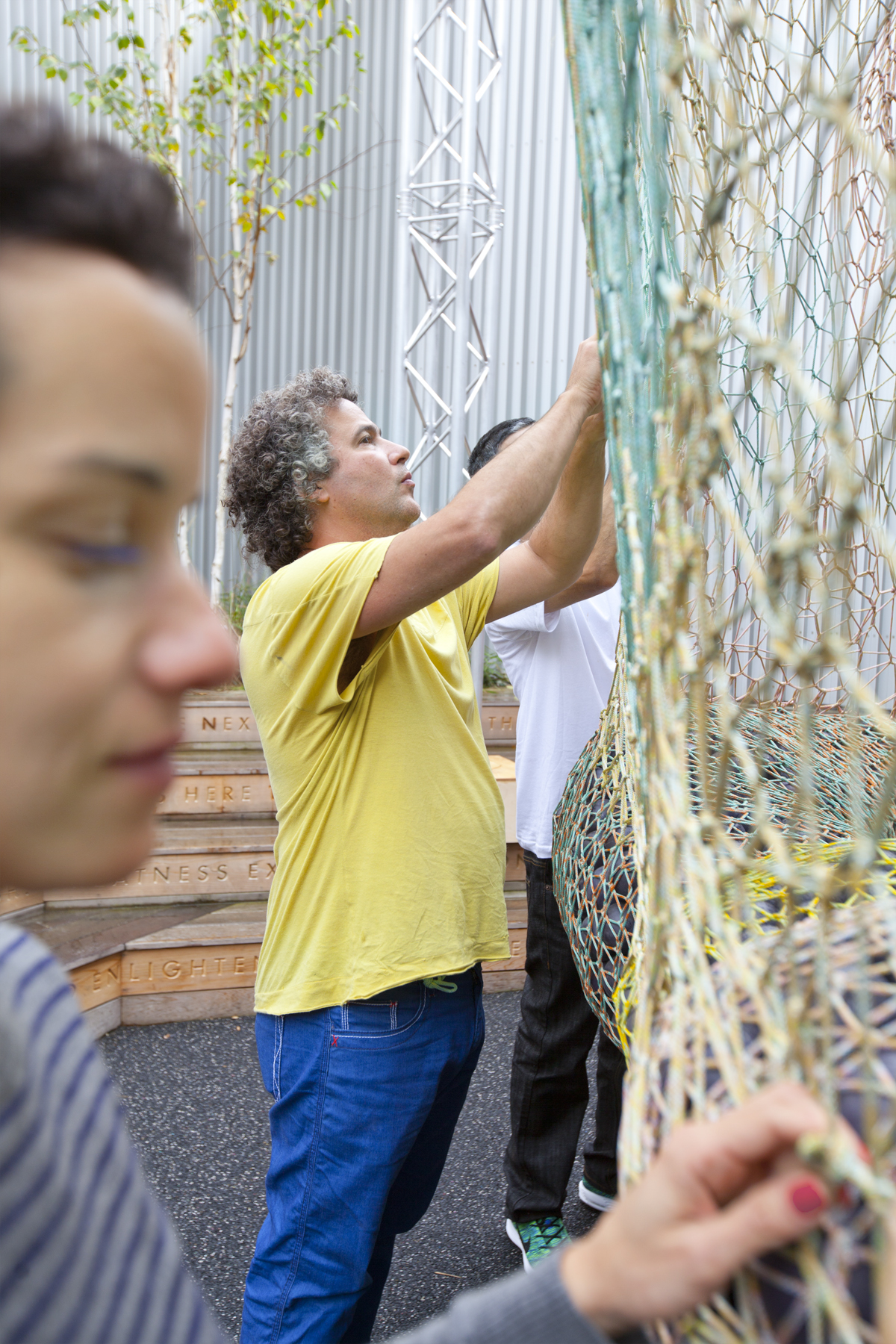 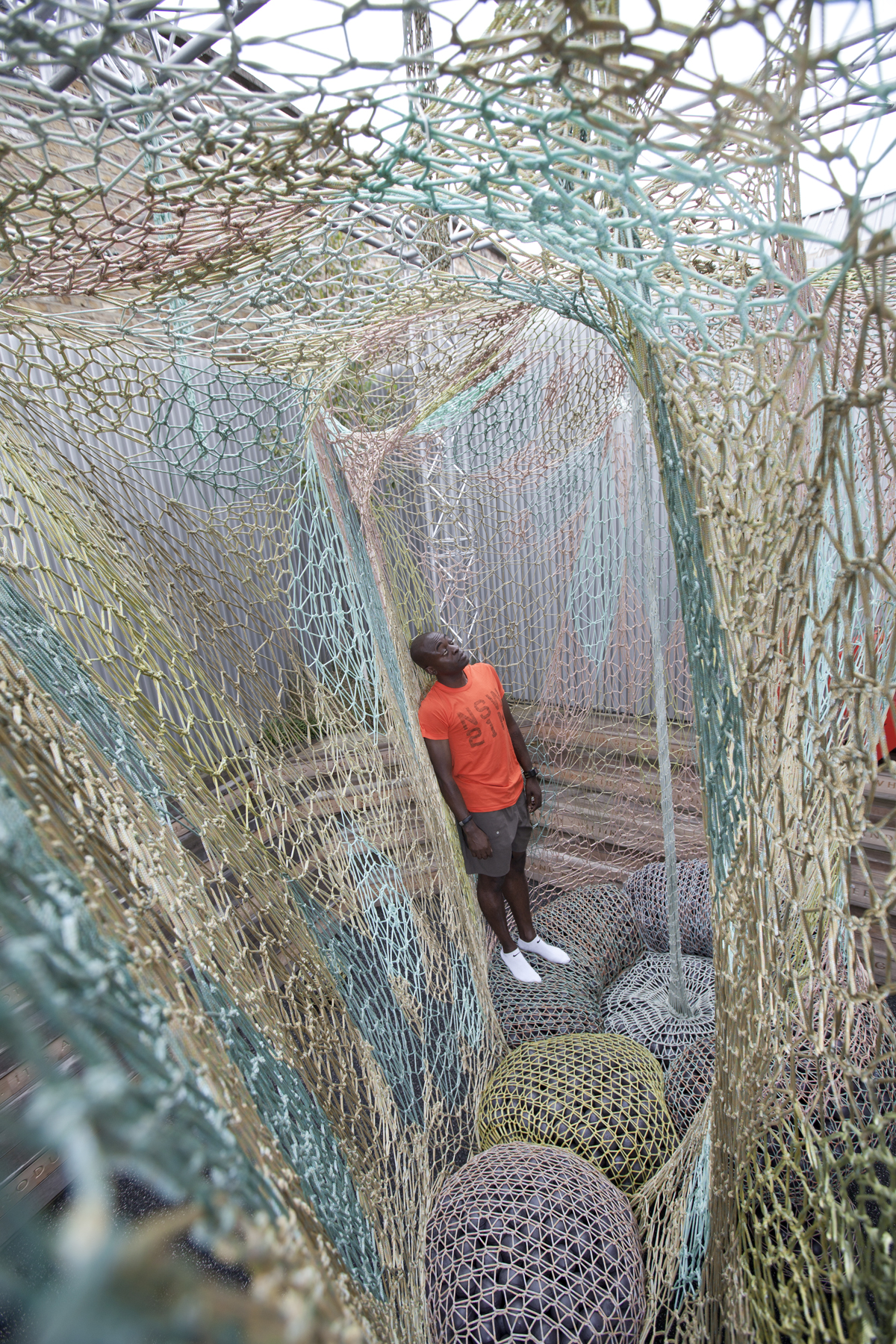 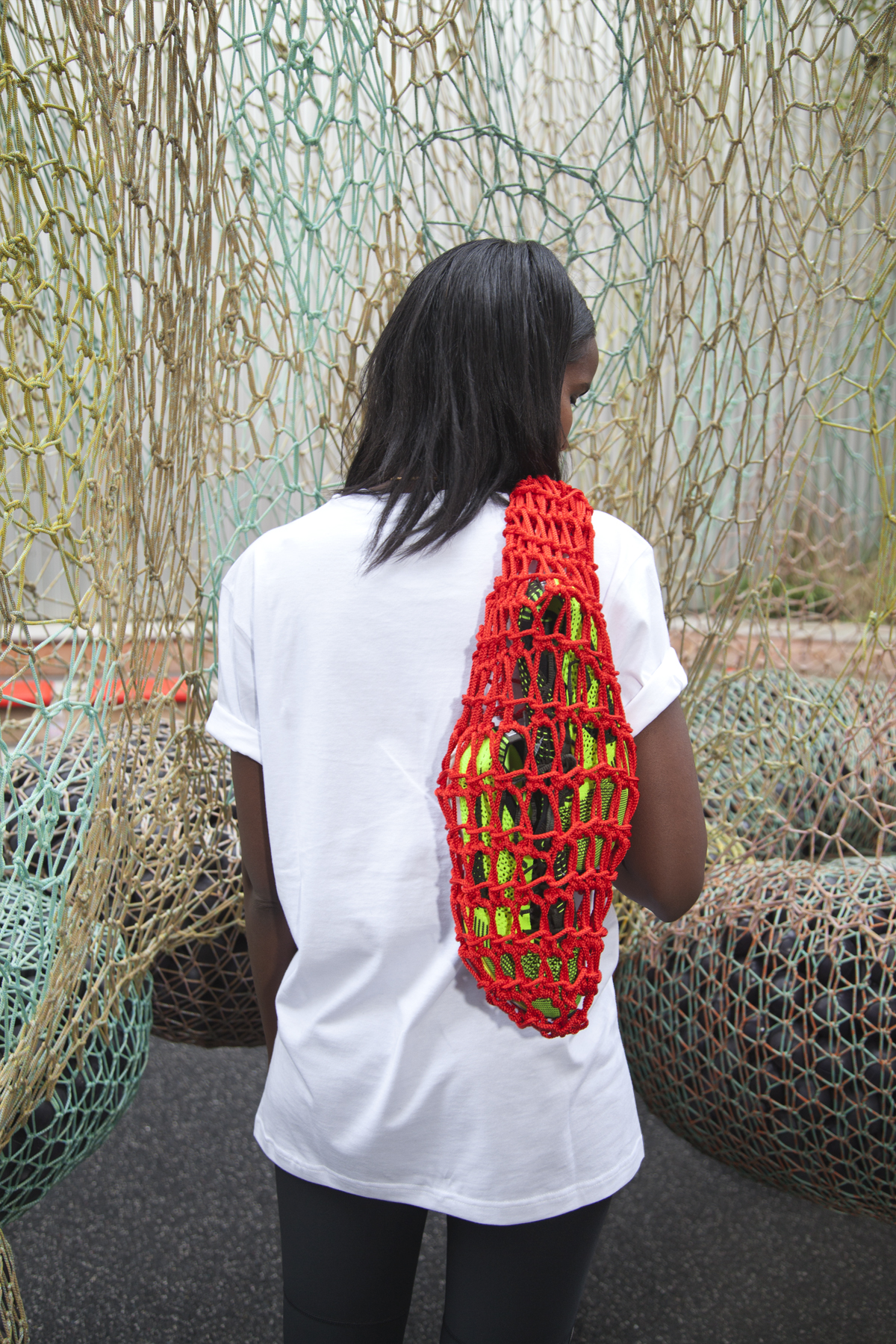