We recently learned that Flyknit will make it’s way to the Air Force 1, but the brand will make sure there are still classic colors. Here is a first look at the Nike Flyknit Air Force 1 ‘White’.

You probably have noticed that this pair is a low, which previously a high top white Flyknit AF1 leaked. Featuring an all white takeover which includes the Flyknit material dressed through the base, leather hits the swoosh and heel tab. The last detail is the use of a partial translucent outsole.

The Nike Flyknit Air Force 1 is set to debut during 2016, but a specific date for the white edition or any of the others have yet to be unveiled. Once additional details and images become available we will make sure to update you. What do you think of Flyknit landing on the Air Force 1? Let us know by leaving a comment below.

Update: Most Nike Sportswear retailers are releasing the Nike Air Force 1 Ultra Low Flyknit ‘White Ice’ on March 3rd, 2016. We were able to get our hands on them early which gives you a closer look. 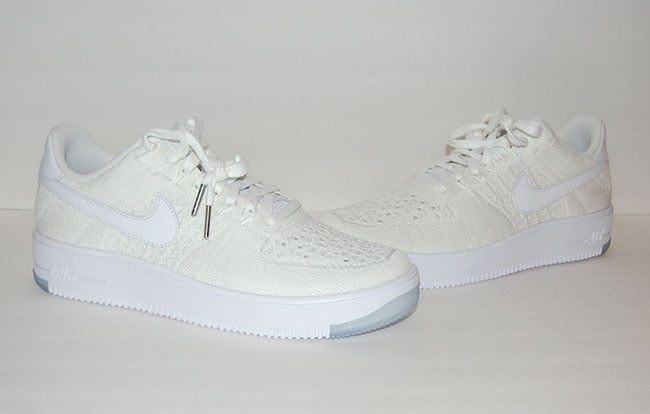 Update: Here is another image of the ‘White’ Nike Flyknit Air Force 1. Still a release date is unknown but that should be coming soon. 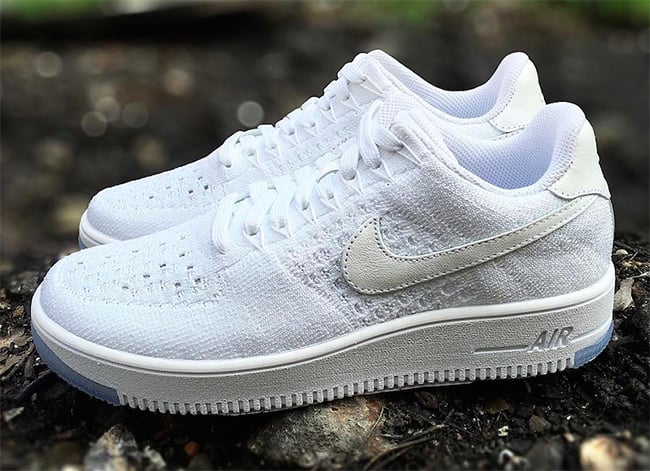 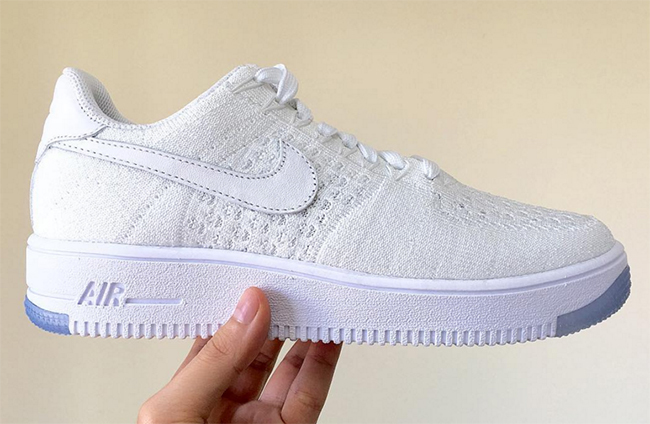