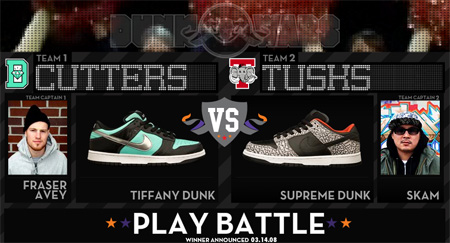 Nike has created what is called “Dunk Wars”, which the concept is putting two Dunks up against each other, giving us the chance to vote which one is better. Each Nike Dunk is represented by someone in the industry.

The first battle is the Nike Dunk SB Tiffany vs. Nike Dunk SB Supreme Lows, with graffiti artist and the owner of the store Livestock, Skam representing the Supremes, and United Front’s Fraser Avey and the Tiffany’s. Check out Dunk Wars to vote. 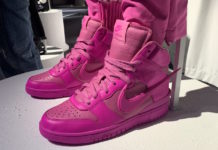 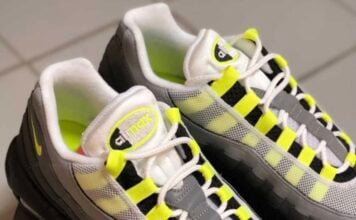