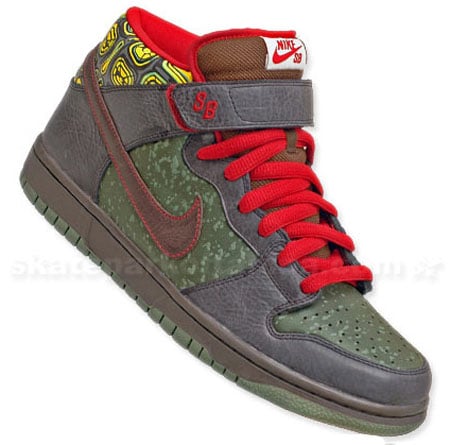 Skate Park of Tampa is regarded to be one of the biggest and best places to skate in the United States. They were also one of the first stores to sell Nike SB models. Now, they have teamed up with Nike SB to create the Nike Dunk SB Mid “Moat”. Featured, is a combination of dark colors to go along with red and yellow accents. The Moat SB Dunk MId was released on Friday and only 100 pairs were sold. 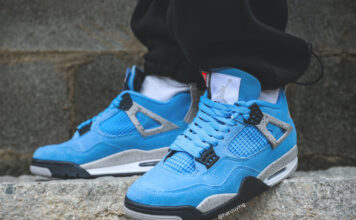