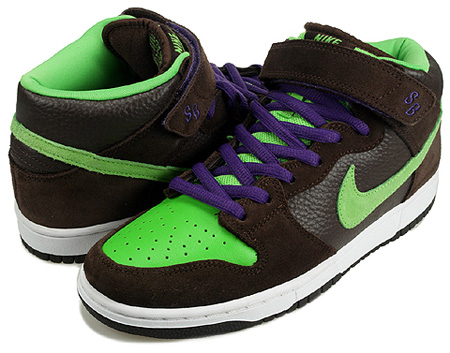 For the people that were born and the 1980s and raised in the 1990s, at one point or another we all have watched Teenage Mutant Ninja Turtles, and even to this day, the show still airs (not as good as the original).

Nike SB has released a lot of sneakers contributing to the 1980s, and now a few Dunks to show appreciation to Teenage Mutant Ninja Turtles, this pair is dubbed Donatello.

The Nike Dunk SB Mid Donatello features a tumbled leather representing the shell, Brown suede, Green on the toe box, tongue and swoosh, finished off with Purple laces and other accents. Already released to some Nike SB accounts like LTD. 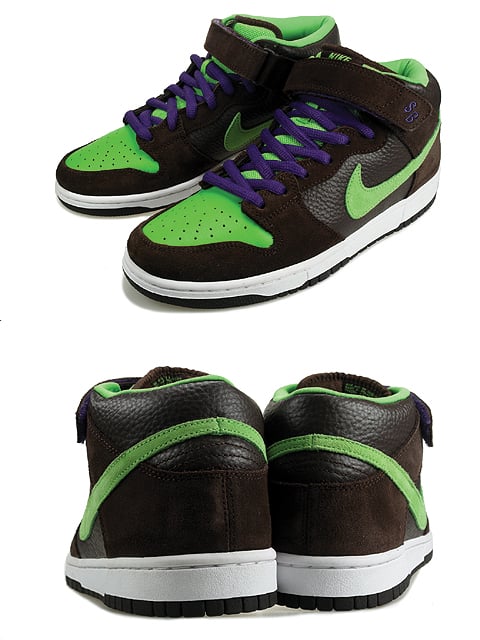 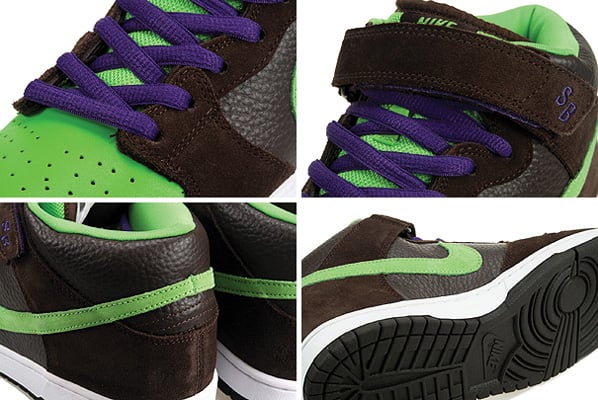