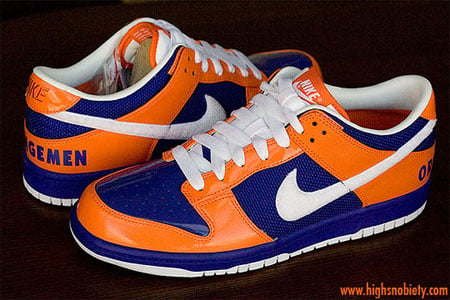 Nike has released what has been reported to be a Syracuse University exclusive Nike Dunk Low that was only released on campus. Featuring the school colors, Orange and Blue are used throughout the shoe with the addition of “Orangemen” written on the shoe, referring to the school’s athletes.

In addition, the materials used include leather, patent leather, ballistic like material and a letterman jacket like material for the swoosh. Although the Syracuse exclusive Dunks were only believed to be available at the college, a few pairs have been spotted on eBay for outrageous amounts exceeding $2,000. Via [hs]. 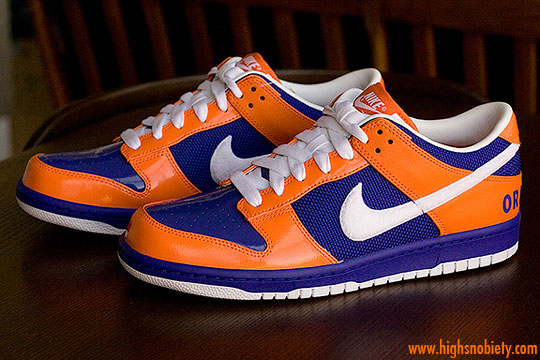 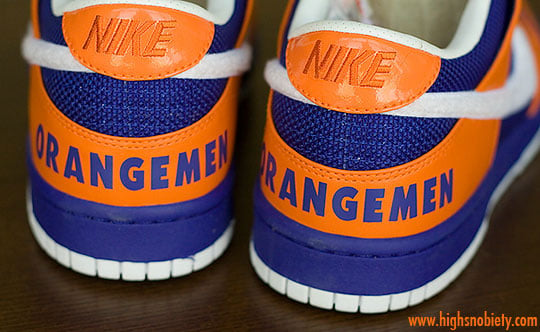 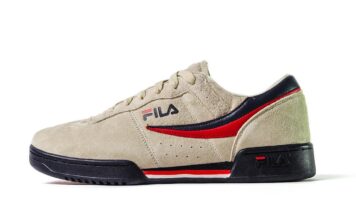