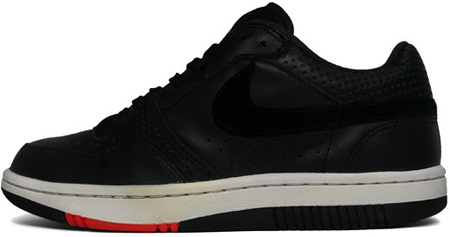 The uppers of the Nike Court Force Low feature Black leather, Nike logo has Black Nubuck, White midsole and Orange sole. As of right now, they are available over seas, but should hit the United States and other locations soon. Via Overkill.