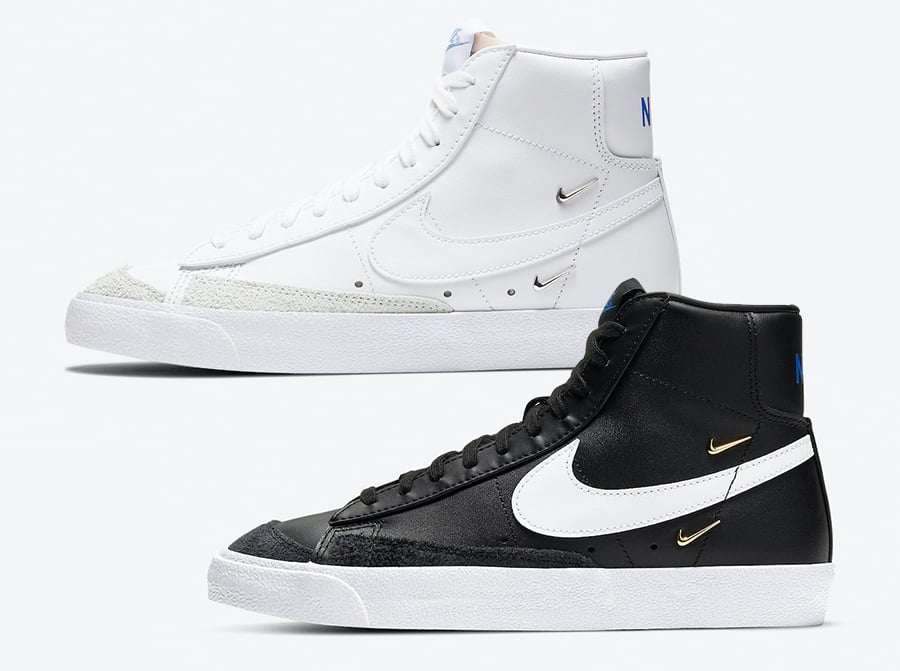 Going over the two, one comes dressed in White while the other is done in Black. The two come constructed with leather along with White on the large Swoosh logos. In addition we have suede on the toe overlay and comes highlighted with mini Metallic Swoosh logos on the panels. Blue is applied to the tongue and heel branding, a unique graphic lands on the insoles while a White midsole and rubber outsole finishes the look.

At the time of writing a release date for the two Blazer Mids has yet to be announced. However they are expected to arrive at select retailers including Nike.com soon. For now you can check out more images which will give you a closer look. 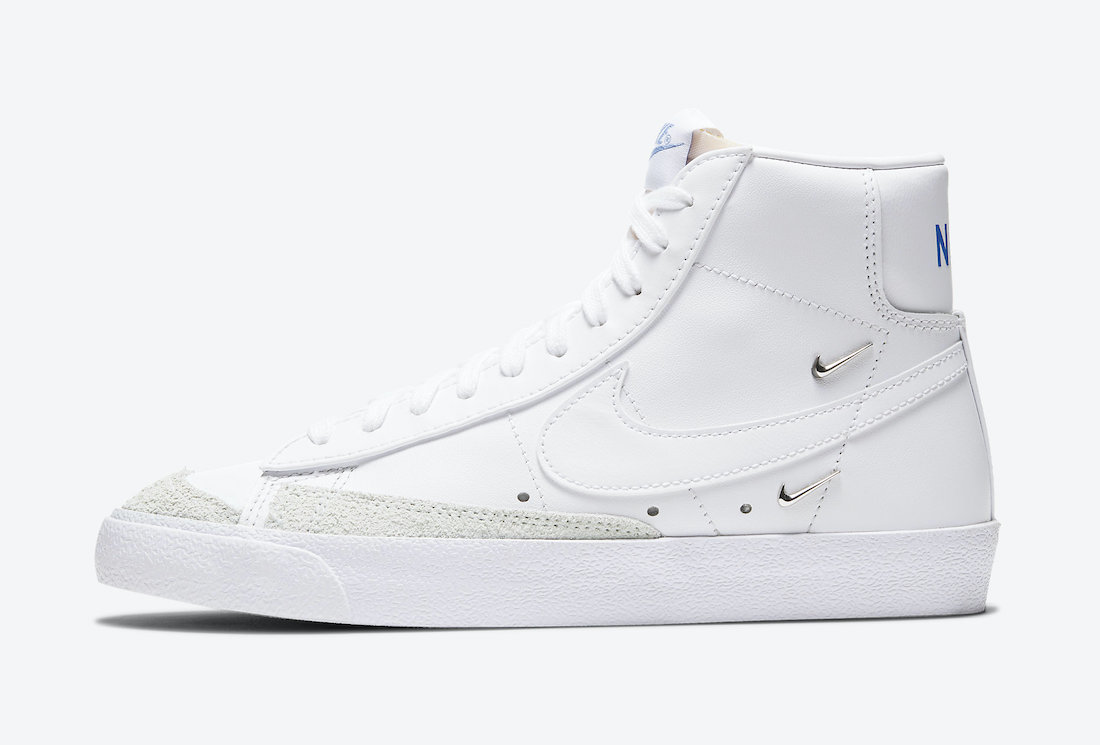 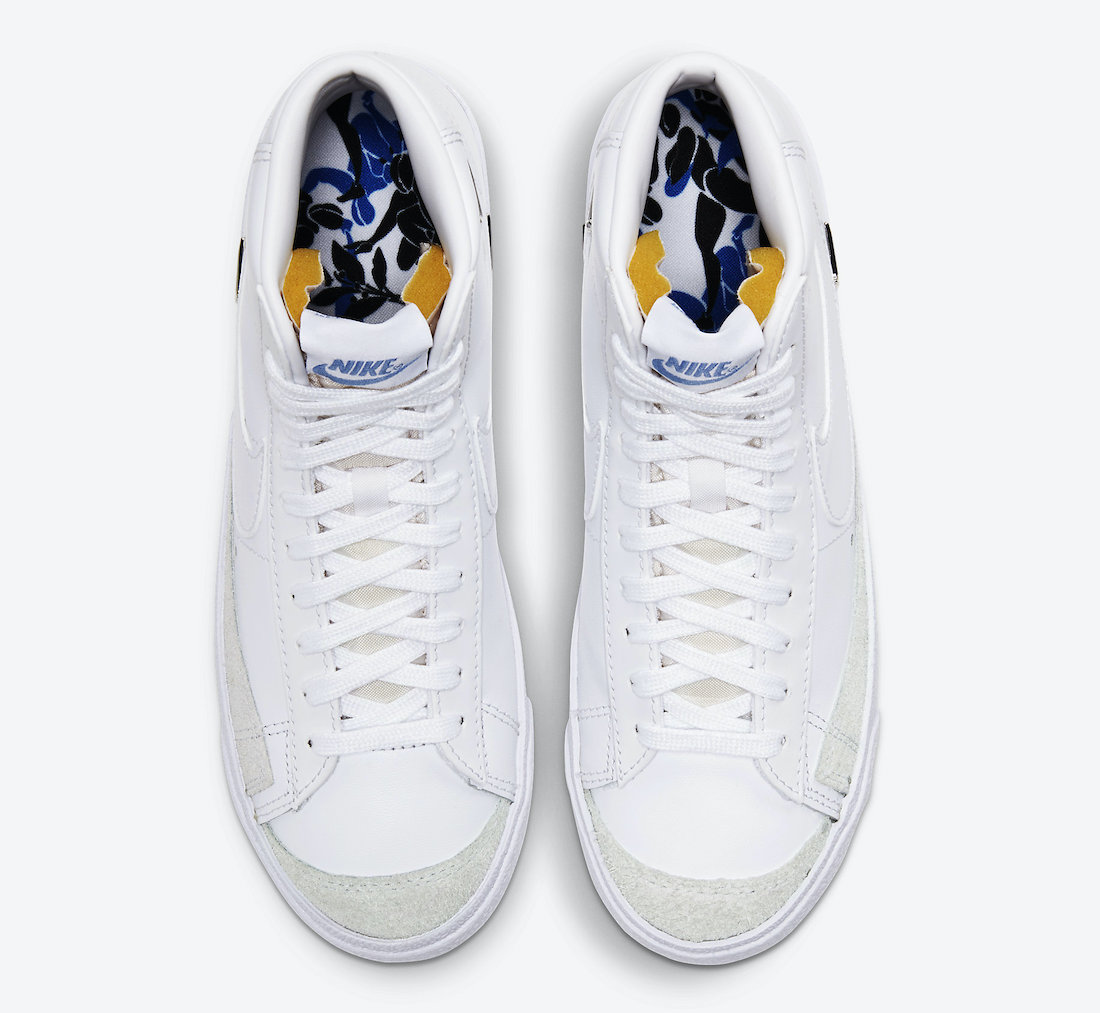 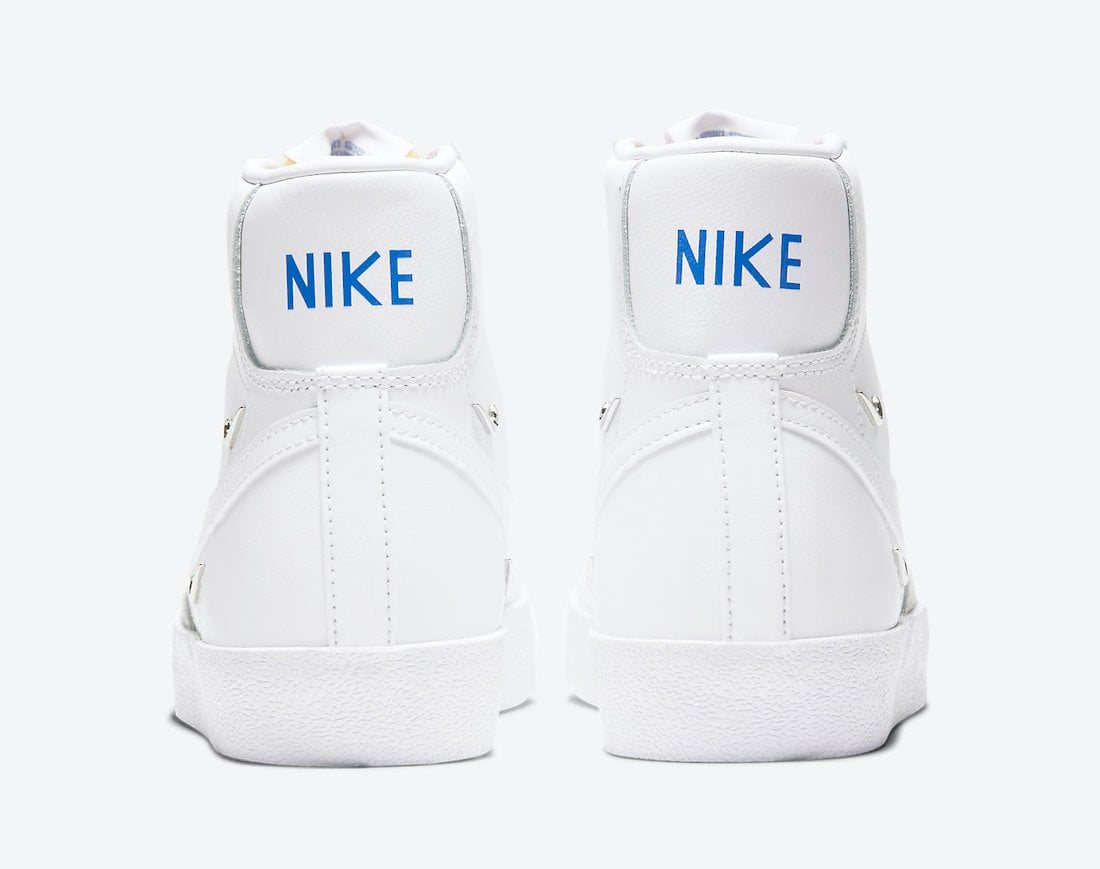 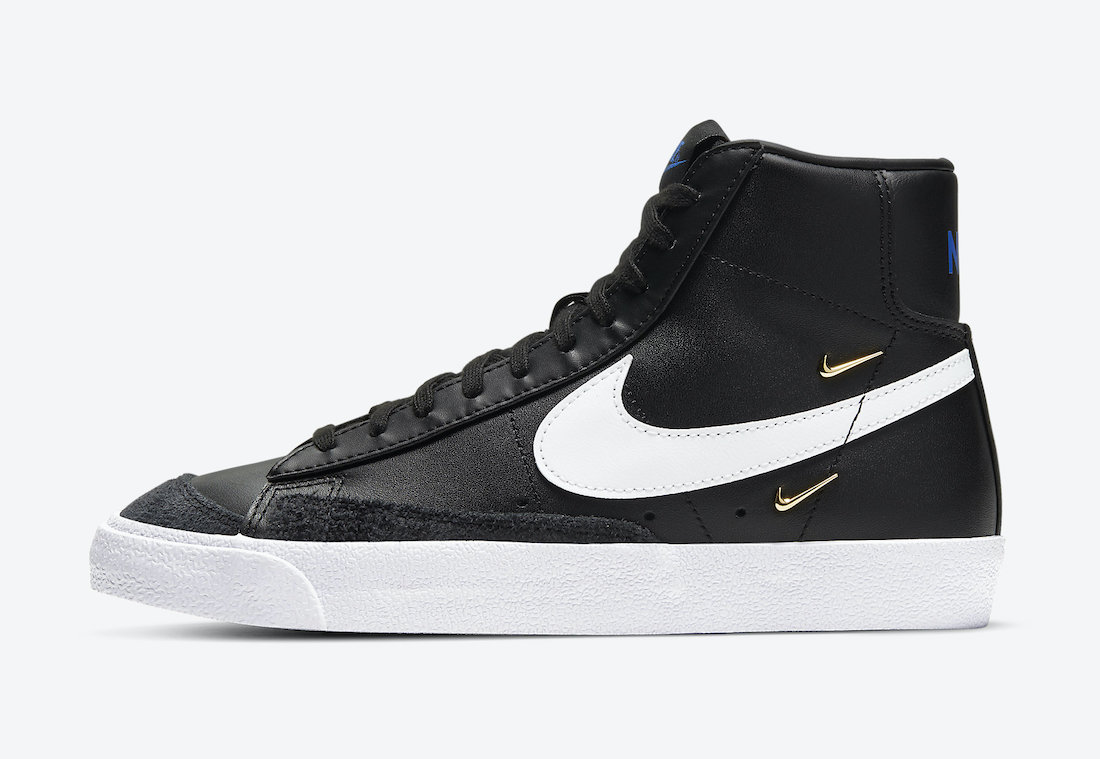 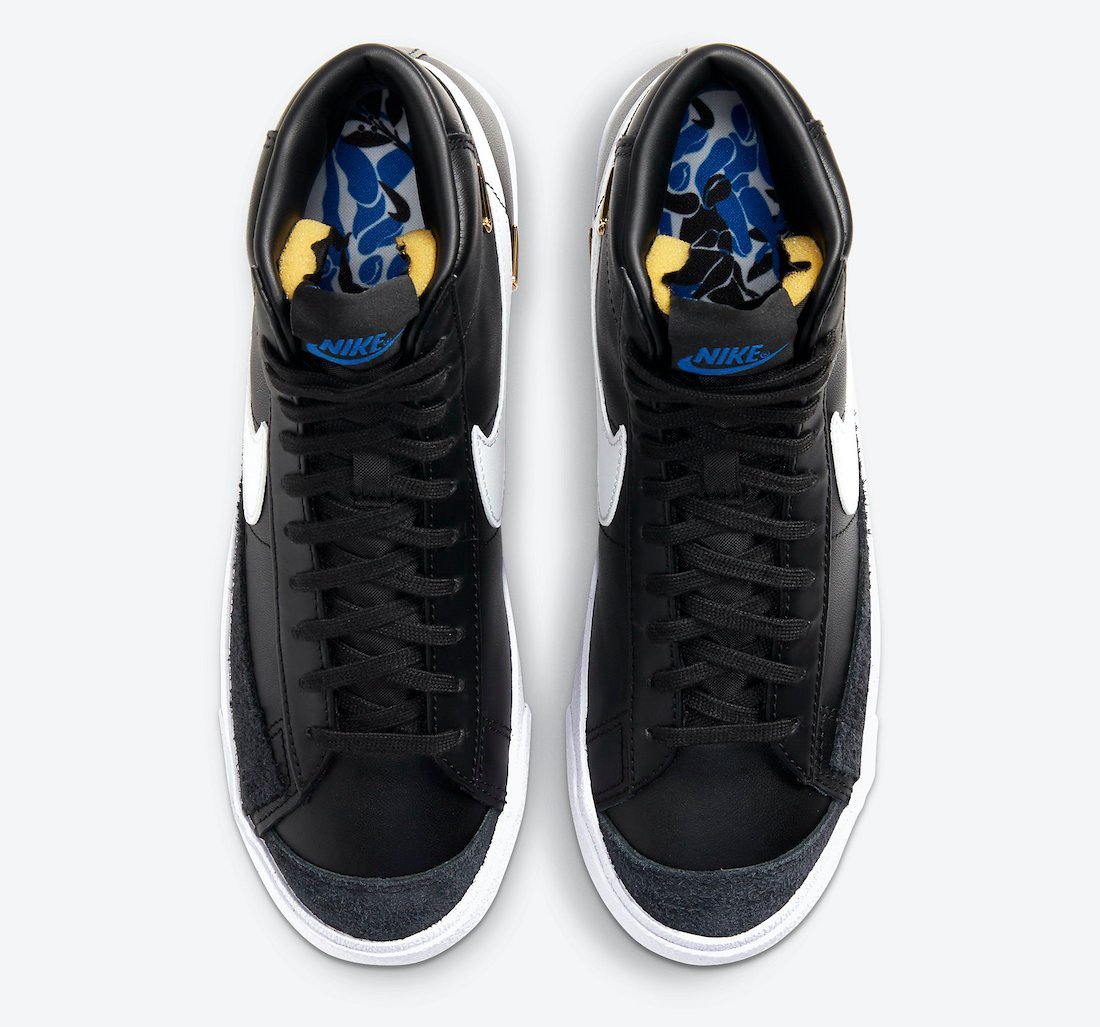 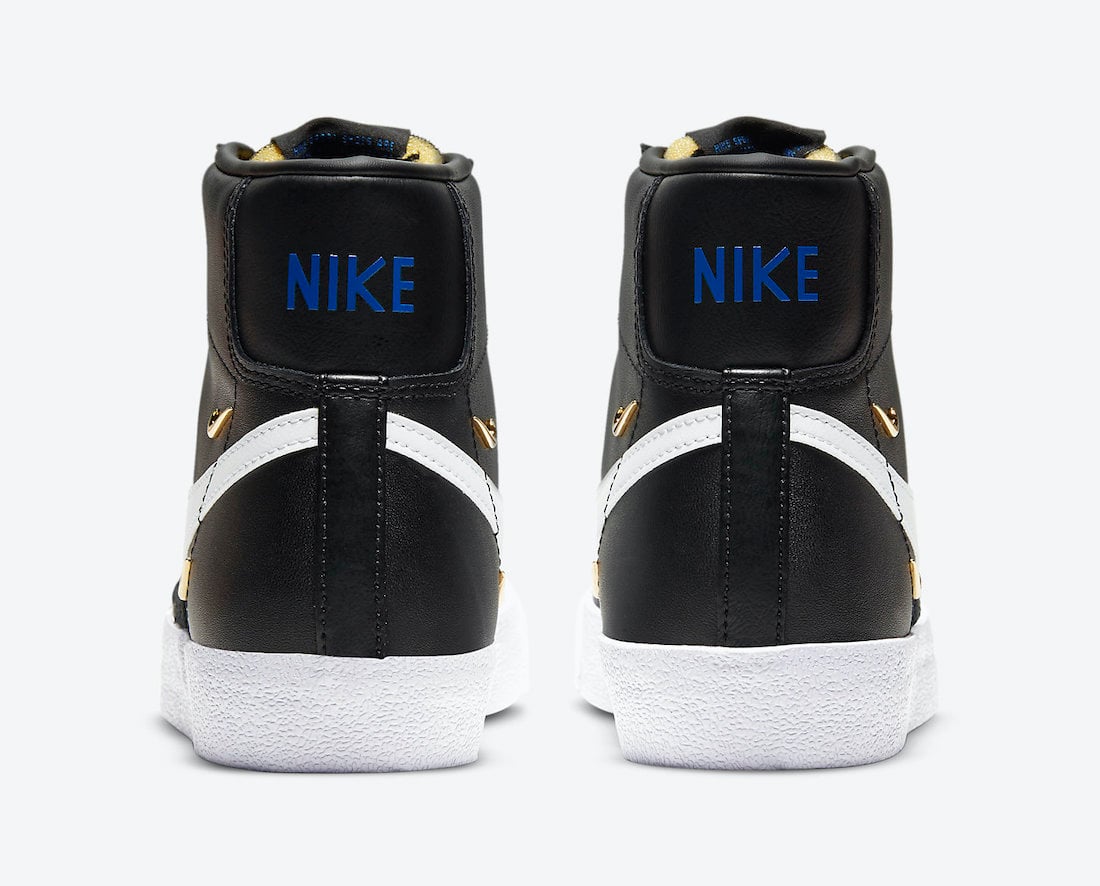