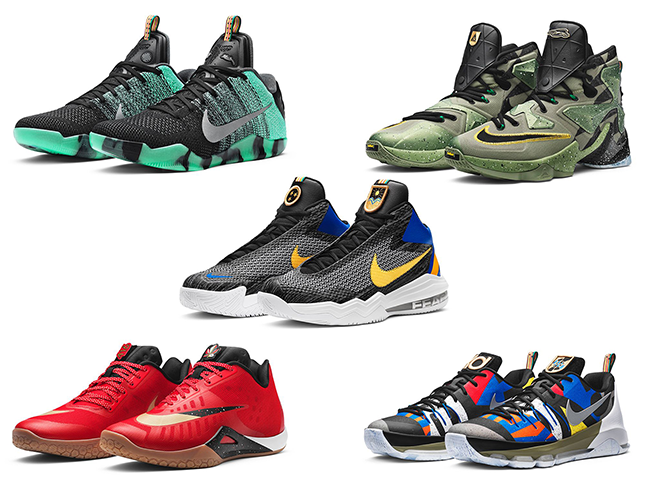 Keep scrolling to get a full viewing of the Nike Basketball Sport Royalty Collection which will debut at Nike Basketball retailers on February 11th, 2016. Retail prices range from $110 and go up to $220. Let us know if you plan on getting any of the 2016 All Star releases from Nike.

A sleek black upper with a glowing green pop is a nod to the luminescence of the Northern Lights. Unique molded leather detailing on the heel and tongue gives the KOBE 11 new dimensionality. 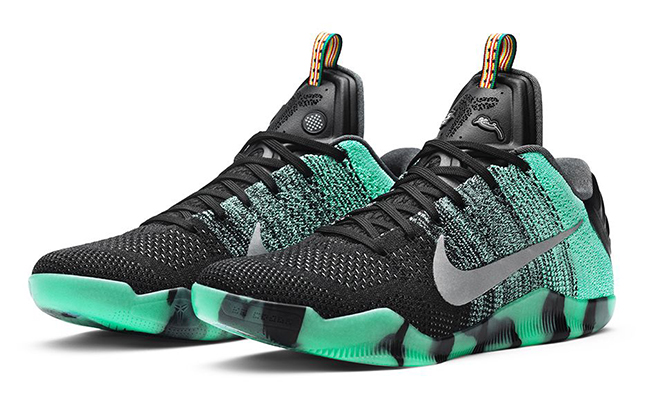 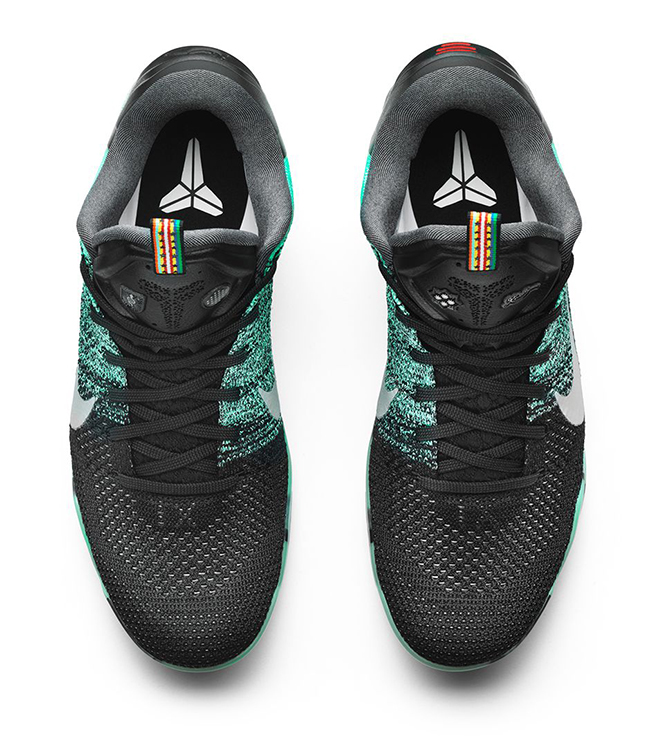 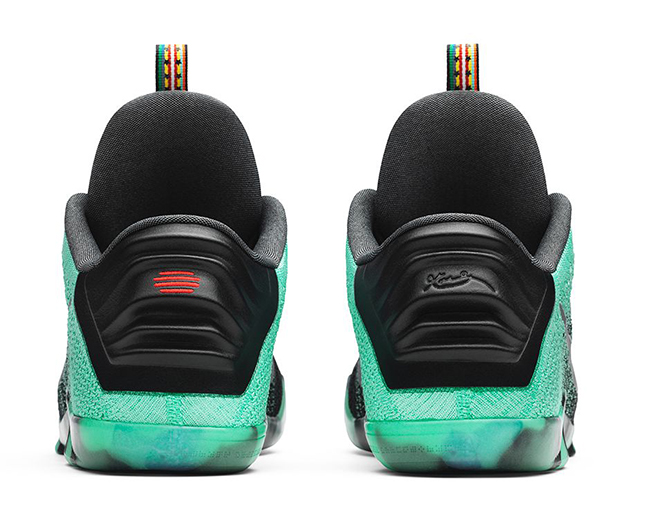 The LEBRON 13 features a grey-green upper — reminiscent of the neutral tones of Toronto’s winter — with graphic blocking similar to the KD8. An icy, marbled effect covers the outsole heels of James’s game shoe while pins honor the player’s on-court triumphs. 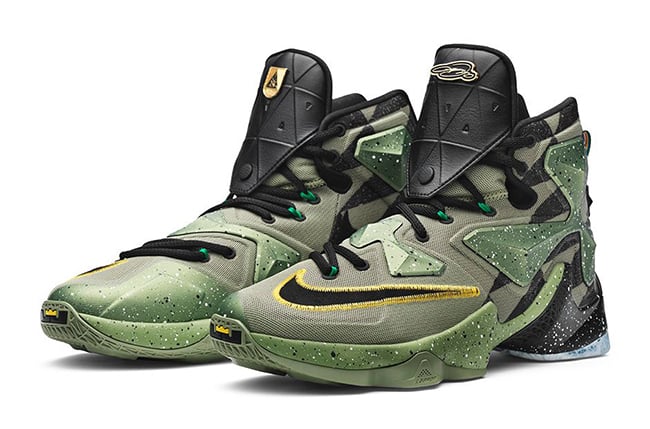 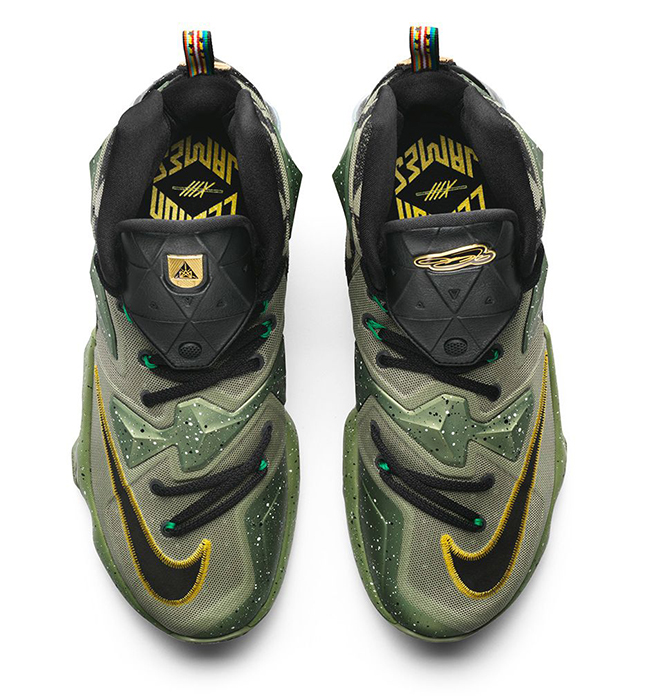 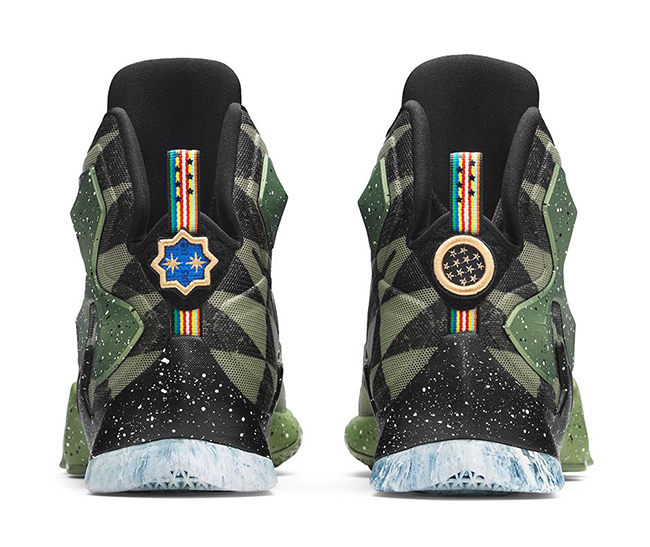 Modern blocking, inspired by the classic look of flags spotted throughout Toronto that represent the city’s internationalism, brings a fresh graphic twist to the KD8’s Flyweave upper. Removable patches adorn the heel and tongue, and a white and light blue marble graphic, which references Toronto’s icy winter weather, decorates the outsole. 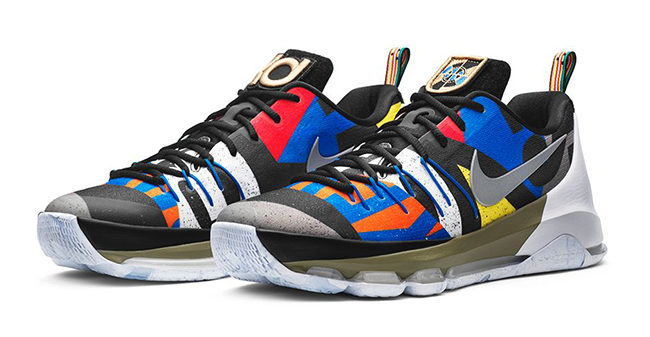 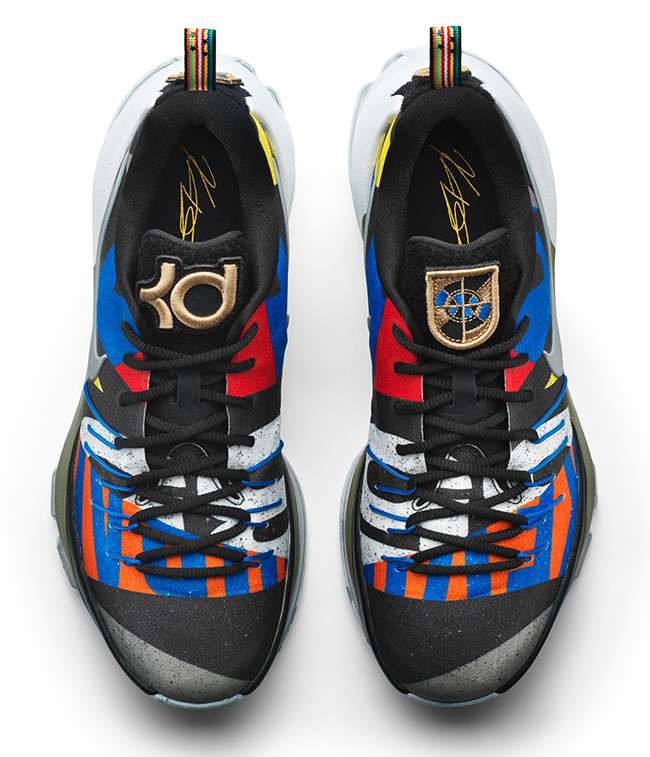 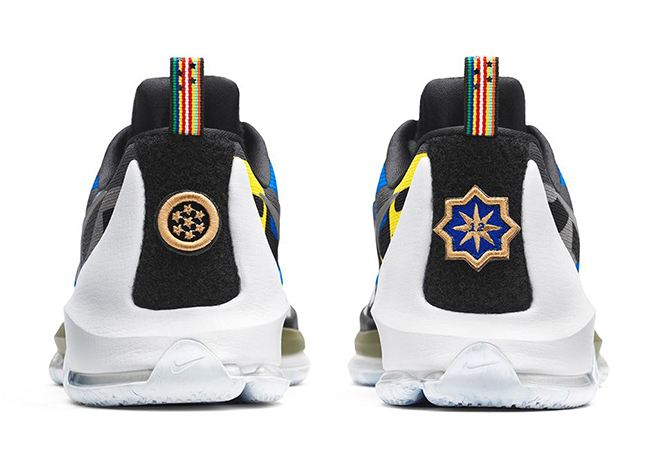 The Air Audacity brings the power of “The Brow” to the court, complete with a heathered textile upper and an embroidered crest detail on the tongue. 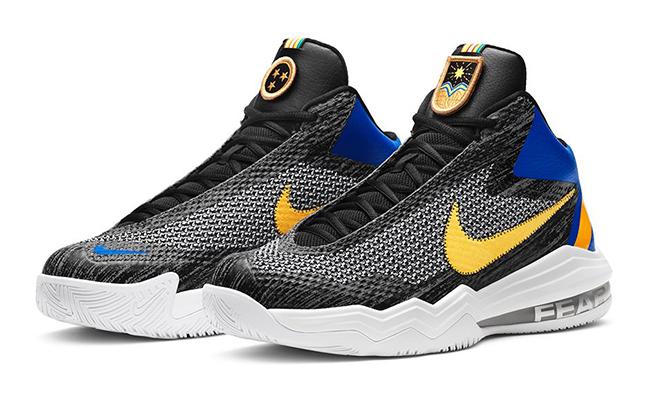 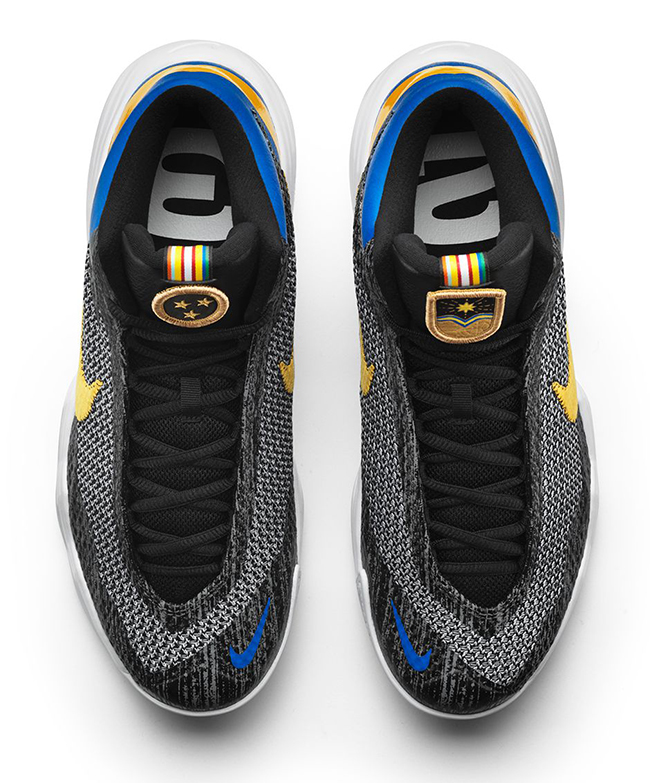 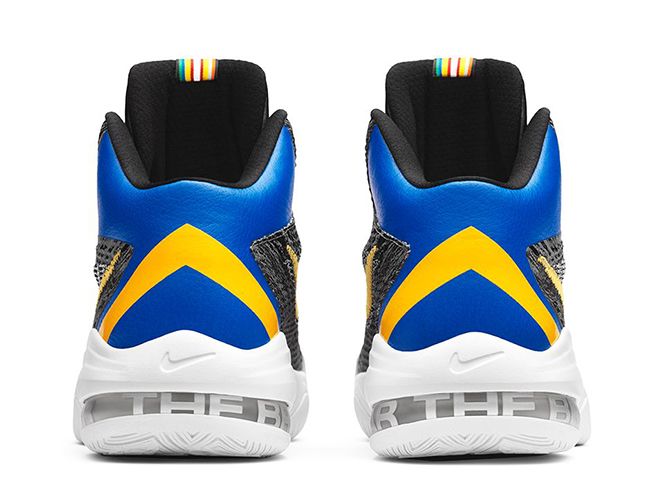 Paul George will make his fourth All-Star appearance in this special Hyperlive player-edition shoe, with a bold Canadian-red upper, maple-inspired gum outsole and leaf basketball logo. The shoe is recognized for its low-profile silhouette and lockdown support. 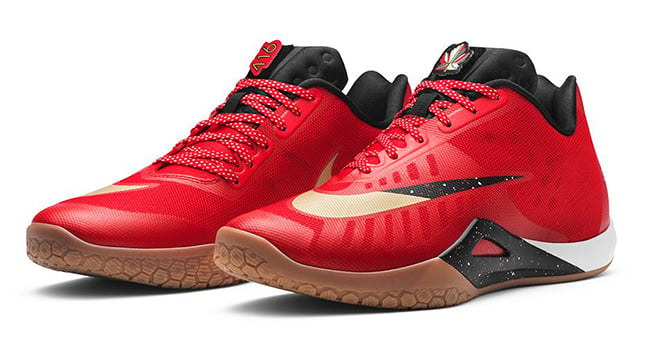 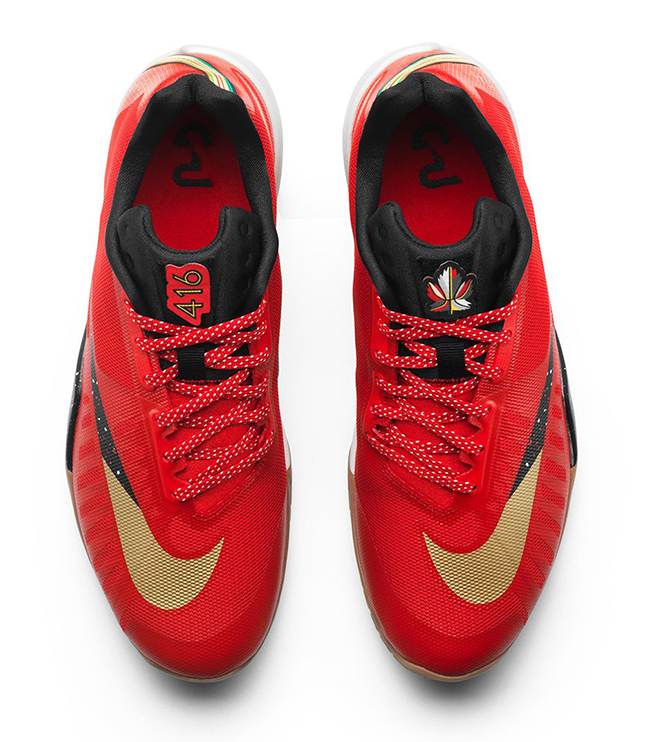 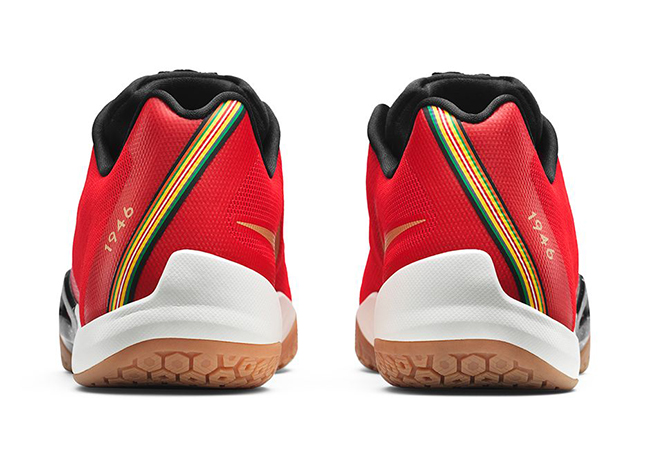