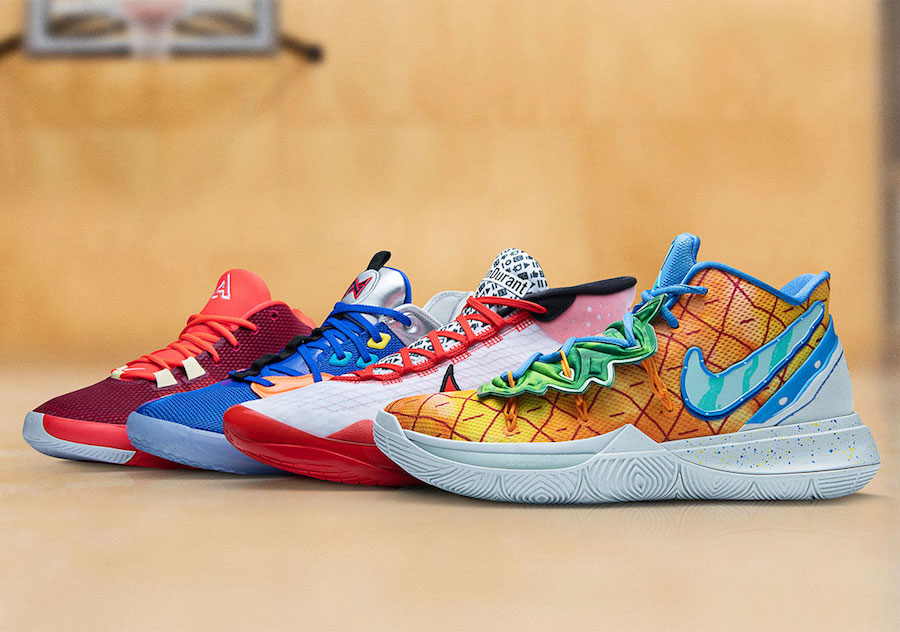 Mismatching orange and red forefoot wings wrap up the second NASA colorway of Paul George’s third signature shoe. The administration’s logo is printed on the heel and on the sockliner.

There’s no mistaking whose home this honors in the next installment of the KYRIE 5 x SpongeBob SquarePants series with its pineapple peel-inspired upper and a flytrap resembling the fruit’s leaf.

Awash in video console symbols through the heel, this KD12 has other details characteristic of the video platform, including Skip Ad copy on the rip-stop heel tag, a co-branded name graphic on the tongue and a search bar printed on the insole.

Fluorescent pinks and deep reds cover the upper in this colorway of Giannis Antetokounmpo’s first signature model, filled with a speckled Swoosh. 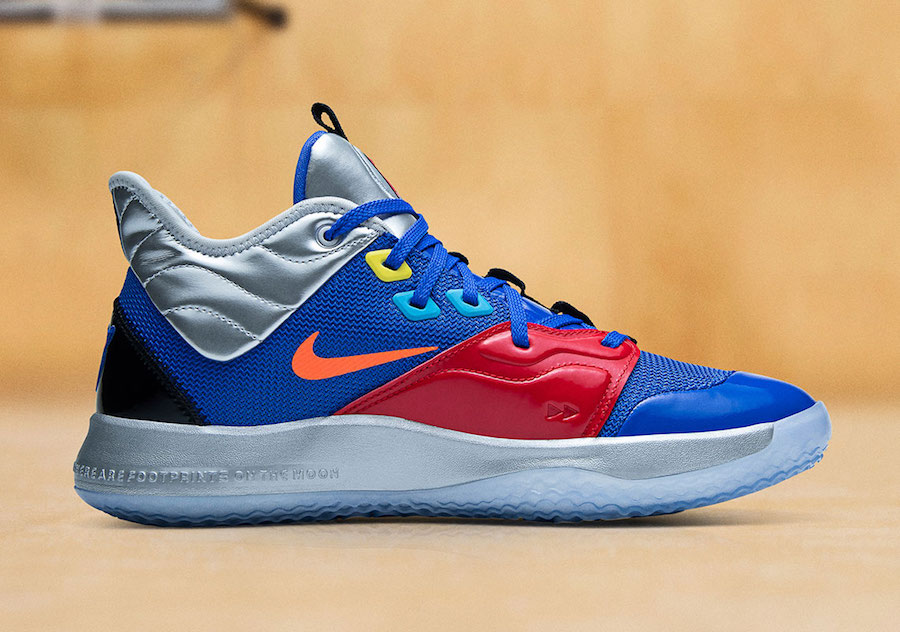 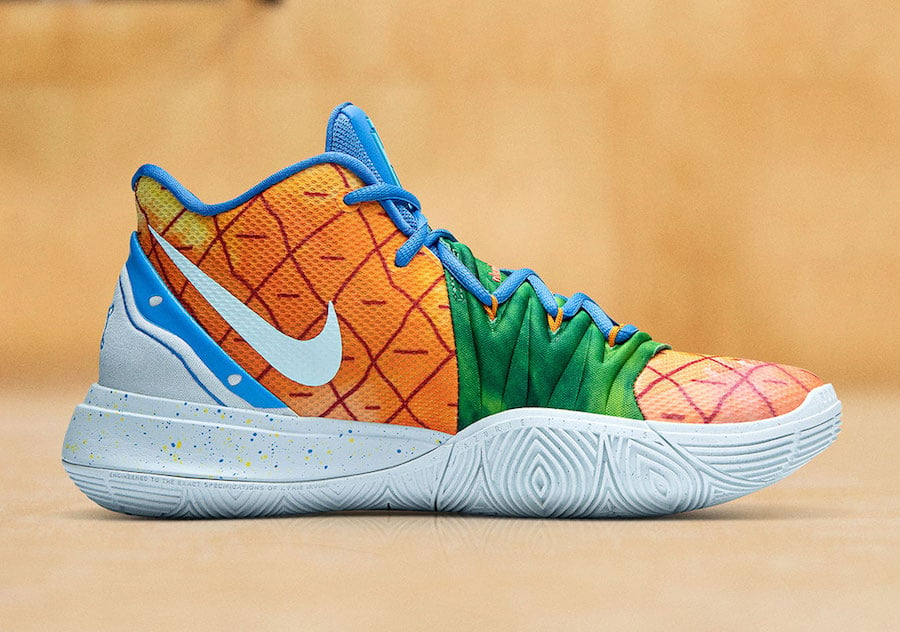 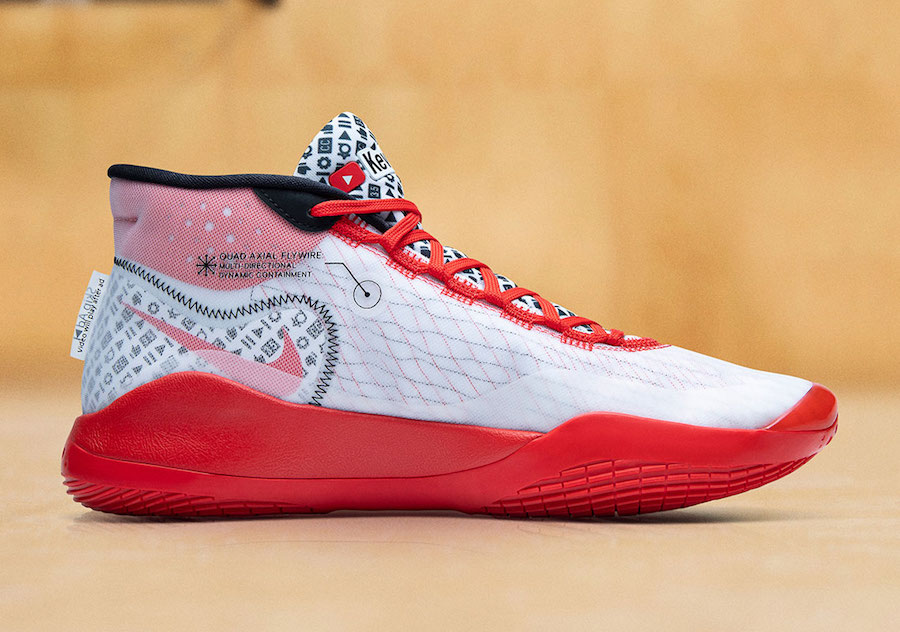 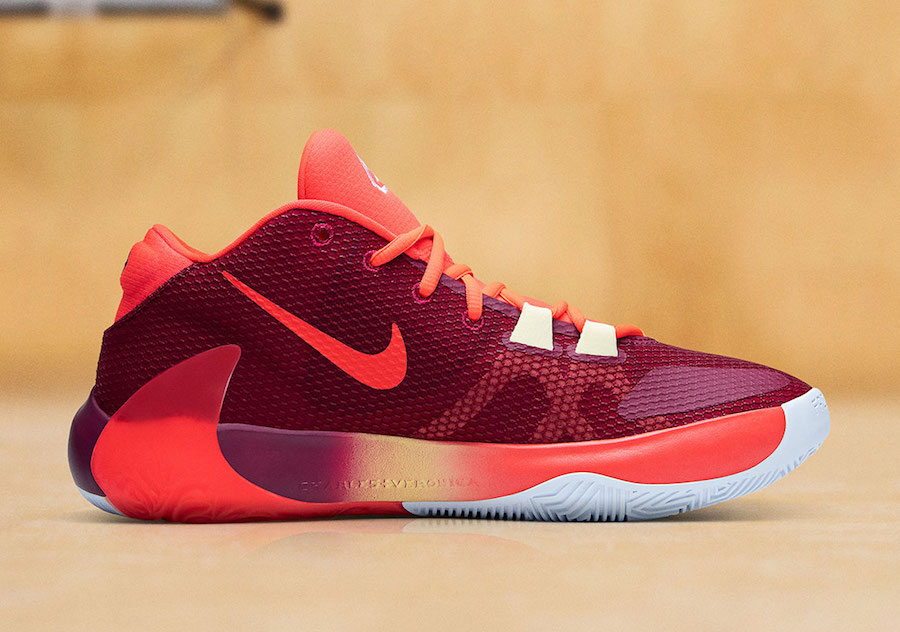