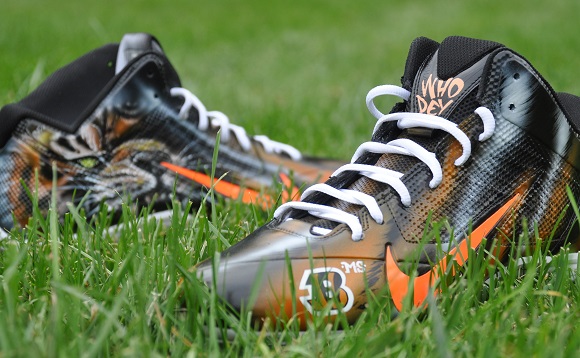 Last month, we gave you a look at the crazy custom Nike Alpha cleats made for Cincinnati Bengals star wide receiver A.J. Green by Kicks or Die’s DEZ Customz, featuring a theme based around the team’s namesake. Well, it looks like one of Green’s teammates took a liking to them, because today, we bring you a look at another DEZ Customz work of art commissioned by another Bengals receiver, known as the Nike Alpha “Bengal WhoDey”.

Created for Mohamed Sanu – the No. 2 receiver for the AFC North-leading Bengals – these stick to the Bengals theme seen on the pair made for Green, while maintaining their own distinct look. The cleats feature a mostly-black upper with orange and white accents, centered by a large orange Swoosh on each shoe. Both cleats features an airbrushed tiger stripe design, while the right predominantly features the fierce image of a roaring bengal’s face. Additional custom features include a Bengals “B” logo and Sanu’s initials on the left cleat’s toecap, while Sanu’s number (“12”) can be found on the right toecap. Lastly, the team’s catchphrase – “Who Dey” – can be found on the tongue of each shoe.

Hit the jump for a detailed look at these wild customs, and look for them on Sanu’s feet this weekend, as the Bengals face the Detroit Lions in a game between two beasts of the jungle and, surprisingly (on the Lions’ part, at least), the NFL this season. 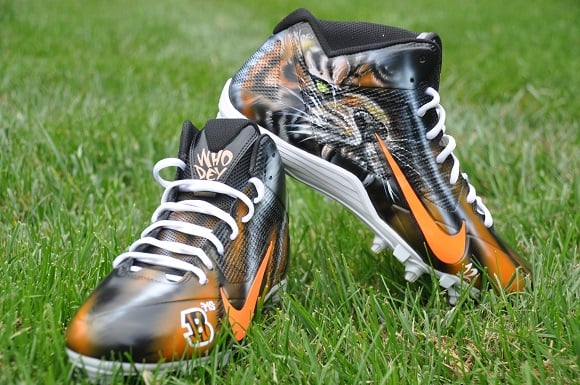 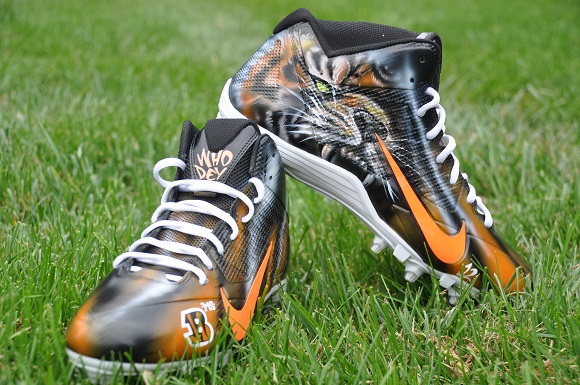 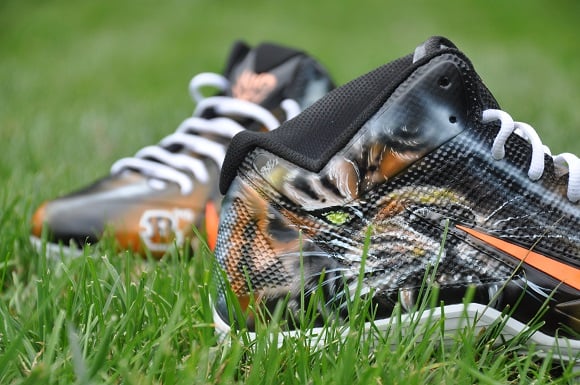 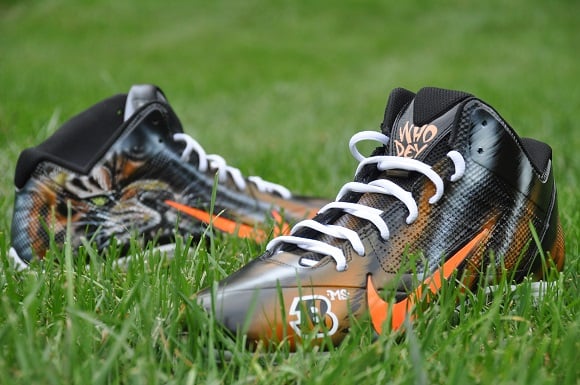 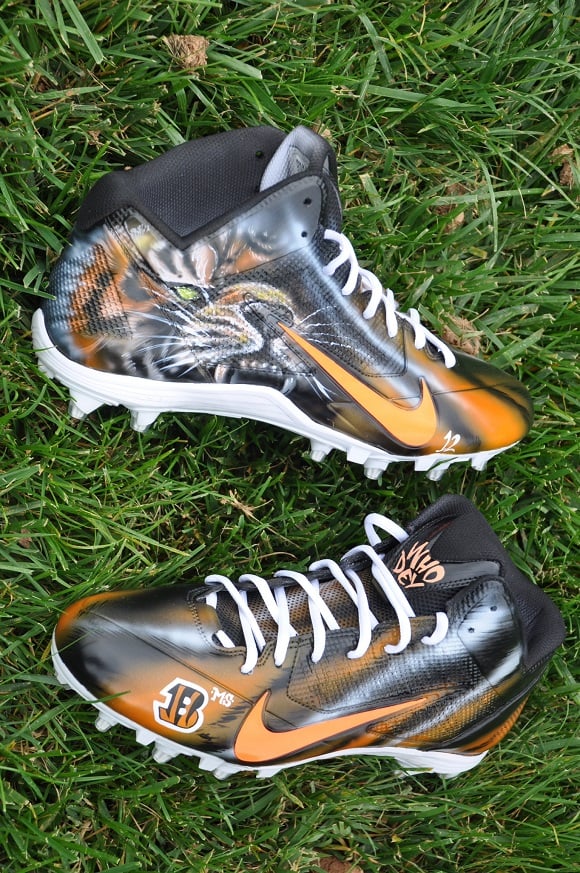 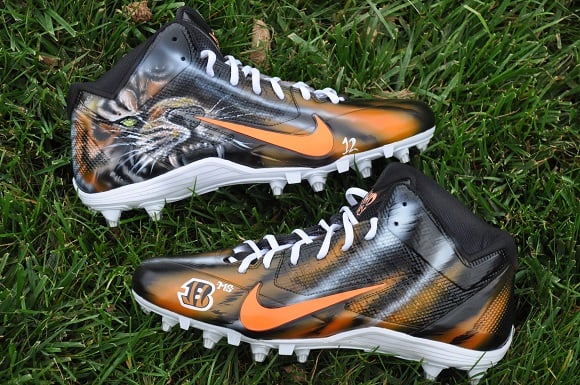