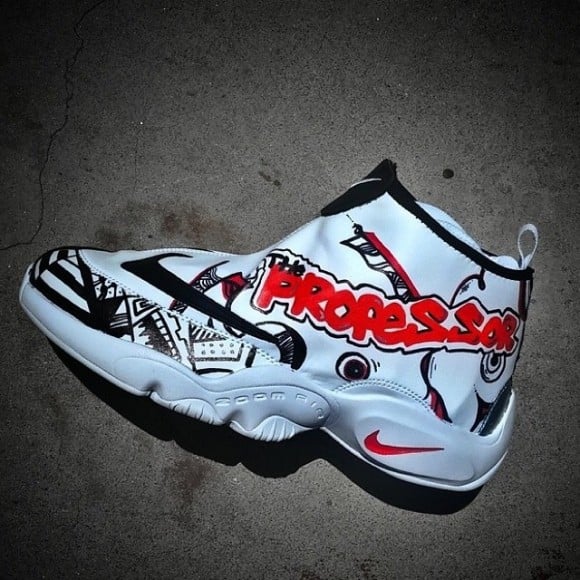 Last night, the entire streetball team, Ball Up, rocked pairs of custom trainers by California-based sneaker artist, Kickstradomis. Here’s a closer look at a special pair of Nike Air Zoom Flight “The Golves” he did for Grayson Boucher, AKA “The Professor.”

Kickstradomis tricked out an all white, Nike Air Zoom Flight “The Glove” for this ‘Ball Up’ rendition, featuring graffiti style artwork all over the uppers, in black and white, with accents of red. “Ball Up” and “The Professor” can be clearly seen scrolling across the smooth fabric on the uppers, in red font. Boggling eyeballs and tribal-like patterns cover other parts of the shoes, giving these kicks some wild aesthetics. Accents of red continue to appear within the artwork, and with the Nike branding on the midsole.

We all know The Professor has got some mad skills, but let’s not forget Kickstradomis’ impressive work with the paintbrush! These are absolutely sick, and wild enough for a baller, like The Professor. Keep scrolling for some close ups on these ‘Ball Up Gloves’ now! 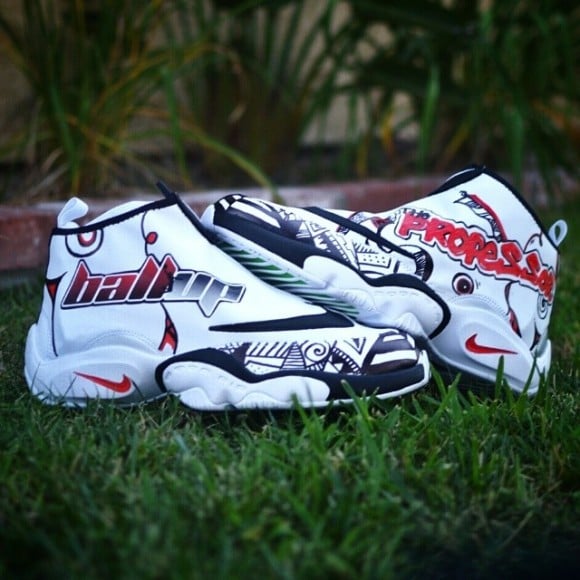 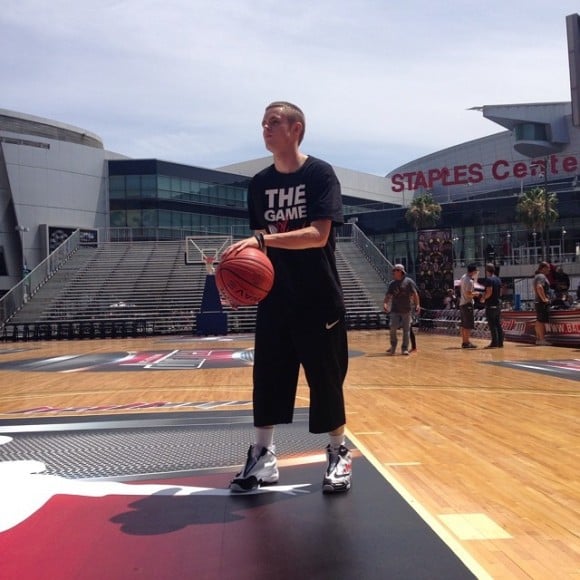 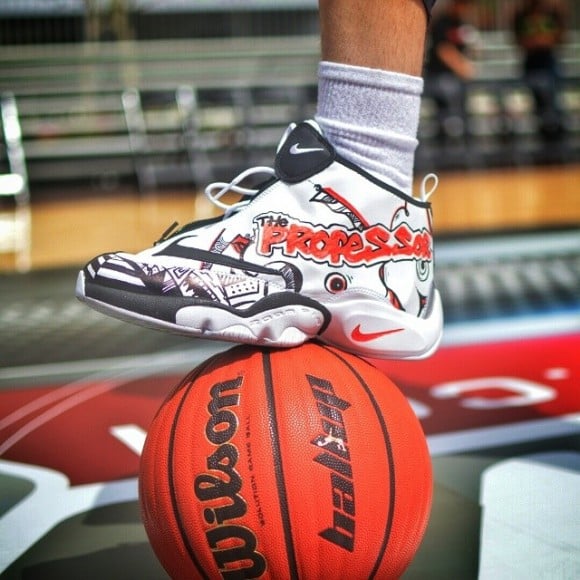