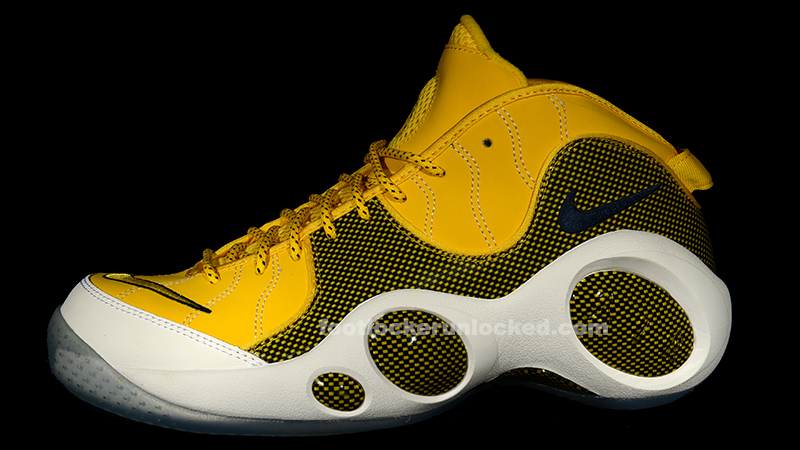 In the 1994 the Dallas Mavericks made Jason Kidd the second overall pick in the NBA Draft – taking the reigning Pac-10 Player of the Year from the University of California. In his rookie season, Kidd averaged 11.7 points, 5.4 rebounds, and 7.7 assists per game and led the league in triple doubles. After sharing Rookie of the Year honors with Grant Hill during the 1994-1995 season, Nike gave Kidd a signature shoe – the Air Zoom Flight 95.

There are currently two colorways of the J Kidds available at House of Hoops by Foot Locker now. One, a tour yellow/mid navy-white colorway, is a clear shout out to Kidd’s college colors where his #5 jersey is retired. The university red/white-mid navy versin of the Air Zoom Flight 95 pays homage to Kidd’s time with the New Jersey Nets where he led the team to two back to back NBA Finals appearance in 2002 and 2003. Kidd’s number appears on the tongue of both pairs of kicks and both colorways have icy soles with Jason Kidd’s brand logo visible through the outsole.

Both colorways of the Nike Air Zoom Flight 95 J Kidd PE are available at House of Hoops by Foot Locker now for $140. 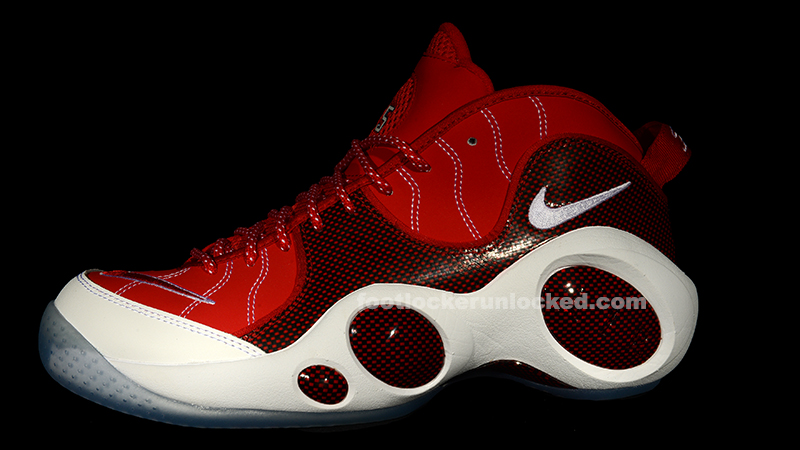