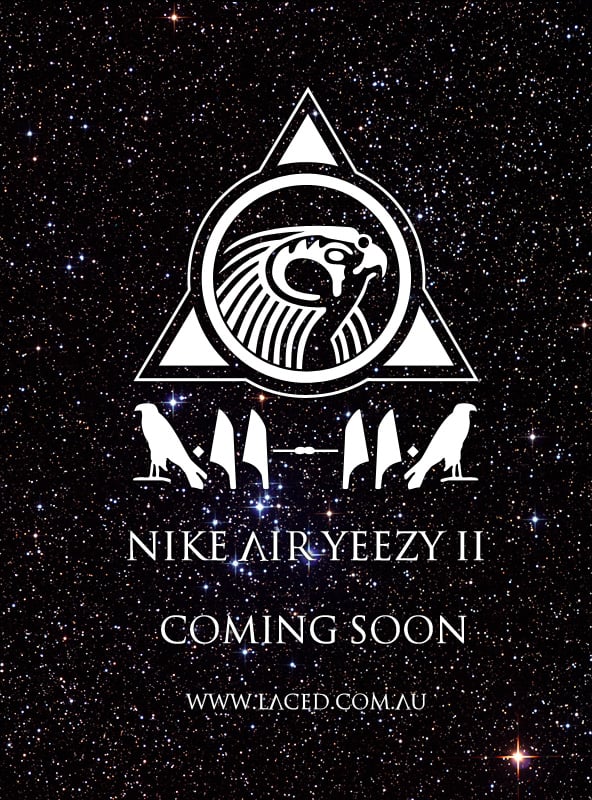 It appears that there may finally be some solid release info for the debut of the Nike Air Yeezy 2.

According to Australian store Laced, the highly anticipated kicks will see a global launch on June 9 with both the Wolf Grey/Pure Platinum and Black/Solar Red pairs available at the spot on day 1. Many have said that a third colorway would release that day as well, but Laced makes no mention of any additional makeups.

With the release now less than a month away, expect Nike to release official release details in the weeks ahead and be sure to check with your local spot to see if they’ll be stocking the release as these are said to be more limited than the original Yeezy.