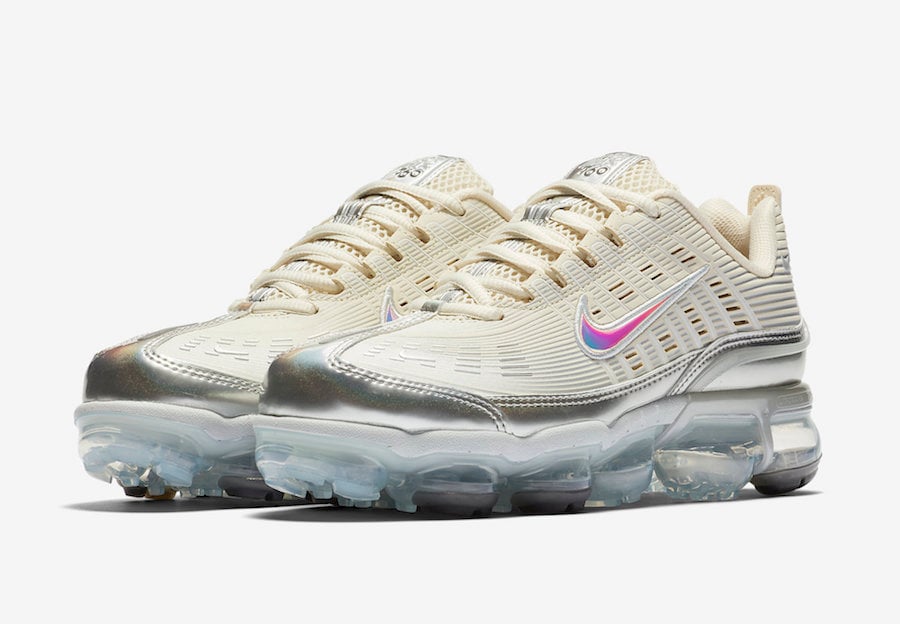 With the new year here, we have multiple color options of the Air VaporMax 360 which features the Air Max 360 upper and sits on a full length VaporMax Air unit.

Looking closer this pair comes with Cream across the upper while iridescent covers the Swoosh logos on the sides. Silver iridescent is then placed on the mudguard while ‘2020’ lands on the eyelets which replaces ‘2006’ which is seen on the original 360. Finishing the look is a translucent VaporMax Air unit.

Currently a release date for this Air VaporMax 360 has yet to be announced however they are expected to arrive soon at select retailers including Nike.com. Continue to scroll below to check out more photos for a closer look. 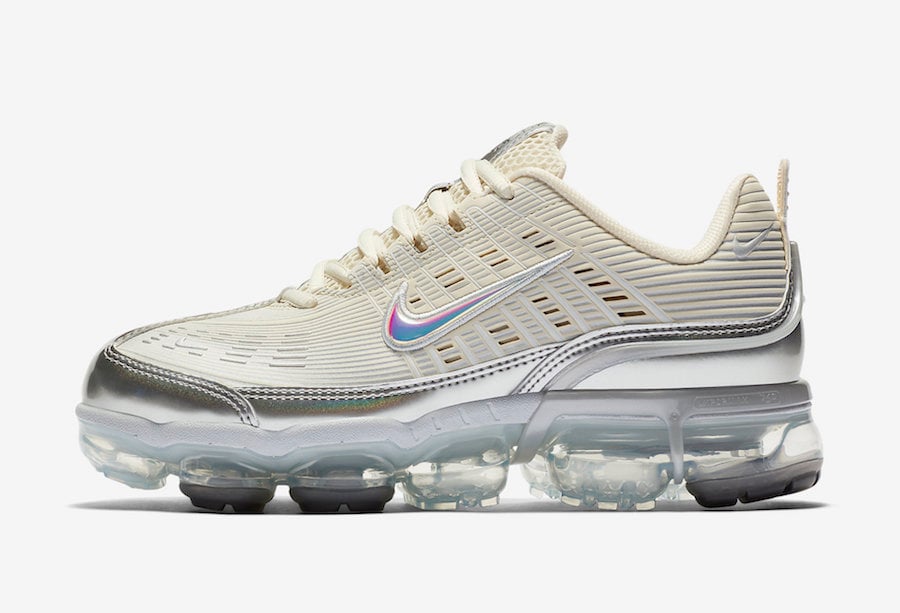 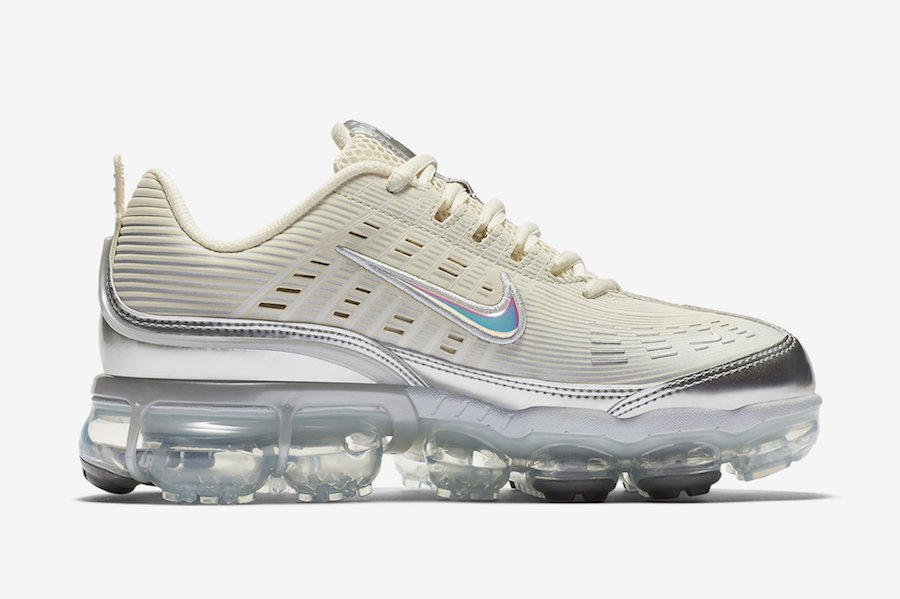 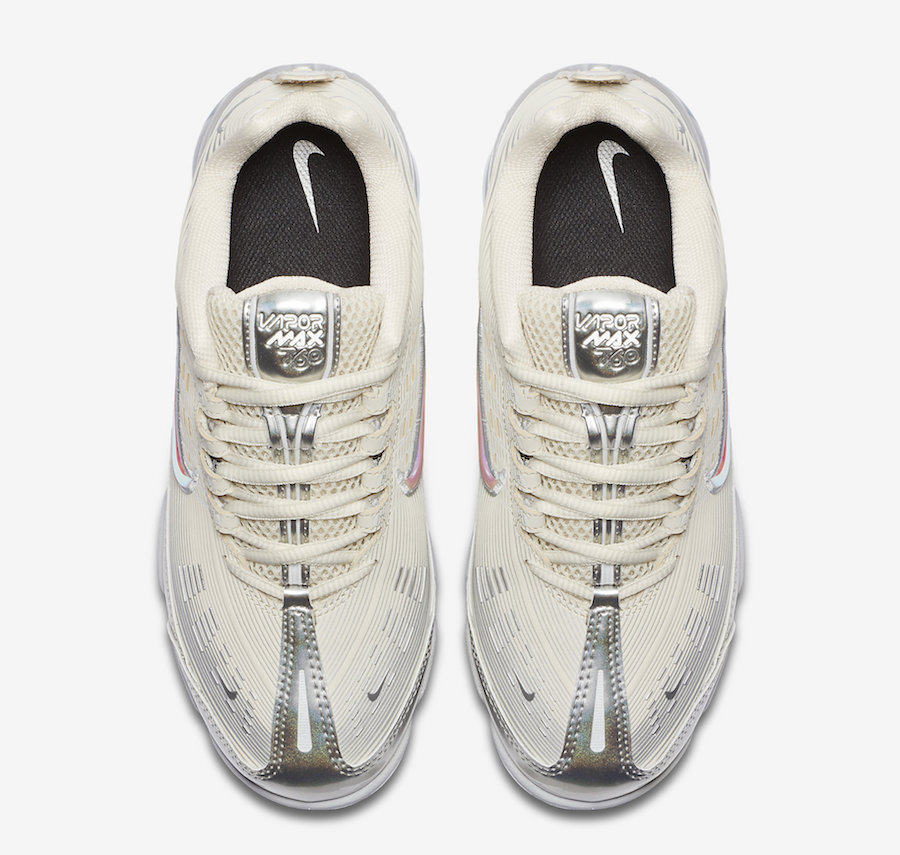 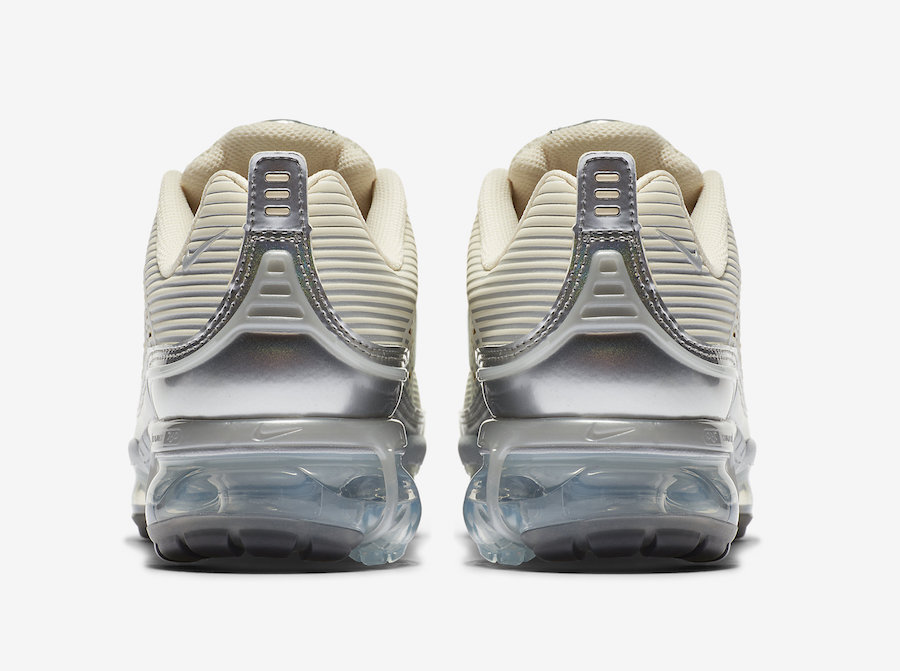 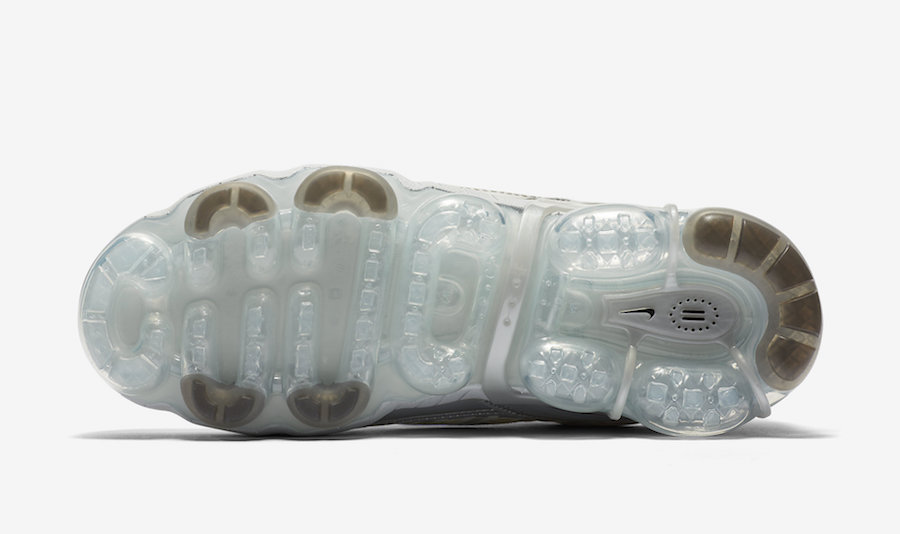